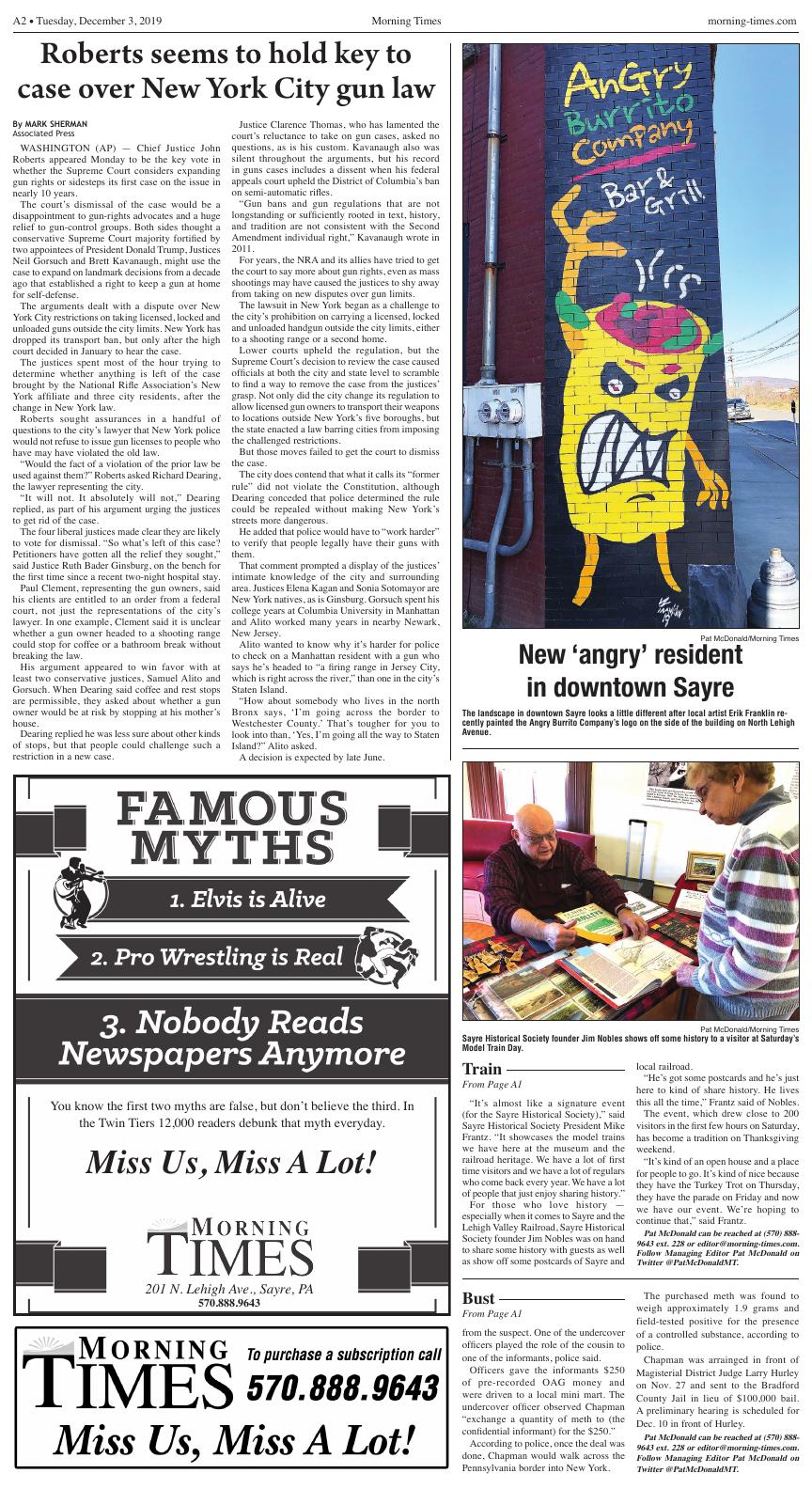 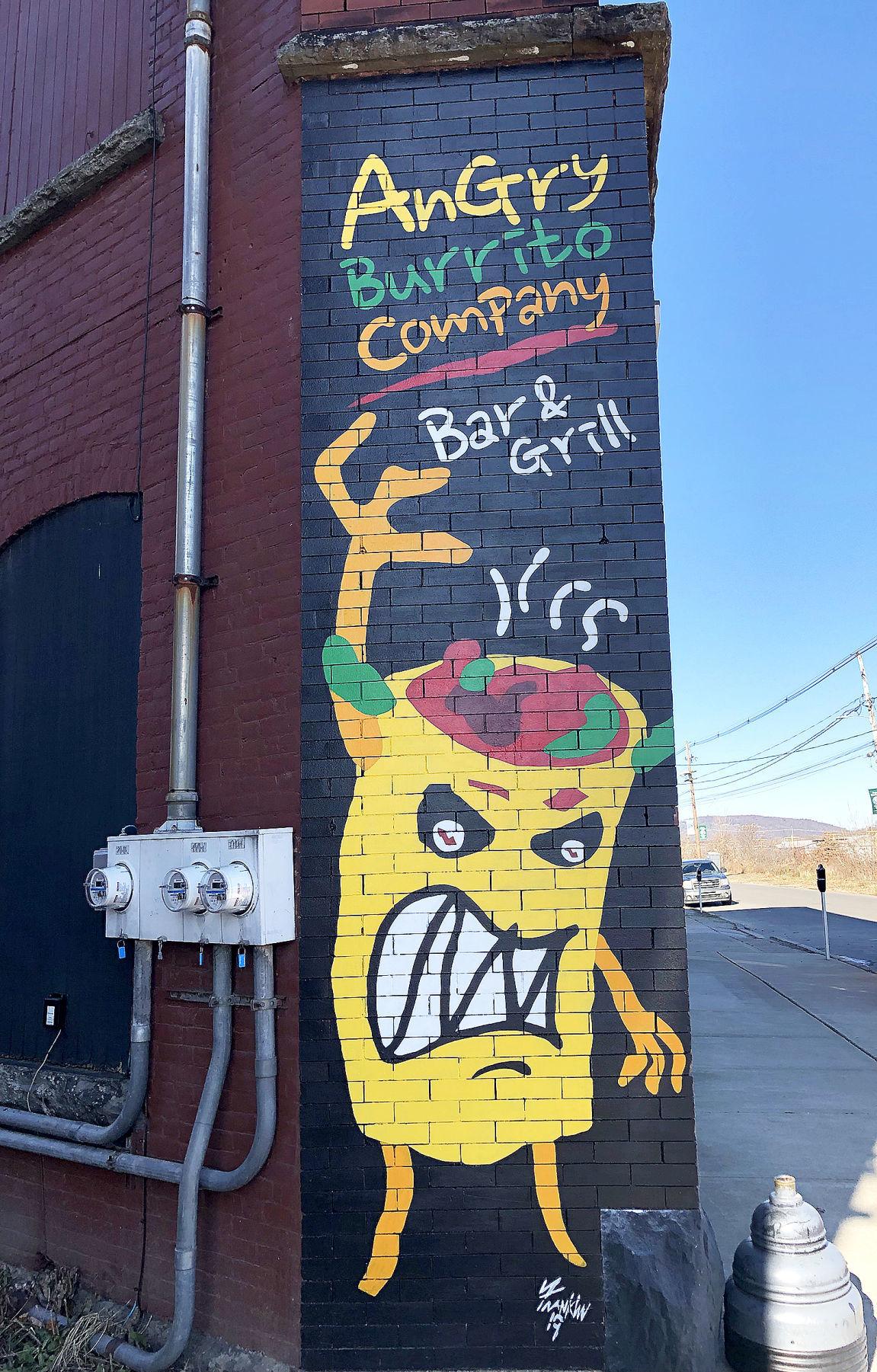 The landscape in downtown Sayre looks a little different after local artist Erik Franklin recently painted the Angry Burrito Company’s logo on the side of the building on North Lehigh Avenue.

A vendor shows off a LEGO train display to a visitor at the Sayre Historical Society’s Model Train Day.

SAYRE — The Sayre Historical Society welcomed visitors of all ages to the annual Model Train Day on Saturday.

For those who love history — especially when it comes to Sayre and the Lehigh Valley Railroad, Sayre Historical Society founder Jim Nobles was on hand to share some history with guests as well as show off some postcards of Sayre and local railroad.

“He’s got some postcards and he’s just here to kind of share history. He lives this all the time,” Frantz said of Nobles.

The event, which drew close to 200 visitors in the first few hours on Saturday, has become a tradition on Thanksgiving weekend.

“It’s kind of an open house and a place for people to go. It’s kind of nice because they have the Turkey Trot on Thursday, they have the parade on Friday and now we have our event. We’re hoping to continue that,” said Frantz.

SAYRE — A Sayre man who was caught up in a Bradford County Drug Task Force operation is sitting in the Bradford County Jail on charges from an incident in November of last year.

Joshua Max Chapman, 27, was one of 26 individuals caught up in a seven-month long undercover drug operation led by the county task force and the Pennsylvania Attorney General’s office.

Chapman is facing felony counts of delivery of a controlled substance and criminal use of a communication facility.

According to the police affidavit, members of the task force and the AG’s office met with a pair of confidential informants in order to purchase crystal meth from Chapman on Nov. 1, 2018.

The confidential informants used Facebook messenger to contact Chapman and made arrangements to purchase meth from the suspect. One of the undercover officers played the role of the cousin to one of the informants, police said.

Officers gave the informants $250 of pre-recorded OAG money and were driven to a local mini mart. The undercover officer observed Chapman “exchange a quantity of meth to (the confidential informant) for the $250.”

According to police, once the deal was done, Chapman would walk across the Pennsylvania border into New York.

The purchased meth was found to weigh approximately 1.9 grams and field-tested positive for the presence of a controlled substance, according to police.

Chapman was arrainged in front of Magisterial District Judge Larry Hurley on Nov. 27 and sent to the Bradford County Jail in lieu of $100,000 bail. A preliminary hearing is scheduled for Dec. 10 in front of Hurley.