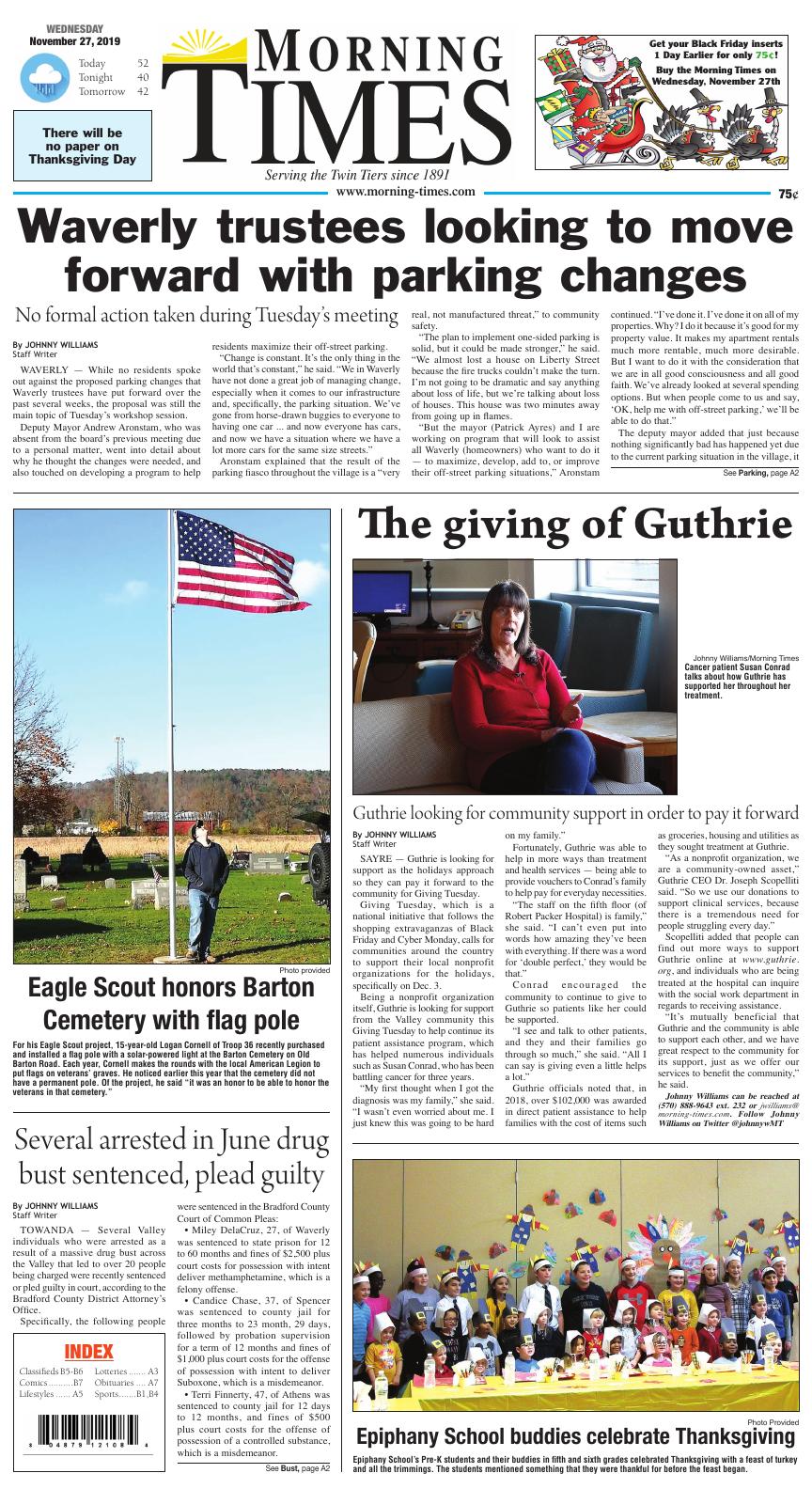 WAVERLY — While no residents spoke out against the proposed parking changes that Waverly trustees have put forward over the past several weeks, the proposal was still the main topic of Tuesday’s workshop session.

Deputy Mayor Andrew Aronstam, who was absent from the board’s previous meeting due to a personal matter, went into detail about why he thought the changes were needed, and also touched on developing a program to help residents maximize their off-street parking.

“Change is constant. It’s the only thing in the world that’s constant,” he said. “We in Waverly have not done a great job of managing change, especially when it comes to our infrastructure and, specifically, the parking situation. We’ve gone from horse-drawn buggies to everyone to having one car ... and now everyone has cars, and now we have a situation where we have a lot more cars for the same size streets.”

Aronstam explained that the result of the parking fiasco throughout the village is a “very real, not manufactured threat,” to community safety.

“The plan to implement one-sided parking is solid, but it could be made stronger,” he said. “We almost lost a house on Liberty Street because the fire trucks couldn’t make the turn. I’m not going to be dramatic and say anything about loss of life, but we’re talking about loss of houses. This house was two minutes away from going up in flames.

“But the mayor (Patrick Ayres) and I are working on program that will look to assist all Waverly (homeowners) who want to do it — to maximize, develop, add to, or improve their off-street parking situations,” Aronstam continued. “I’ve done it. I’ve done it on all of my properties. Why? I do it because it’s good for my property value. It makes my apartment rentals much more rentable, much more desirable. But I want to do it with the consideration that we are in all good consciousness and all good faith. We’ve already looked at several spending options. But when people come to us and say, ‘OK, help me with off-street parking,’ we’ll be able to do that.”

The deputy mayor added that just because nothing significantly bad has happened yet due to the current parking situation in the village, it does not mean a change should not be made.

Aronstam added that the board was taking a leap forward with the changes, but that they were not being proposed for anything other than improving the community.

“No one on this board has a vested interest in changing the parking regulations or making people’s lives miserable,” he said. “They all have been voted in to represent the community to the best of their ability and make the best decisions for the citizens that they represent. These issues have, frankly, gone unaddressed because previous boards chose not to address them.”

Trustee Jerry Sinsabaugh echoed Aronstam’s words regarding past inaction by the board.

“I’ve been on this board a long time, and I’ve seen a lot of parking studies,” he said. “And it gets put on the back-burner, and then nothing happens. I want to thank (Aronstam and the parking committee). They did a great job on this. And I want to thank everyone else as well for sticking to this. I think it’s really going to work out for everybody.”

Officials noted that after fire department personnel offered rides on fire trucks to see the effects that parking has on emergency response, no one contacted the village to schedule a ride.

According to the proposed parking changes, there will be no parking allowed on:

• The west side of Pine Street from its intersection with Chemung Street north to Moore Street.

• The west side of Orange Street from its intersection with Chemung Street north to Moore Street.

• The east side of Cadwell Avenue from its intersection with Chemung Street north to Florence Street.

• The east side (changed from the west side) of Fulton Street from its intersection with Chemung Street north to Moore Street.

• The west side of Waverly Street from its intersection with Chemung Street north to Moore Street.

• The east side of the entire length of Lincoln Street.

• The south side of the entire length of Florence Street.

• The south side of the entire length of Blizzard Street.

• The north side of the entire length of Park Place.

• The east side of the entire length of Wilbur Street.

• The south side of the entire length of Clinton Avenue.

• The east side of the entire length of Center Street.

• The east side of Orchard Street from its intersection with Chemung Street north to Liberty Street.

• The north side of Providence Street from its intersection with Spaulding Street west to Pennsylvania Avenue.

• The north side of Elm Street from its intersection with Spaulding Street west to Pennsylvania Avenue.

• Both sides of Ithaca Street between Chemung and Spaulding streets.

Cancer patient Susan Conrad talks about how Guthrie has supported her throughout her treatment.

SAYRE — Guthrie is looking for support as the holidays approach so they can pay it forward to the community for Giving Tuesday.

Giving Tuesday, which is a national initiative that follows the shopping extravaganzas of Black Friday and Cyber Monday, calls for communities around the country to support their local nonprofit organizations for the holidays, specifically on Dec. 3.

Being a nonprofit organization itself, Guthrie is looking for support from the Valley community this Giving Tuesday to help continue its patient assistance program, which has helped numerous individuals such as Susan Conrad, who has been battling cancer for three years.

“My first thought when I got the diagnosis was my family,” she said. “I wasn’t even worried about me. I just knew this was going to be hard on my family.”

Fortunately, Guthrie was able to help in more ways than treatment and health services — being able to provide vouchers to Conrad’s family to help pay for everyday necessities.

“The staff on the fifth floor (of Robert Packer Hospital) is family,” she said. “I can’t even put into words how amazing they’ve been with everything. If there was a word for ‘double perfect,’ they would be that.”

Conrad encouraged the community to continue to give to Guthrie so patients like her could be supported.

“I see and talk to other patients, and they and their families go through so much,” she said. “All I can say is giving even a little helps a lot.”

Guthrie officials noted that, in 2018, over $102,000 was awarded in direct patient assistance to help families with the cost of items such as groceries, housing and utilities as they sought treatment at Guthrie.

“As a nonprofit organization, we are a community-owned asset,” Guthrie CEO Dr. Joseph Scopelliti said. “So we use our donations to support clinical services, because there is a tremendous need for people struggling every day.”

Scopelliti added that people can find out more ways to support Guthrie online at www.guthrie.org, and individuals who are being treated at the hospital can inquire with the social work department in regards to receiving assistance.

“It’s mutually beneficial that Guthrie and the community is able to support each other, and we have great respect to the community for its support, just as we offer our services to benefit the community,” he said. 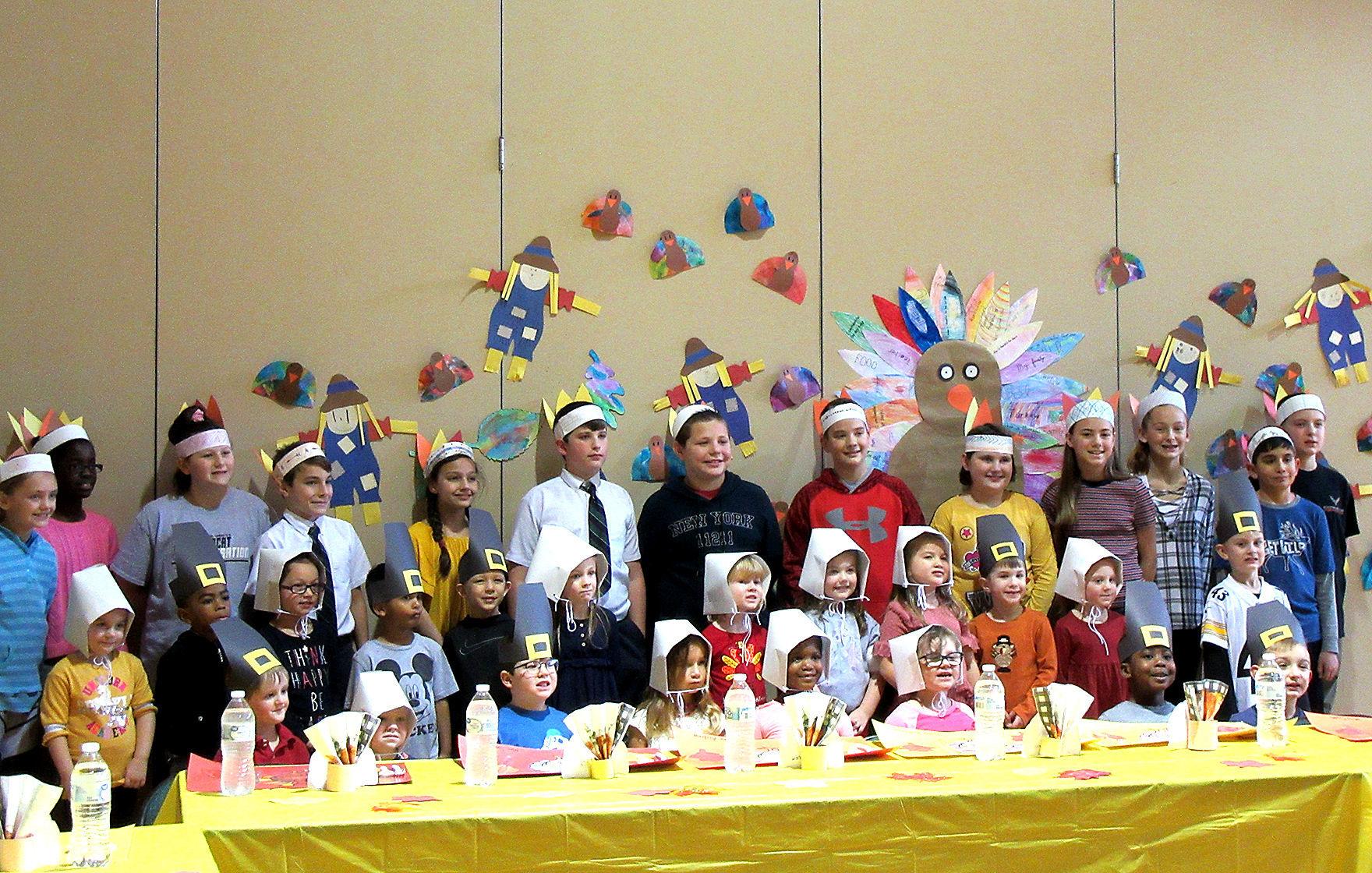 Epiphany School’s Pre-K students and their buddies in fifth and sixth grades celebrated Thanksgiving with a feast of turkey and all the trimmings. The students mentioned something that they were thankful for before the feast began. 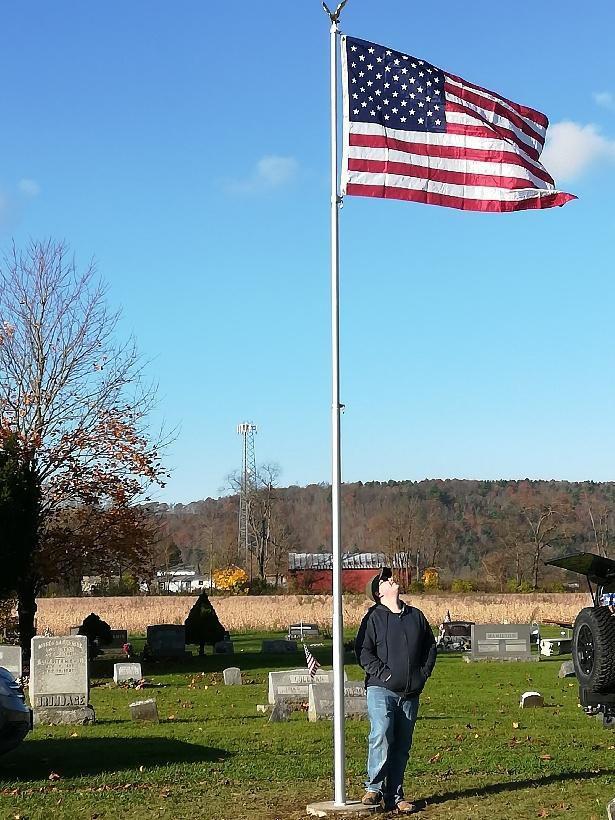 For his Eagle Scout project, 15-year-old Logan Cornell of Troop 36 recently purchased and installed a flag pole with a solar-powered light at the Barton Cemetery on Old Barton Road. Each year, Cornell makes the rounds with the local American Legion to put flags on veterans’ graves. He noticed earlier this year that the cemetery did not have a permanent pole. Of the project, he said “it was an honor to be able to honor the veterans in that cemetery.”

TOWANDA — Several Valley individuals who were arrested as a result of a massive drug bust across the Valley that led to over 20 people being charged were recently sentenced or pled guilty in court, according to the Bradford County District Attorney’s Office.

Specifically, the following people were sentenced in the Bradford County Court of Common Pleas:

• Miley DelaCruz, 27, of Waverly was sentenced to state prison for 12 to 60 months and fines of $2,500 plus court costs for possession with intent deliver methamphetamine, which is a felony offense.

• Candice Chase, 37, of Spencer was sentenced to county jail for three months to 23 month, 29 days, followed by probation supervision for a term of 12 months and fines of $1,000 plus court costs for the offense of possession with intent to deliver Suboxone, which is a misdemeanor.

• Terri Finnerty, 47, of Athens was sentenced to county jail for 12 days to 12 months, and fines of $500 plus court costs for the offense of possession of a controlled substance, which is a misdemeanor.

Additionally, The DA’s office noted that Billie Jo Lantz, 29, of Sayre recently pleaded guilty to possession with intent to deliver, which is a felony offense. She is scheduled to be sentenced on Jan. 13.

The aforementioned individuals were part of an operation led by the Bradford County Drug Task Force that resulted in the arrests of 26 people.

The investigation spanned seven months and included assistance from the Bradford County District Attorney’s Office, Pennsylvania Attorney General’s Office and officers from the police departments of Sayre, Athens Borough, Athens Township, Pennsylvania State Police, New York State Police and Elmira Police, as well as the Sheriff’s offices of Tioga, Broome and Chemung counties in New York. The operation was conducted from November of last year to May of this year.