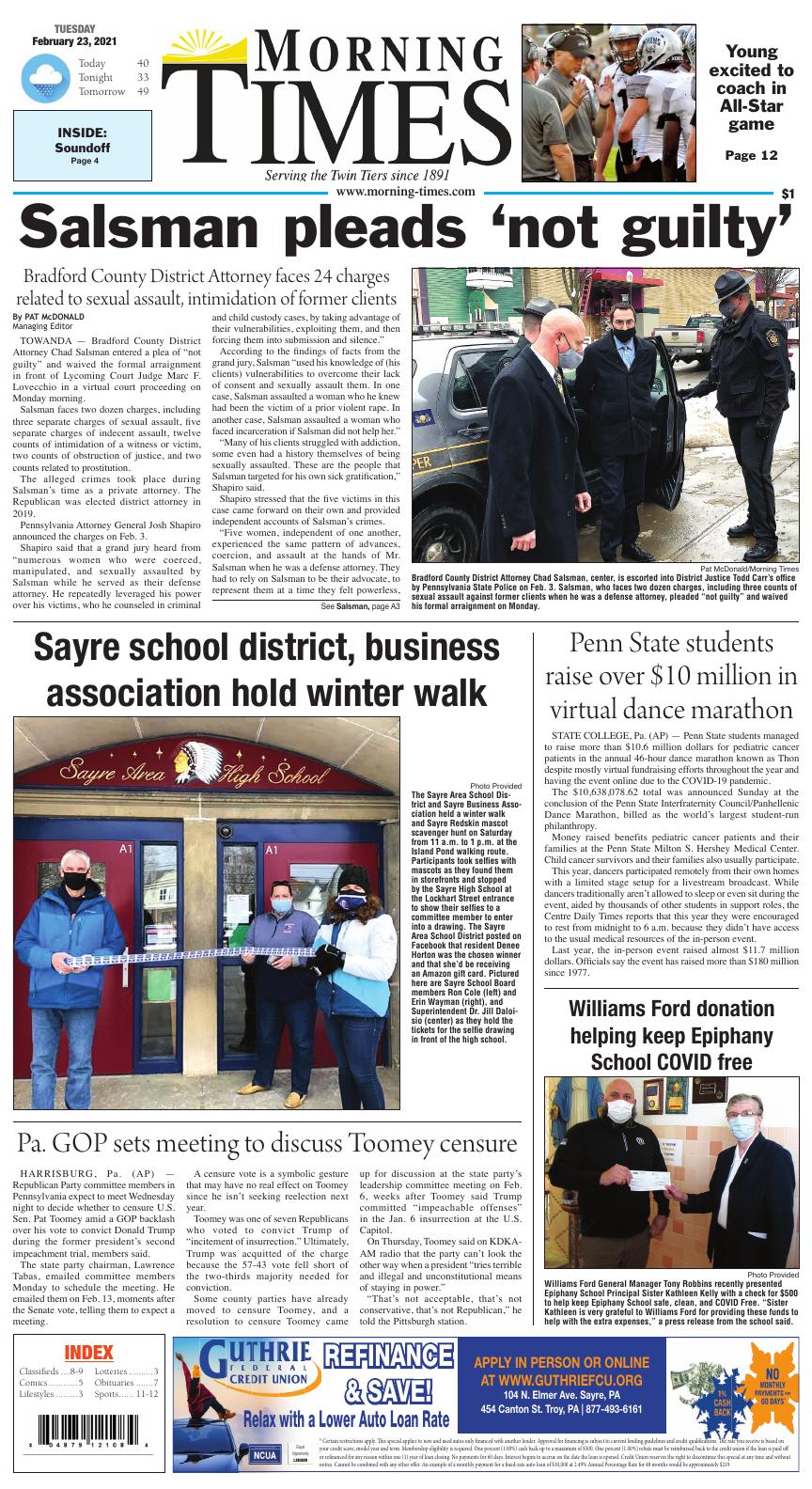 Bradford County District Attorney Chad Salsman, center, is escorted into District Justice Todd Carr’s office by Pennsylvania State Police on Feb. 3. Salsman, who faces two dozen charges, including three counts of sexual assault against former clients when he was a defense attorney, pleaded “not guilty” and waived his formal arraignment on Monday.

The alleged crimes took place during Salsman’s time as a private attorney. The Republican was elected district attorney in 2019.

Shapiro said that a grand jury heard from “numerous women who were coerced, manipulated, and sexually assaulted by Salsman while he served as their defense attorney. He repeatedly leveraged his power over his victims, who he counseled in criminal and child custody cases, by taking advantage of their vulnerabilities, exploiting them, and then forcing them into submission and silence.”

“Many of his clients struggled with addiction, some even had a history themselves of being sexually assaulted. These are the people that Salsman targeted for his own sick gratification,” Shapiro said.

Shapiro stressed that the five victims in this case came forward on their own and provided independent accounts of Salsman’s crimes.

“Five women, independent of one another, experienced the same pattern of advances, coercion, and assault at the hands of Mr. Salsman when he was a defense attorney. They had to rely on Salsman to be their advocate, to represent them at a time they felt powerless, and instead they were preyed upon,” said Shapiro.

“It’s critical to know that while these women shared similar stories of abuse, that’s actually where their commonalities ended. Most didn’t know one another and had no communication with the other victims,” Shapiro said later on in his press conference at the Bradford County Courthouse.

Salsman declared his innocence in a statement on Feb. 5.

“I am committed to going to trial and vigorously defending myself against these false allegations. I categorically deny the allegations. Anyone who knows me knows that the picture the attorney general is painting is not Chad Salsman. My attorney and I will present evidence of my innocence at the trial,” Salsman wrote.

Salsman has also refused to resign from his office.

“I will attempt to continue to serve as long as I can as your district attorney. I have turned over the trial and courtroom work to my assistants while all this is pending,” he wrote. “I will remain as district attorney and make policy decisions and administer the office. The Drug Task Force that I created will continue to work unabated and all the other policies and programs my administration has implemented to benefit Bradford County this past year will continue as well.”

There have been many calls for his resignation, including from Bradford County’s Child Advocate, the Abuse and Rape Crisis Center and a newly formed group of women voters.

“In this role, I have asked children and their families to trust the system. I have asked parents (and guardians) to entrust their children to me, and to you, as we prepare them to trudge through the darkest moments in their young lives,” Bradford County Child Advocate Megan S. Wells wrote.

“A horrifying majority of these children are victims of sexual assault. I have asked parents to send their vulnerable children into a room with a prosecutor from your office. I join these meetings when requested, where these children are prompted to recount the horrors they have suffered,” she continued. “I have asked that they trust you to adequately explore their stories and ready them to so bravely testify against their abusers.”

Wells then explained that she now feels she can no longer ask her clients to trust Salsman.

“Given the various findings outlined in the Grand Jury’s Presentment No. 14, I cannot in good conscience ask these parents to send their precious, vulnerable children to you. I cannot ask that they entrust you to seek justice for their babies while these charges are pursued,” she wrote. “I appreciate that you are innocent until proven guilty, that is indeed a hallmark of our criminal justice system.”

Then in underlined font, Wells asked Salsman to step away from his office.

“But you need not act in your role as district attorney until proven guilty. You can spare these children and these families additional trauma by taking leave from your office, in whatever form you so choose, while you pursue your various rights as a criminal defendant.”

Salsman, who is being represented by attorney Samuel C. Stretton of West Chester, is currently free on $500,000 bail as he awaits trial. 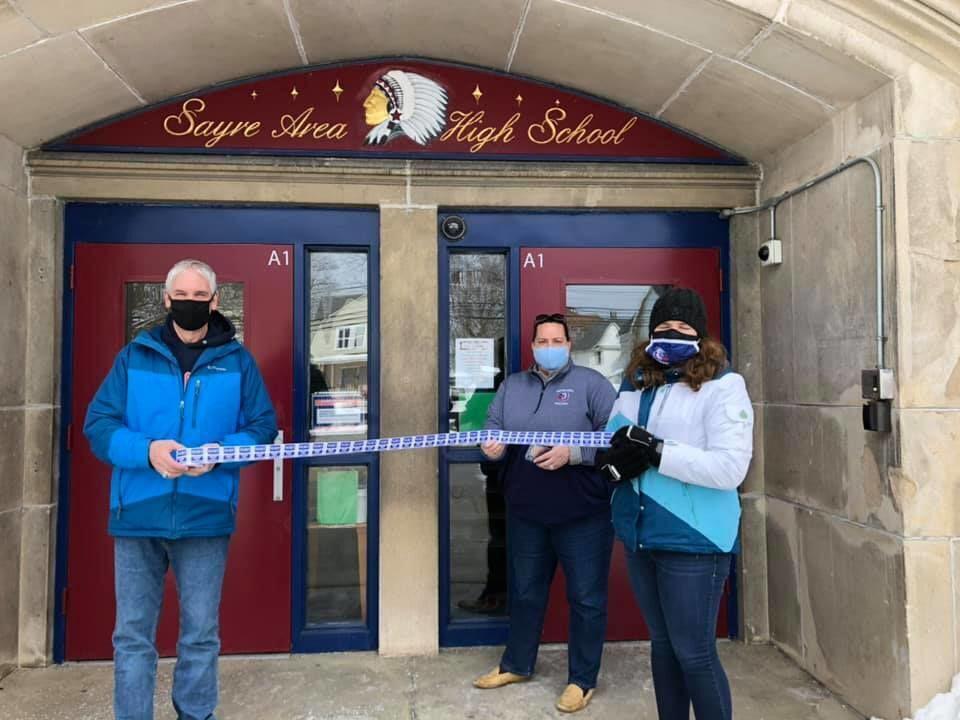 The Sayre Area School District and Sayre Business Association held a winter walk and Sayre Redskin mascot scavenger hunt on Saturday from 11 a.m. to 1 p.m. at the Island Pond walking route. Participants took selfies with mascots as they found them in storefronts and stopped by the Sayre High School at the Lockhart Street entrance to show their selfies to a committee member to enter into a drawing. The Sayre Area School District posted on Facebook that resident Denee Horton was the chosen winner and that she’d be receiving an Amazon gift card. Pictured here are Sayre School Board members Ron Cole (left) and Erin Wayman (right), and Superintendent Dr. Jill Daloisio (center) as they hold the tickets for the selfie drawing in front of the high school.

The state party chairman, Lawrence Tabas, emailed committee members Monday to schedule the meeting. He emailed them on Feb. 13, moments after the Senate vote, telling them to expect a meeting.

A censure vote is a symbolic gesture that may have no real effect on Toomey since he isn’t seeking reelection next year.

Toomey was one of seven Republicans who voted to convict Trump of “incitement of insurrection.” Ultimately, Trump was acquitted of the charge because the 57-43 vote fell short of the two-thirds majority needed for conviction.

Some county parties have already moved to censure Toomey, and a resolution to censure Toomey came up for discussion at the state party’s leadership committee meeting on Feb. 6, weeks after Toomey said Trump committed “impeachable offenses” in the Jan. 6 insurrection at the U.S. Capitol.

On Thursday, Toomey said on KDKA-AM radio that the party can’t look the other way when a president “tries terrible and illegal and unconstitutional means of staying in power.” 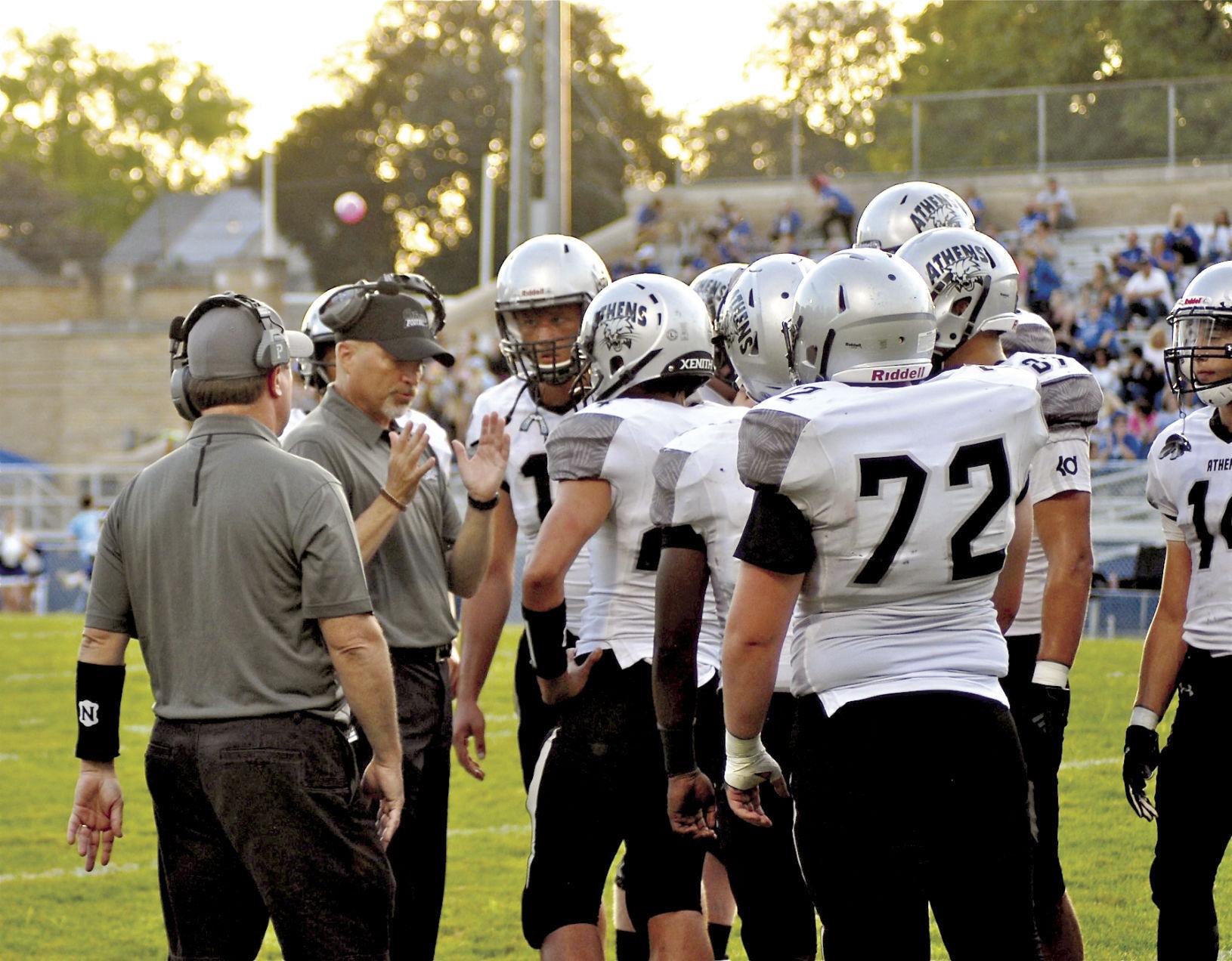 Athens Head Coach Jack Young, second from left, talks to the troops during a timeout in a game in 2019.

STATE COLLEGE, Pa. (AP) — Penn State students managed to raise more than $10.6 million dollars for pediatric cancer patients in the annual 46-hour dance marathon known as Thon despite mostly virtual fundraising efforts throughout the year and having the event online due to the COVID-19 pandemic.

The $10,638,078.62 total was announced Sunday at the conclusion of the Penn State Interfraternity Council/Panhellenic Dance Marathon, billed as the world’s largest student-run philanthropy.

This year, dancers participated remotely from their own homes with a limited stage setup for a livestream broadcast. While dancers traditionally aren’t allowed to sleep or even sit during the event, aided by thousands of other students in support roles, the Centre Daily Times reports that this year they were encouraged to rest from midnight to 6 a.m. because they didn’t have access to the usual medical resources of the in-person event. 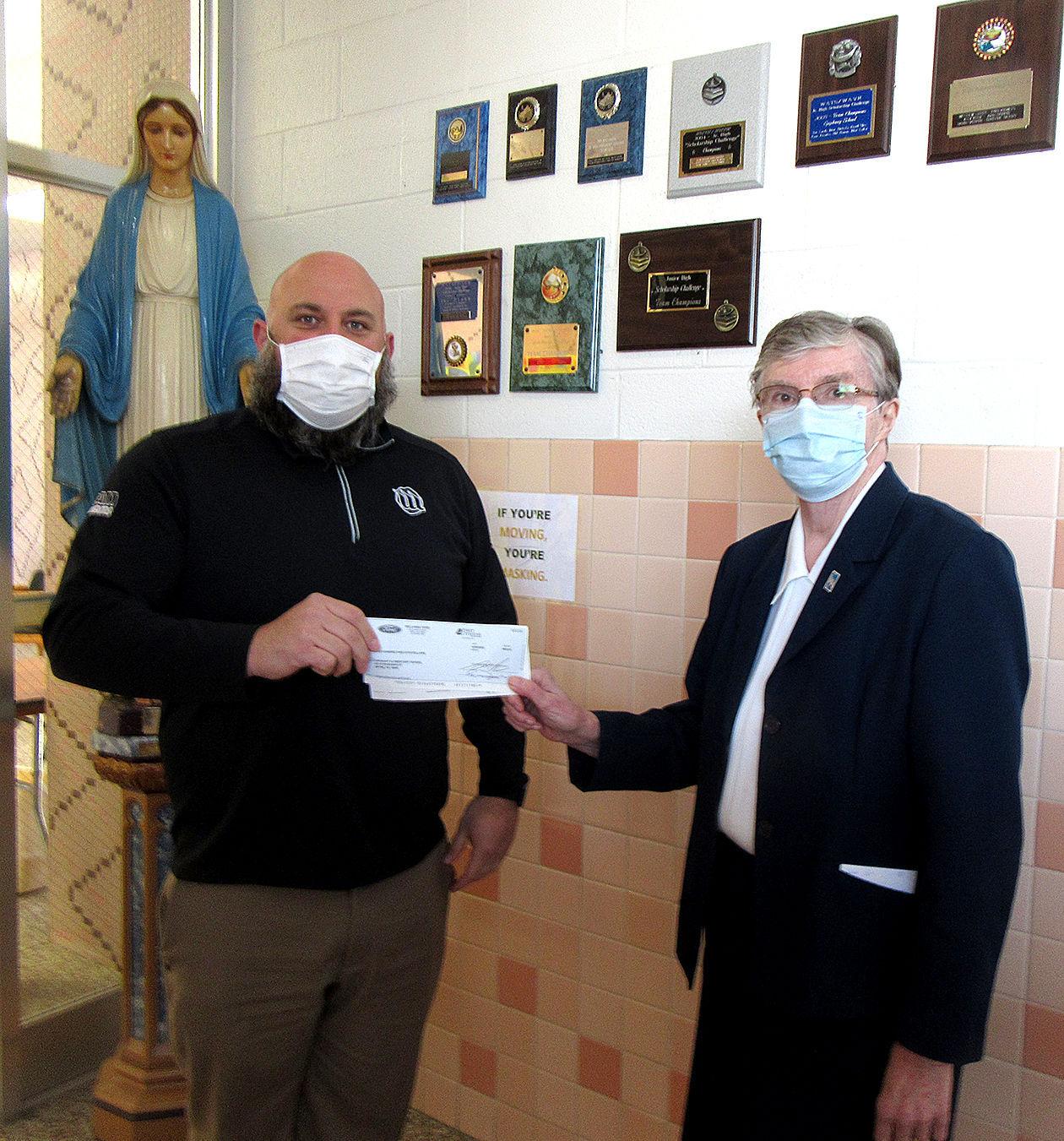