Waverly's Morgan Adams will head to Wells College in the fall. A three-sport standout for the Wolverines, she has committed to play volleyball and basketball for the Express and hopes to also play softball. 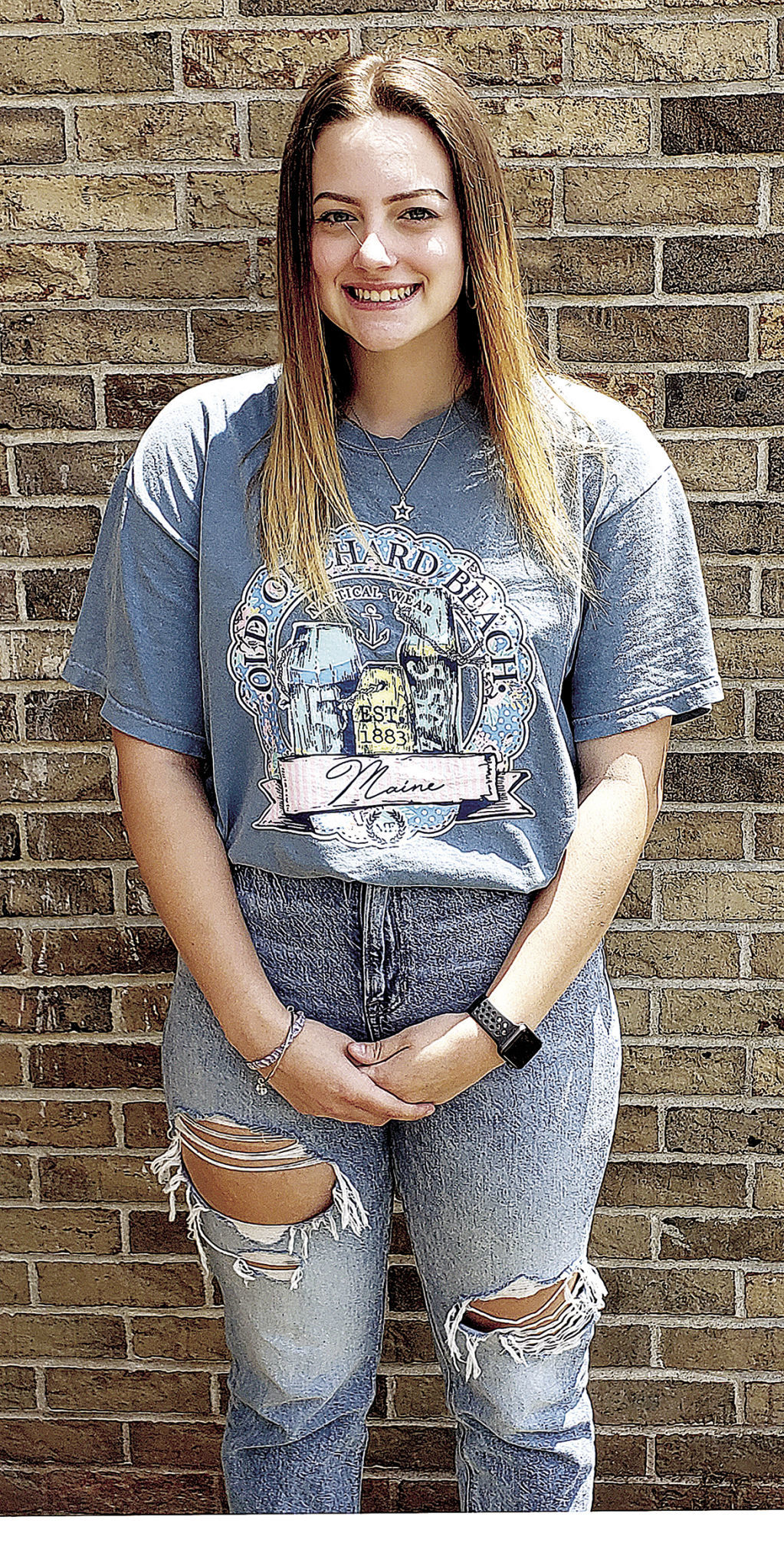 Waverly’s Morgan Adams will head to Wells College in the fall. A three-sport standout for the Wolverines, she has committed to play volleyball and basketball for the Express and hopes to also play softball.

Waverly's Morgan Adams will head to Wells College in the fall. A three-sport standout for the Wolverines, she has committed to play volleyball and basketball for the Express and hopes to also play softball.

Waverly’s Morgan Adams will head to Wells College in the fall. A three-sport standout for the Wolverines, she has committed to play volleyball and basketball for the Express and hopes to also play softball.

For Waverly senior Morgan Adams, the end of her high school career brings a mixture of excitement for the future and sadness for what she leaves behind.

“What’s next is graduation, actually,” she said. “I’m super excited abut that. I know a lot of people are. It’s been kind of rough trying to get together, but for the student council, including me as the president and all off the other officers, and talking to the seniors to see what we would prefer, we finally got it down where we want it. We’ll have all of the grads together at the same time, which is really good.”

Adams is heading to Wells College in Aurora, New York on the northern shore of Cayuga Lake where she will play volleyball and basketball — and may add softball “since I lost my senior season” — while pursuing a degree in business. She’s scheduled to move in on August 10 (the day for fall athletes to report).

“I guess we’ll get our temperature checked to make sure that we’re good to go to in-person classes. I haven’t heard anything about virtual classes yet.”

One thing that helps Wells is that it’s such a small school. Enrollment is in the neighborhood of 500 students.

“Our classes will have 20 students for lectures. The teachers all know the students by name and so does the president. You can have dinner with the president. He’s so nice.”

She said that Wells’ small size was a draw.

“Size is definitely one of the key factors for me. I always liked the idea of going to a big school with all the games and pep rallys and all of the stuff that’s going to be so much fun, but being able to talk with a professor one-on-one and have them know who you are and how you’re doing and key tips they can give you for classes and homework — I think that really does it for me because I know the experience of college will be overwhelming and I’m excited for that but I also want to do well academically. That’s one thing I was looking at.”

She also said that the volleyball program was a draw.

“My favorite sport is volleyball so I was focused on a school that would be good and competitive for me. Wells definitely is that.”

Wells went to Hawaii last season. Yes, they did go 0-4 out there, but the experience was certainly worth it.

Wells students can also take classes through Ithaca College and Cornell, which are at the other end of Cayuga Lake.

On the other side is the sadness of leaving.

“I do have quite a bit of sadness. I just feel disappointed in not having the last three months everybody got to have. Some people are ‘I’m ready to go. I’m so ready to leave this place’ I’m so jealous of how they can have so much excitement to leave. I spent the last four years in these hallways and it’s just ending like that. It’s crazy.

“I hear people say, ‘I’m leaving here and I’m never coming back.’ I don’t exactly want to live here but it’s still nice to come back to your roots. I used to live out in Massachusetts near Boston so it was not the best. Moving here (in fourth grade) was all like, ‘where are the sirens? I don’t hear any.’ It is nice compared to other places. People don’t understand.”

Adams said that she takes many lessons with her but is expecting to find many more along the way.

“When I leave here, I’m going to learn that it’s not a bad thing to ask for help. I’m such an independent person that I’m scared to ask or help, but it’s really a good thing to do. It’s not going to hurt you it’s actually going to benefit you and others around you because they might have the same question,” she said.

The last three months have seemed like years for many of us. For Adams and her classmates, this break in their lives will likely be seminal moments.

“It was not only tough physically, but I know for most people it was also tough mentally — not being able to see your friends and family but also the teachers and faculty here at the school — it’s like the normal routine you used to complain about every day just, poof, disappeared,” she said. “It was something that we aren’t used to and we’ve never seen before and we didn’t know how to handle it well. In my opinion, as time went on we got accustomed to it and started getting better at contacting people and hearing things out, especially with school.”

Adams said that she feels the experience will make her and her classmates stronger.

“I think that knowing that we went through something together that not a lot of people can say they did kind of makes us feel that we’re strong. It’s not a big deal if something like that happens again — we’ll know how to handle new circumstances and a new way of like. If the every day routing changes we know how to handle it now.”

Adams also had some words of wisdom for the next class.

And then, she blurted out, “don’t forget about academics. Don’t put it off until the last minute.”