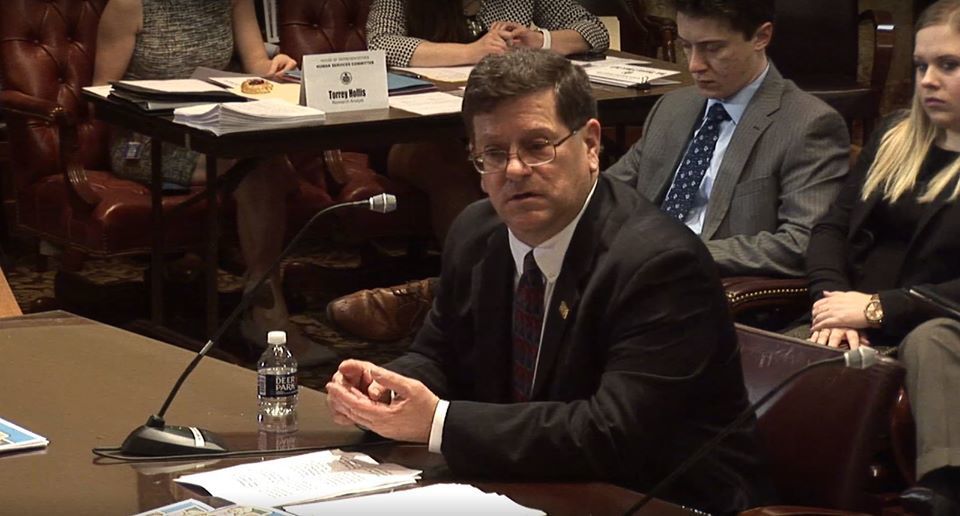 Bradford County Commissioner Ed Bustin, who passed away in April, is pictured here speaking before the House Human Services Committee in Harrisburg in February. 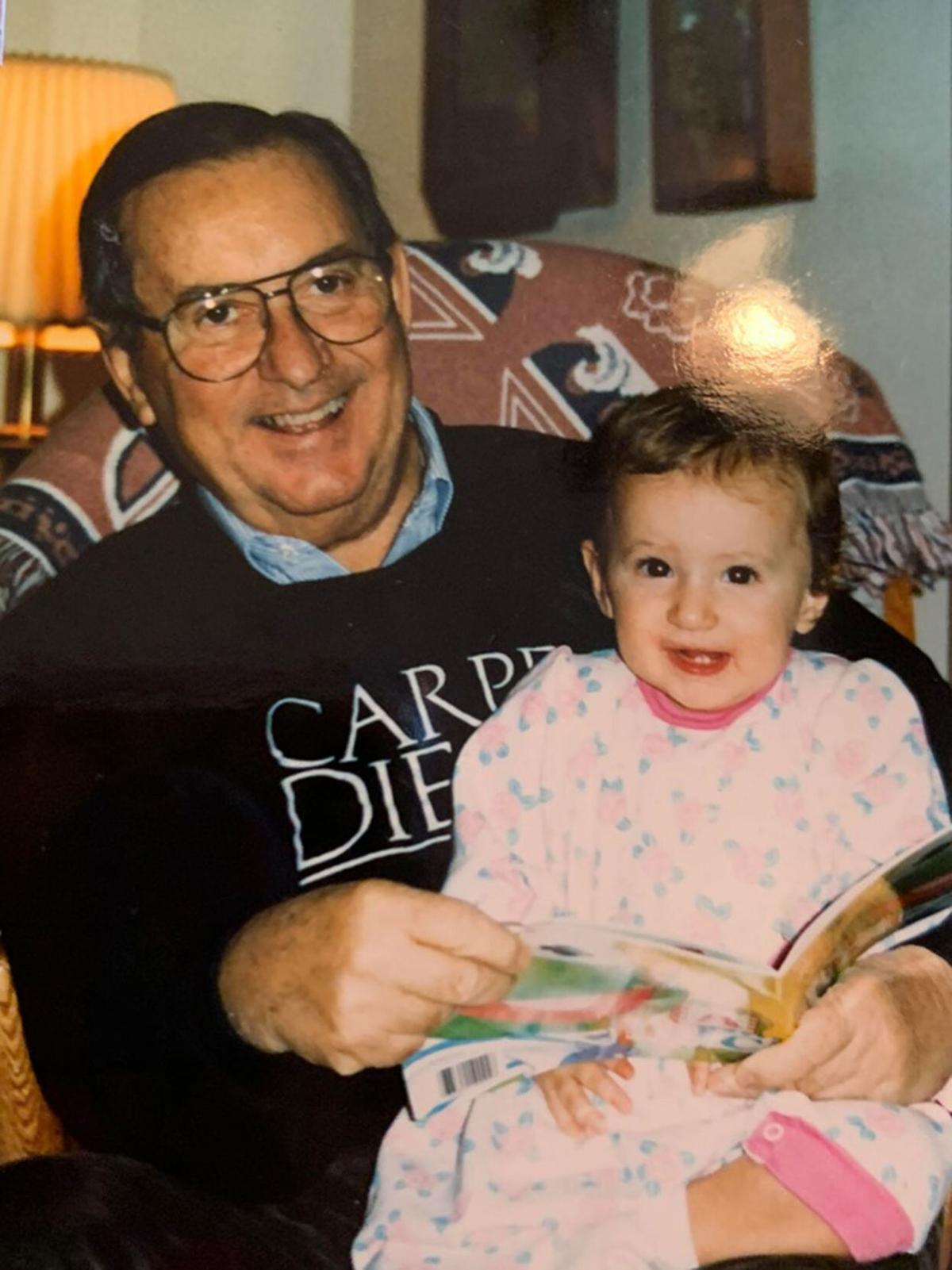 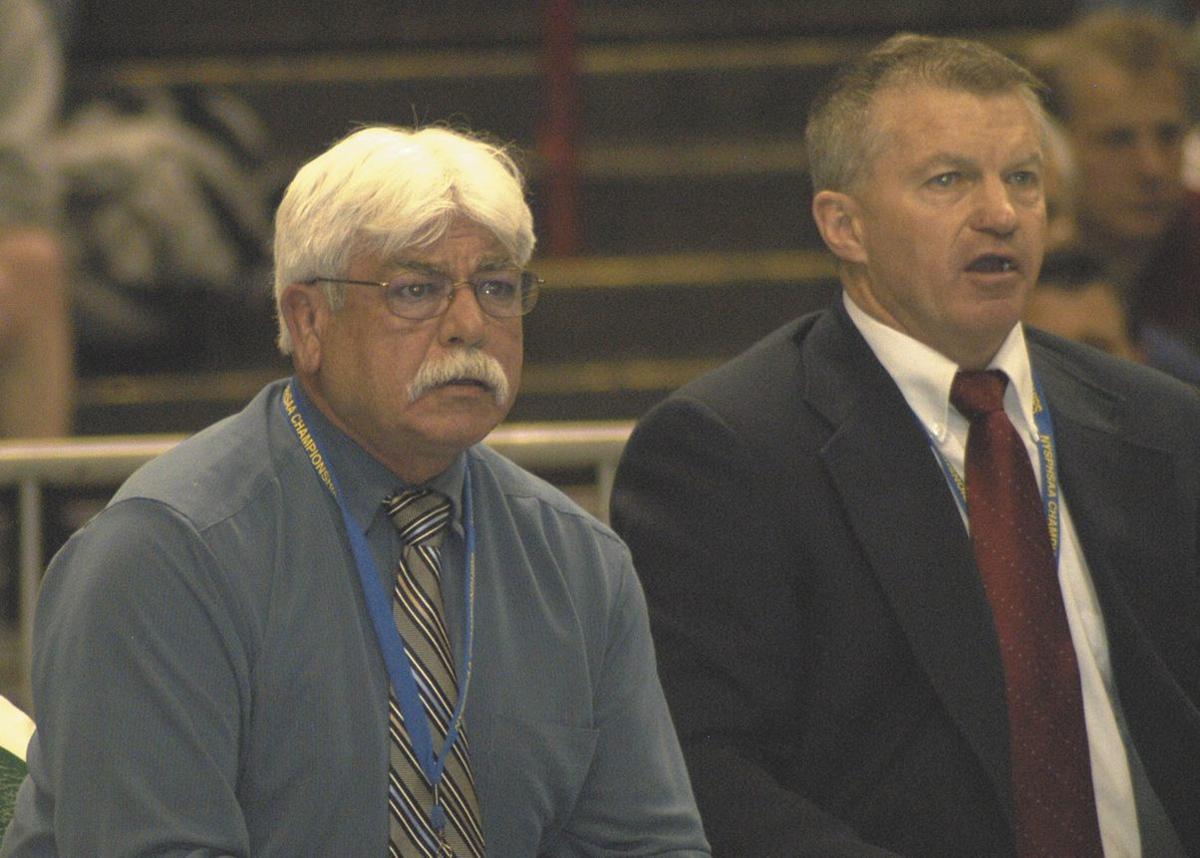 Above, Waverly coaches Jim McCloe (left) and Charlie Hughes watch one of their wrestlers in the Section IV finals in 2007. 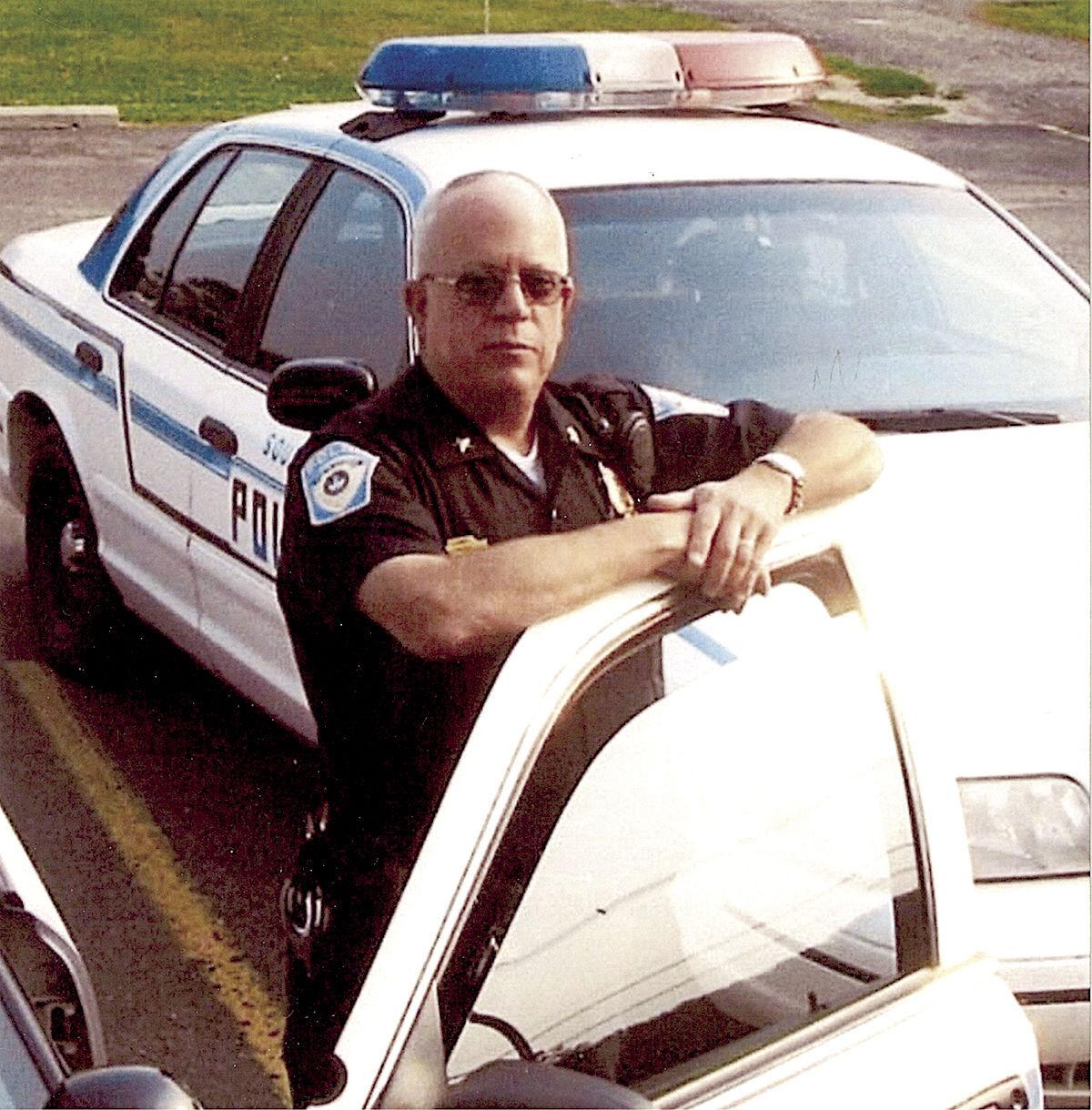 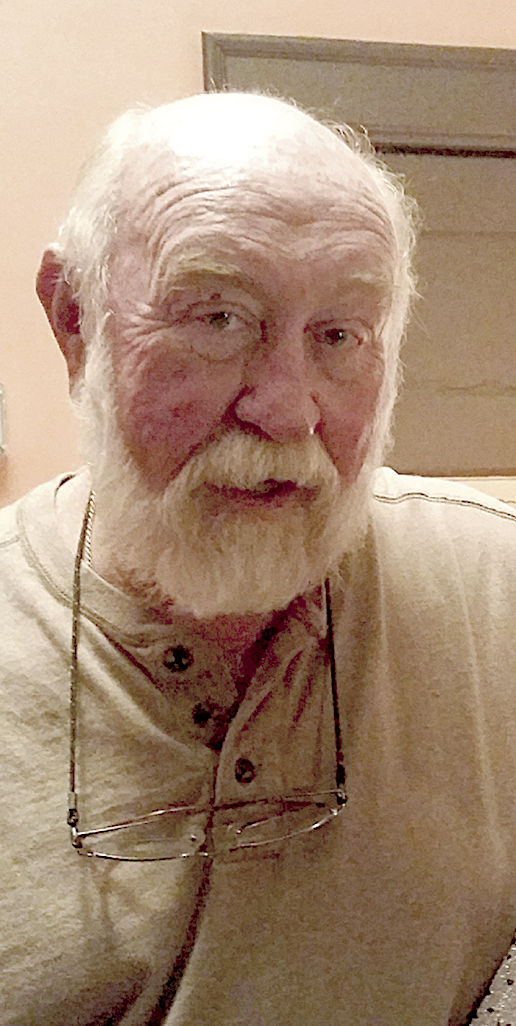 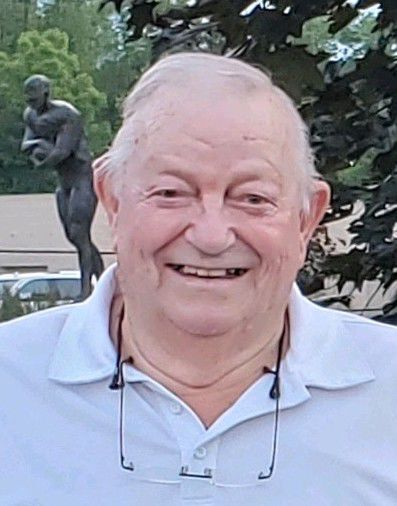 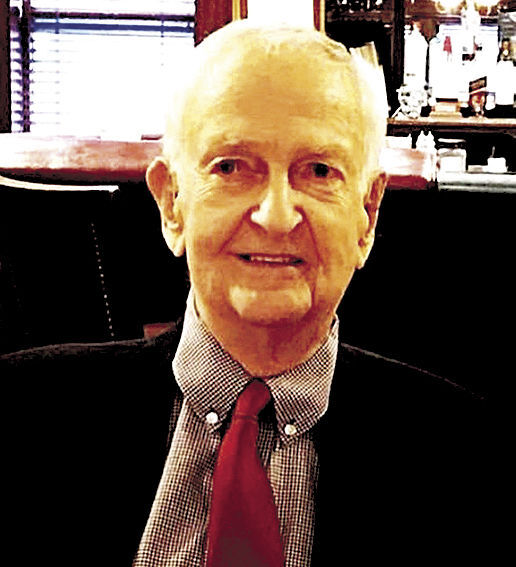 Bradford County Commissioner Ed Bustin, who passed away in April, is pictured here speaking before the House Human Services Committee in Harrisburg in February.

Above, Waverly coaches Jim McCloe (left) and Charlie Hughes watch one of their wrestlers in the Section IV finals in 2007.

Every year a community will have to mourn the loss of some beloved residents. In the Valley, the year 2020 was especially difficult as several well-known and influential individuals passed away.

We here at the Morning Times joined the entire Valley community in mourning the loss of these people — and we are taking this opportunity to honor them one last time.

Following his sudden passing, members of the community along with local, county, state and national leaders mourned Bustin, who was remembered as a passionate leader and a friend to all of Bradford County.

Bustin, who moved to Sayre with his wife Terry in 1982, spent the last four decades raising a family and helping make the Valley and the entire county a better place.

A former volunteer firefighter, certified EMT and Sayre High boys soccer coach, Bustin worked at Robert Packer Hospital for 18 years before working as the Environmental Safety Manager at Masco Cabinetry for another 15 years, but according to his obituary, “he found his real calling when he became a Bradford County Commissioner.”

Bustin was appointed as Bradford County Commissioner in 2015 as he finished the term of former commissioner Mark Smith. He was re-elected to another term in 2019.

Over the last five years, Bustin made his mark as one of the leaders of the county.

“Ed was passionate about his service to our county. His involvement in community service spans most of his adult life, from coaching soccer to his service as a first responder, firefighter and EMT,” Bradford County Commissioners Doug McLinko and Daryl Miller said in a statement. “He was a dedicated and committed public servant whose advocacy for the most vulnerable populations was unwavering. Ed was always focused on helping others. He was a voice for the voiceless while involved with the programs to help the mentally ill and those with addiction.”

During his time as commissioner, he was actively involved in various committees and boards of CCAP (County Commissioners Association of PA) and NACo (National Association of Counties). He was also appointed by the governor to represent the northeast region of PA on the LGAC (Local Government Advisory Committee) for the Chesapeake Bay.

“Ed often was referred to as the voice of reason. The one who could quickly make others see the big picture and the details,” McLinko and Miller said. “He would share his opinion, even if it wasn’t popular. If he didn’t agree with you, he always spoke his mind professionally and positively. He was a true leader, respected by his peers as well as his employees. His care and accomplishments will positively affect Bradford County for many years.”

UNICO was one of Louis Tomasso’s favorite charities. That’s fitting because unico — which means unique in Italian — describes the man who came back from serious wounds in World War II to own two businesses in the Valley area, with the golf course that bears his name being the one for which he is most well known.

Tomasso, who passed away on April 16, was just 18 when he joined the Navy in 1942. He served on the USS Tide, a minesweeper that swept off the coast of Normandy two days before the invasion that played a key role in the end of Nazi rule in western Europe.

That explosion — which eyewitness accounts said lifted the 900-ton ship five feet out of the water — blew a gaping hole on the hull and tore away all of the bulkheads below the water line.

Louis Tomasso, who was a Sayre High graduate, was one of the 97. His injuries, which included a fractured skull and a broken back, ended a dream he had.

“He wanted to be a Navy fighter pilot,” said Joe. “He took a test and made it. He was hurt so badly he was honorably discharged. They wouldn’t take him back in.”

In the end, Louis was a Purple Heart recipient along with earning the Navy Good Conduct Medal, the European Campaign Medal and the Victory Medal.

Back stateside, Louis went to work.

“His first job back stateside was to help run and manage the Valley Bowling Center when they originally built it,” said Joe. “Then he bought Spring’s Corners, which is Alliger’s now. He ran that from 1950 to 1958 or 1959. His sister, Lena Daugherty, owned the Bonnie Hotel at the same time. She sold that, he sold Springs Corners, and they bought the Flanagan Dairy Farm.”

Despite no longer being in the military, Louis continued to serve at the local level.

“He was an original member of UNICO when it started in the Valley,” said Joe.

In addition to UNICO, Louis was in the VFW, the American Legion, the Elks and the Moose.

The Valley lost a well-known public servant in September as Leo F. Bentley, Jr. passed away after a courageous battle with cancer at the age of 72.

Bentley was the South Waverly Borough Police Chief for 26 years, before retiring in 2010. He began his career with the police department in 1972 and was named police chief in 1984.

A U.S. Air Force veteran, Bentley wasn’t only a police officer in South Waverly — he served his community in several ways over the years.

He was a lifetime member of the South Waverly Borough Fire Department, served on the South Waverly Fire Board from 2012-2020, and was the driving force behind the annual South Waverly Carnival that was one of the highlights for both children and adults in the Valley, according to his obituary.

Bentley served on the South Waverly Borough Council from 2012-2020, serving as president from February of this year to his passing.

“The borough of South Waverly and the Valley community will ever be indebted to Leo for his love, service and dedication to all of us,” his obituary read.

The Valley lost one of its most well-known and respected business owners in August as Larry Beeman passed away at the age of 79.

Beeman founded the popular Beeman’s Family Restaurant in 1977 along with his wife Lillian. The couple would operate the business with their children and grandchildren over the years.

In 2016, Larry decided to sell the restaurant to his children, JoAnn, Karen, Steven and wife Wendy, and Scott.

The Beeman family celebrated the 40th anniversary of the business in 2019.

“The staff at the restaurant became part of the Beeman family and Larry made many lifetime friendships with customers over the years. Many gatherings and events were hosted over the years with Larry personally greeting and spending time with his loyal customers,” part of Larry’s obituary reads.

Larry would retire from the business in 2016 and spent time in Florida, but he never lost that special connection with the Valley, according to his family.

Former Waverly wrestling coach and athletic director Jim McCloe passed away peacefully at his home in Williamsburg, Virginia on Monday, August 17 after a battle with an aggressive form of leukemia.

He was an integral part of Waverly High School first as a student-athlete, and then returning as a teacher, wrestling coach, and Athletic Director. He and his wife also owned and operated three local businesses including Camp Olympia, McCloe’s Storage and Apple Ridge Bed & Breakfast. Throughout all of his life experiences, Jim was able to touch the lives of so many throughout the community and beyond.

McCloe was a legendary wrestling coach, not just in Waverly, but in New York state.

Overall, he coached his teams to 435 dual meet victories. In recognition of his efforts and accomplishments, McCloe was named Section IV Coach of the Year seven times and New York Wrestling Coach of the Year twice.

In an article published in the Sept. 8 edition of the Morning Times, former wrestlers and coaches praised the legendary coach.

“He was just a special person. That’s what made him successful. He set a lot of dreams and ideals and he was willing go out and do things — take risks — that other teams sometimes didn’t do,” said former Waverly wrestling coach Charlie Hughes.

The Town of Barton has lost one of its biggest champions as longtime Supervisor Leon “Dick” Cary passed away in October.

Cary contributed 40 years of service to the Town of Barton as Highway Superintendent and most recently Town Supervisor.

“He will be greatly missed by all who knew and worked with him,” a press release from the Town of Barton said.

“I’ve known Mr. Cary most of my life ... I started working with him on the Town Board in January of 2010. In 2012, he asked me to take the Town of Barton Deputy Supervisor position for which I was honored. I am very saddened by his passing and he will be sorely missed. My condolences go out to his entire family,” Foster said.

Attorney Robert J. Landy of Sayre, Pennsylvania passed away peacefully on July 15, 2020 after a brief illness.

A proud public servant, he worked in a number of capacities for municipalities in the area, including acting as Solicitor for the Sayre Area School District for 50 years.

He was active in Democratic State politics and served as a State Committeeman for Bradford County from 1962 until 1972. In 1968, he was the Democratic Candidate for Congress in the 10th Congressional District of Pennsylvania, in which he faced the incumbent Congressman Joseph McDade.

Mr. Landy also served as a Director of Star Savings & Loan and its successor, First Citizens Community Bank for many years. He was a devoted communicant of Epiphany Roman Catholic Church in Sayre and greatly enjoyed singing in the Church Choir up until the time of his passing.