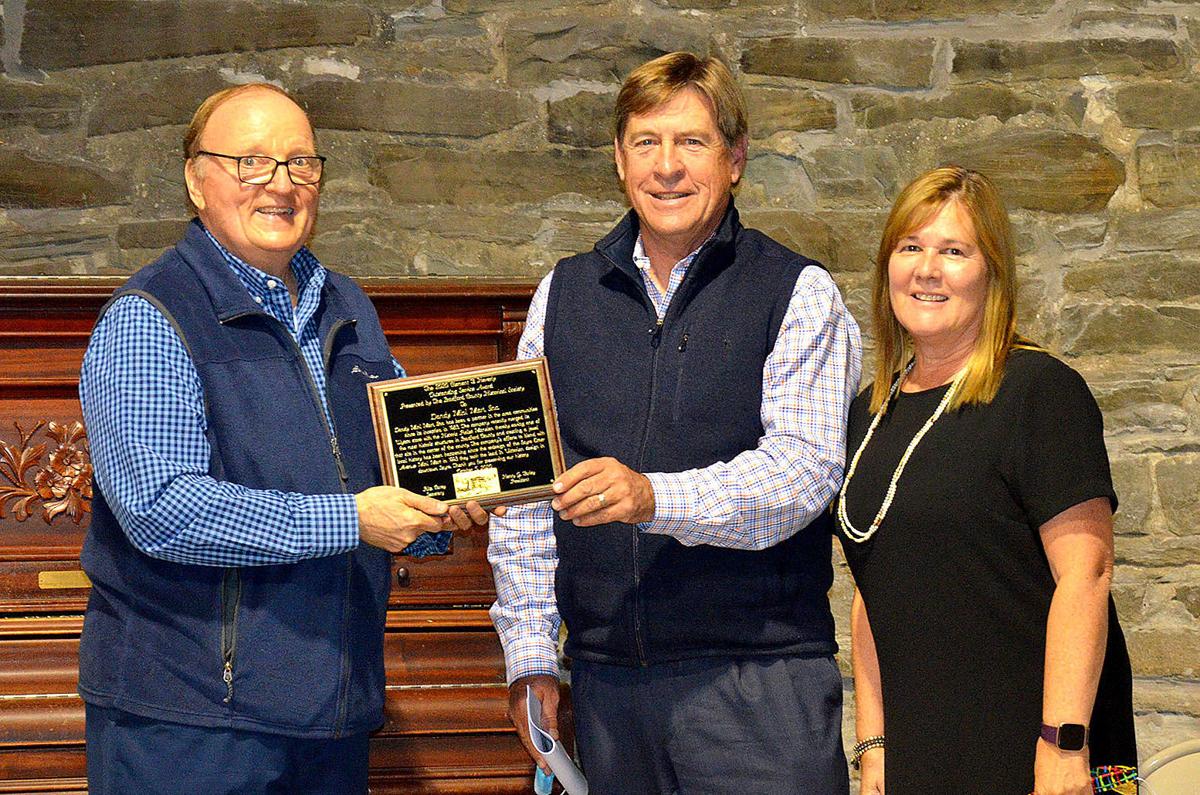 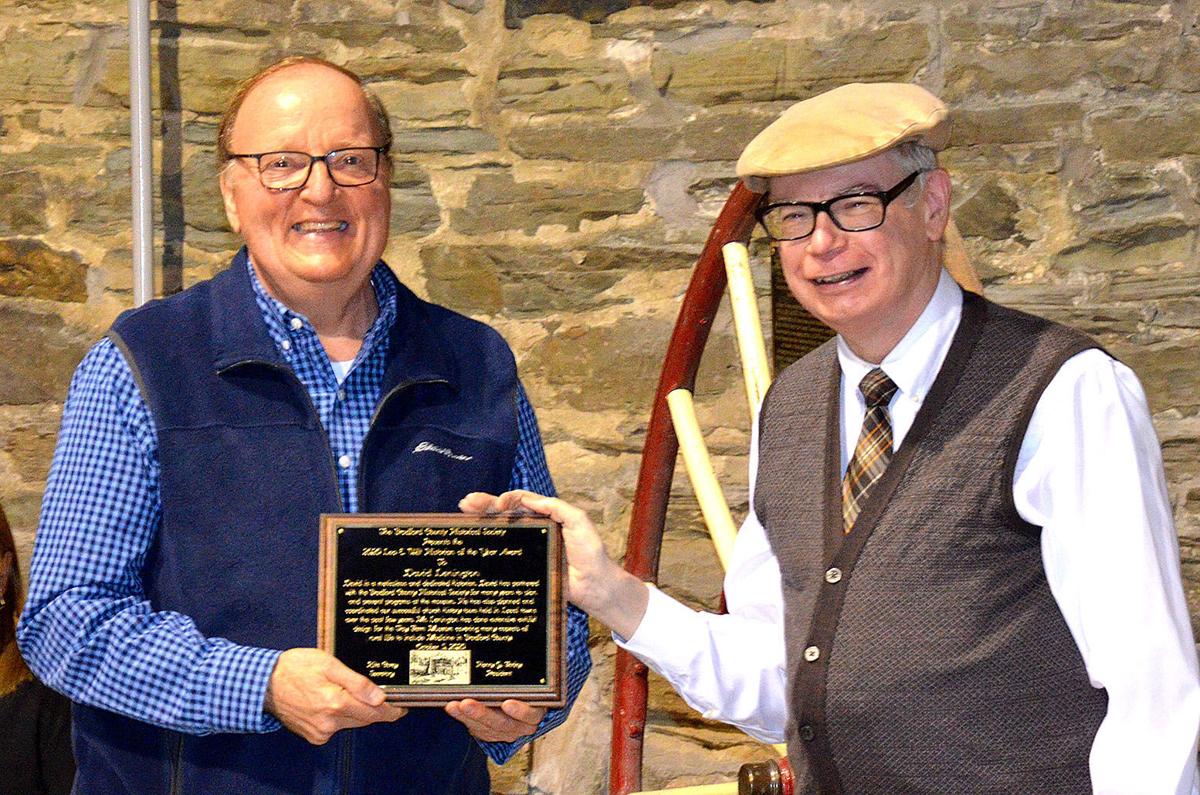 TOWANDA — At the 150th annual meeting of the Bradford County Historical Society in Towanda on October 5, the annual awards of the society were presented.

Society President Henry G. Farley stated that this was the 29th year that the organization has presented the awards. The Clement F. Heverly Outstanding Service Award, named for a man who was instrumental in recording the history of the county, was presented to Randy and Nancy Williams owners of Dandy Mini Mart, Inc. The Leo E. Wilt Historian of the Year Award was presented to David Lennington

Farley in his comments regarding the Heverly award talked about the conversion of the historic Piollet Mansion in Wysox to a Dandy Mini Mart and how a significant part of Bradford County history had been saved and preserved for the future.

Farley also talked about his time on the Planning Commission in Sayre Borough in 1993 when a new Dandi Mini Mart was being constructed in downtown Sayre. The Williams were approached and asked to change the design of the new mart to add some Victorian touches they agreed, and the South Elmer Avenue Dandy in Sayre became the anchor building in downtown Sayre to inspire Victorian design.

The Heverly award plaque states Dandi Mini Mart, Inc, has been a partner in the area communities since its inception in 1983. The company recently merged its Wysox store with the Historic Piollet Mansion thereby saving one of the most historic structures in Bradford County and creating a jewel that sits in the center of the county. The company’s efforts to blend with local history has been happening since the redesign of the Sayre Elmer Avenue Mini Mart in 1993 they took the lead in Victorian design in downtown Sayre.

The Leo E. Wilt Historian of the Year Award is given in honor of Leo E. Wilt who was a pillar of help for the society. He and his wife Mary kept the society going for many years. This award is given to an individual who has shown diligence and leadership in recording, preserving, and disseminating of county history. The recipient this year is David Lennington.

According to Henry Farley, Dave Lenington is a friend to the society and has been for many years. He stated that Mr. Lenington brought music into the museum with the introduction of Carrie Hooper a talented vocalist for several programs and the Elmira Piano Quartet who did an amazing performance at the museum several years ago. Dave has headed up the local church tours throughout the county for the society. These tours have been very well received. Mr. Lennington has also done extensive research and design for exhibits at the Farm Museum. Dave leaves no stone unturned when he is researching his subject and produces top notch programs and exhibits.

The Leo E. Wilt plaque states David Lenington is a meticulous and dedicated historian. David has partnered with the Bradford County Historical Society for many years to plan and present programs at the museum. He has also planned and coordinated our successful church tours that have been held in local towns over the past few years. Mr. Lenington has done extensive exhibit design for the Troy Farm Museum covering many aspects of rural life to include Medicine in Bradford County.