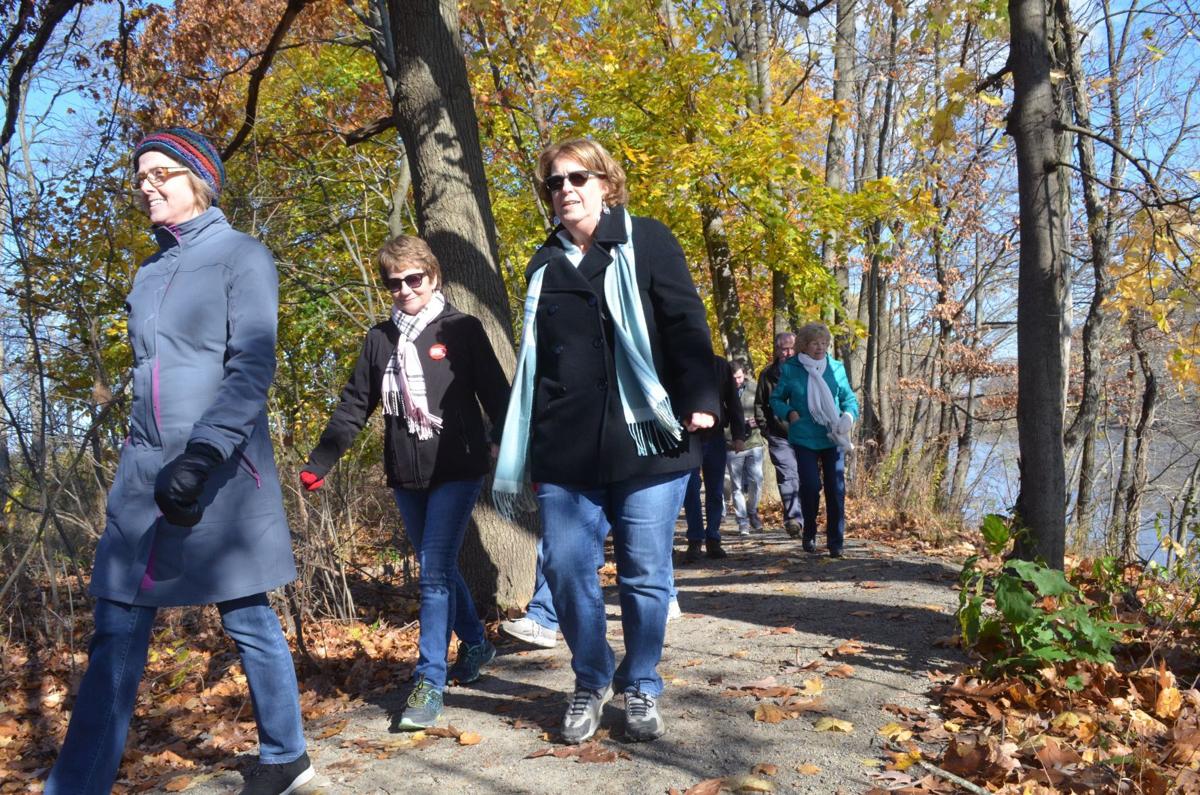 Officials walked the trail after cutting the ribbon to announce its grand opening on Wednesday. 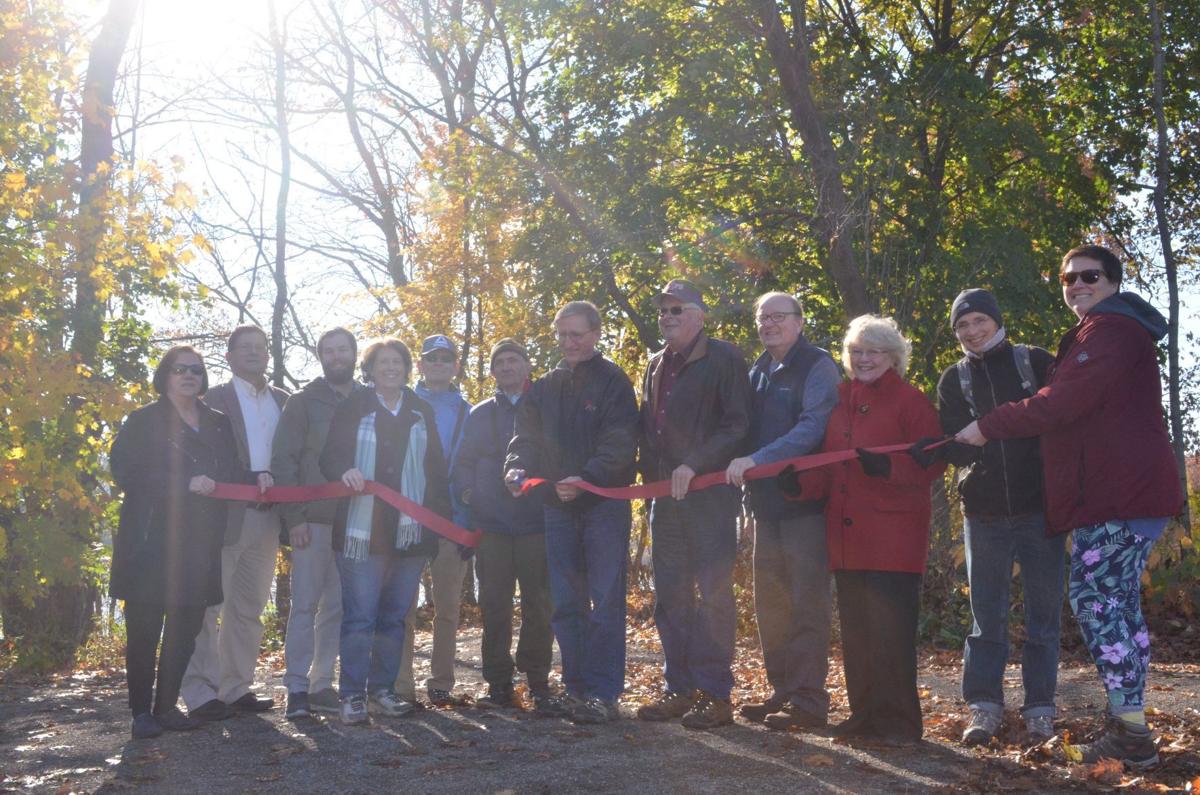 Public officials, contributing individuals and representatives of the Diahoga Trail held a ribbon-cutting ceremony on Wednesday to put the cap on seven years of work.

Officials walked the trail after cutting the ribbon to announce its grand opening on Wednesday.

Public officials, contributing individuals and representatives of the Diahoga Trail held a ribbon-cutting ceremony on Wednesday to put the cap on seven years of work.

SAYRE — “Our nemesis is also one of our greatest assets.”

That comment from a Valley community member is what launched what would be a seven-year journey for Futurescapes, the non-profit agency that stemmed from the Rebuild Athens Steering Committee, a group organized by FEMA following the flood of 2011.

In September of that year, the “nemesis” — the Susquehanna River — destroyed portions of the Valley with record floodwaters. That disaster led to a long and difficult cleanup process that also entailed rebuilding the community.

Through those community meetings, there were many ideas exchanged with the desire for riverfront trails and nature walks, and hence the Diahoga Trail was born.

“Linda Politi of Futurescapes became the champion for the trail project and quickly enlisted the support of borough managers David Jarrett of Sayre and Mark Burgess of Athens,” a press release issued Wednesday stated. “Soon, a team was organized that included representatives from Northern Tier Regional Planning and Development, Endless Mountains Heritage Region, The Carantouan Greenway, Bradford County Conservation District, Bradford County Planning, and the Susquehanna Greenway, as well as the invaluable survey services and advice from Todd Babcock. David Young, the late Hal Smith, and Katie Replogle were also active members of the team.”

The efforts of those individuals, organizations and others all culminated with a special ribbon-cutting ceremony to celebrate the grand opening of the trail on Wednesday — over seven years after initial plans begun being made.

“This is a really neat thing,” Athens Borough Mayor Francis “Skip” Roupp said. “It’s projects like this that can make a difference when families are deciding to move here. The community truly made this happen. You all did the work.”

“This has been years in the making,” Politi added. “We’ve been working on this project since the flood, and we’ve had so many supporters to help us bring back and promote recreational activities to the community.”

Babcock was also credited for providing the survey services for the trail, and also gave the trail its name.

“Diahoga was an early Native American name for what is now the community of Athens, and Diahoga Trail seemed a fitting name for this project,” the press release stated. “Babcock left the user-made trail mostly intact, with the trail meandering through the woods just north of the boat launch at Riverfront Park and then up a slight incline to the open space of the riverbank in Athens, allowing for an open view of the river and the sighting of eagles and waterfowl. The trail also continues north from the boat launch to Hayden Street in Sayre.”

The trail team encourages visitors to enjoy the trail and to follow these trail rules:

• Adult should accompany children under the age of 10.

• Bikers maintain a safe speed and yield to pedestrians (note that some portions of the trail are too narrow for both bikers and pedestrians).

• Pets must be leashed.

• Pet owners must clean up and properly dispose of waste.

• No motorized vehicles, alcoholic beverages or discharge of firearms on the trail.

The trail is open during the winter months, but there will be no snow removal or maintenance, trail officials added.