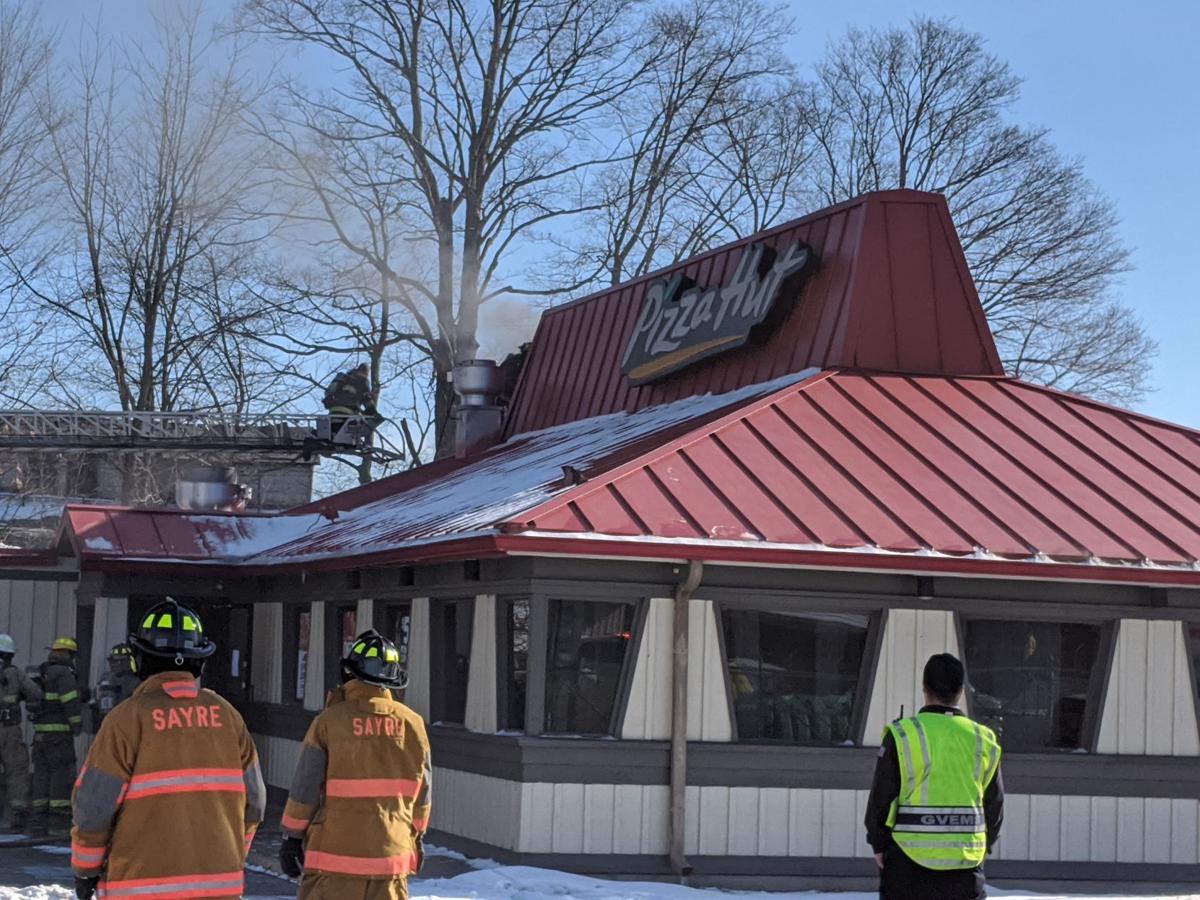 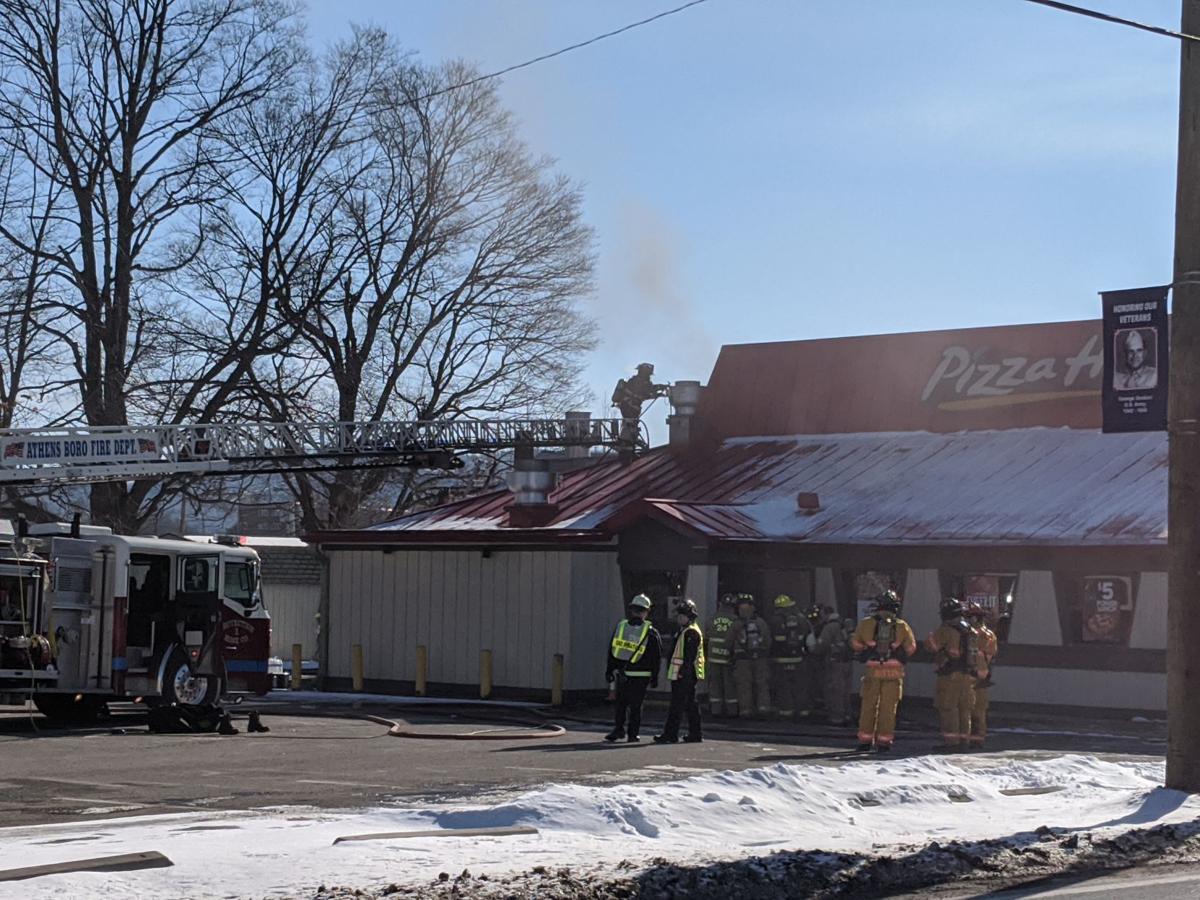 SOUTH WAVERLY — Firefighters from multiple Valley fire departments responded to Pizza Hut on North Keystone Avenue on Wednesday morning — but it was not for a pizza party.

Instead, they arrived shortly before 11 a.m. to find smoke emanating from the building after receiving a report from an employee that smoke was detected in the structure just as the business was opening for the day, according to South Waverly Fire Chief Tim Anderson.

“When we arrived, we saw heavy smoke on the east side of the building,” he said. “The fire originated above about where the cash register is inside the front door, and was caused by an electrical malfunction.”

Anderson noted that the damage was restricted to the ceiling/roof area, and commended the work of the firefighters of South Waverly, Athens Borough, Sayre Borough and Athens Township in controlling the fire quickly.

“It could have been a lot worse,” he said. “But all of the Valley departments worked very well together. I was very impressed by the teamwork and the excellent efforts by everyone to contain the fire in the one area very quickly. It was a great knockdown.”

Anderson added that there were no injuries sustained in the fire, and firefighters were leaving the scene by 1 p.m.

“We went in, put out the fire and ventilated it. Then we did extensions and overhaul and we were out in two hours,” he said. “We had lots of manpower, and it was a great job by everyone involved.”

While Anderson said he did not believe the building to be a total loss, that would ultimately be decided by the restaurant’s insurance company.

Officials from Greater Valley EMS and Sayre Police were also on hand at the scene Wednesday.