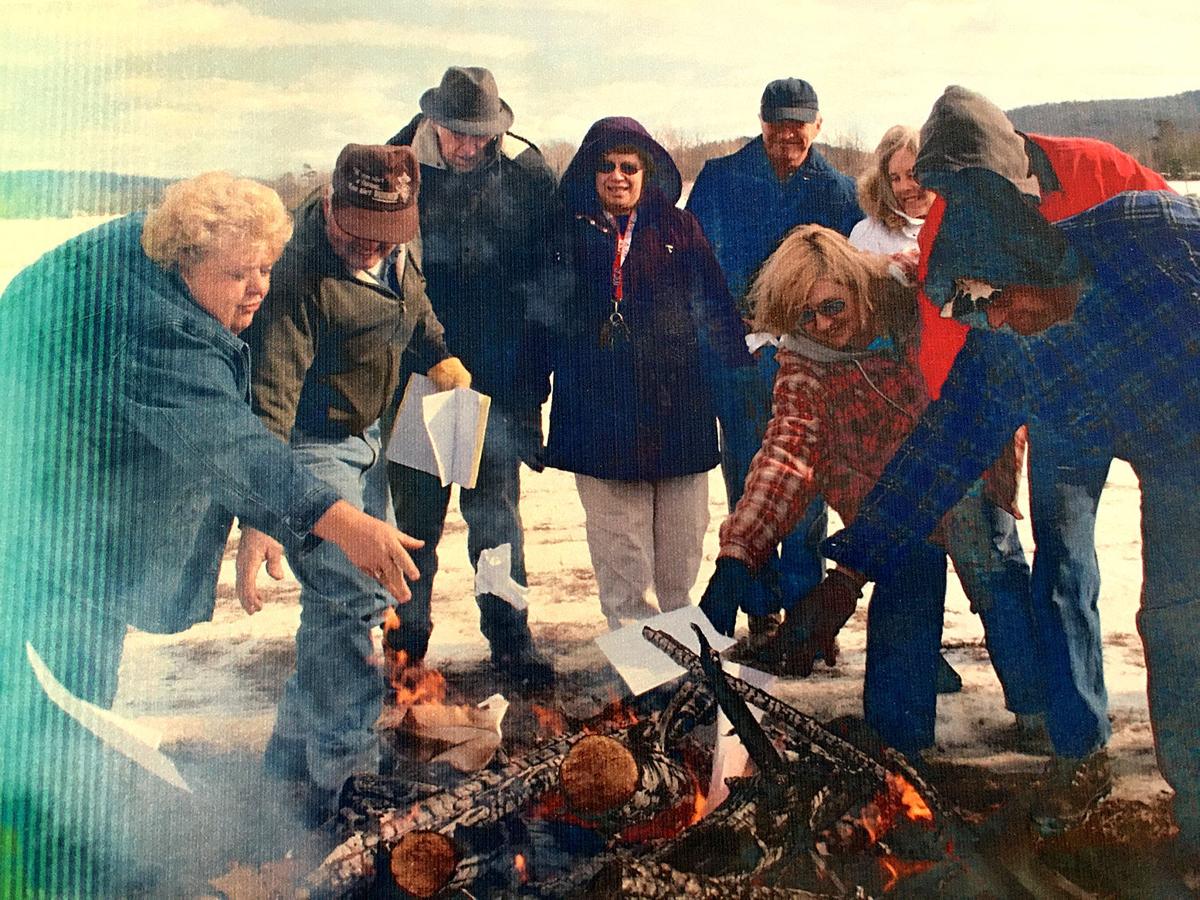 In this photo, taken over a decade ago, Robin Myers-Wilson, on the left, stands next to Bob Bell and other valley residents in solidarity. The group threw their tax bills in a fire they built in Barton, N.Y., and during the onset of gas drilling and the New York governor’s moratorium. 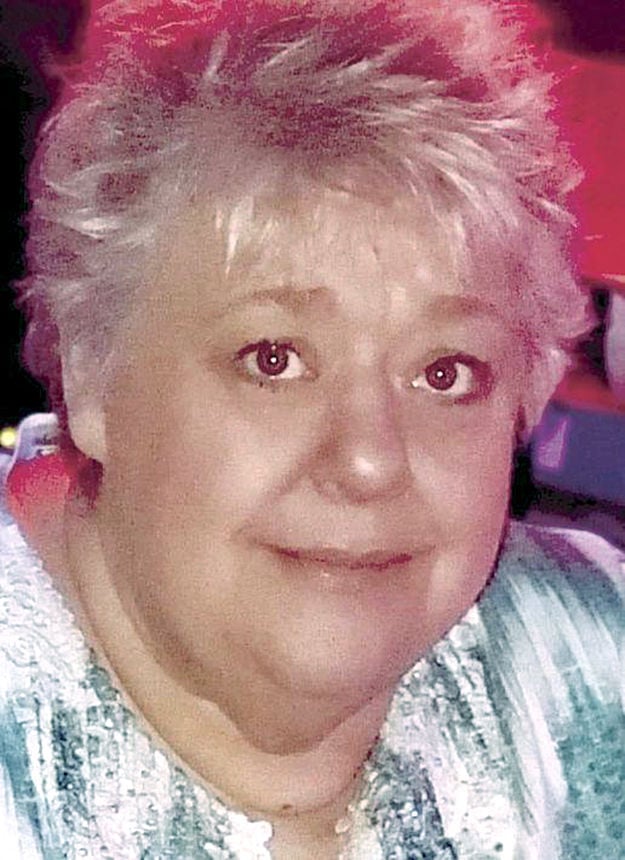 Robin Myers-Wilson, pictured, passed away at the age of 62. Her obituary, from where this photo was obtained, can be viewed on the Morning Times website.

When I woke up on Tuesday, Sept. 29, I learned that my dear friend, Robin Myers-Wilson of Barton, had passed away one day prior, unexpectedly. What was strange about this is that Robin had been on my mind for quite some time.

Throughout the pandemic I hadn’t heard a word from her, and her social media outlets, of which she had several, had gone quiet.

Knowing Robin for many years, I also knew that she would often take time away to rejuvenate herself; mend what she referred to as her spiritual condition; God only knows, she often needed it.

As the owner of a Gentleman’s Club, located in Barton, N.Y., Robin had entered an industry primarily dominated by men. The business to Robin was more of a challenge — she liked a good fight.

But outside of the chatter, Robin had a heart of gold that was often overshadowed by the nature of her business; a business she operated for decades.

In fact, many of the workers that passed through her doors ended up pursuing college and furthering their careers. Many were single mothers or just young women, struggling to get by.

And Robin was a Libra, always keeping balance in life — trying not to tip the scales.

I recall her many trips to visit her friend Janet in Arizona, a friend that eventually fell ill. I also recall her return from the trips, and how the sunshine and fresh air served her well.

Also as a Libra, Robin was quite innovative, and drummed up a couple of inventions that almost made it to the market. In fact, one invention was being considered for purchase by a manufacturing company — it was a well-designed brush that would allow an individual to apply suntan lotion to their own back; further helping to prevent skin cancer.

Another invention she thought up would have enhanced the protection of motorcycle helmets.

One well-known fact about Robin was her love for animals. Never having children of her own, Robin felt like her companion animals were her kids. Having a passion for smaller breeds, she would even keep them in her desk drawer in small beds while she was working.

She also held many benefits for animals, like a car wash, and several other activities. This was reflected in her Oct. 1 obituary printed in The Morning Times, in which Memorial donations were requested in Robin’s name to the SPCA or an animal shelter of their choice. Even after her death, she still wants to help animals.

Robin loved her community as well. She was a businesswoman with a personality larger than life, as described in her obituary, and she was also a great confidant — and carried a wealth of information.

Having graduated from Waverly High School in 1976, Robin spent her entire life in the Valley — the place she called home, outside of her retreats to Arizona.

I recall a time where Valley residents were up in arms about a gas drilling moratorium in New York, and signs were seen around the Valley that were posted by farmers, accusing lawmakers of “serfing” their land.

To make a statement, Robin and a group of farmers gathered in a field along Route 17C in Barton to toss their tax bills in a small built fire, and in solidarity. One of the farmers there was Bob Bell, who has a huge voice coming from the Valley in regards to gas drilling and Governor Andrew Cuomo’s statewide moratorium.

The bill burning also took place on what Robin described as sacred Indian ground, a part of her heritage that she held dear to her heart.

But down the road, and like everyone else, life happened while she was busy making other plans.

Robin married Jerry Wilson and moved to his family’s home in Athens. Following the flooding of 2011 brought about by Tropical Storm Lee, the water, according to Robin at that time, nearly reached the second floor of the home.

With mold issues abound and a business to worry about as well, Robin’s life went through a difficult period of time and she soon found herself living in a FEMA trailer with her two dogs.

What wasn’t gone, however, was her upbeat attitude. She continued to help others as well, always extending a hand.

She was always looking into the future, too, with her friend Betty, a psychic from Elmira that passed earlier, and other “spiritual advisors” that would help her stay on a stable path, spiritually. She was known to burn sage to keep “the bad energy” away.

Because of these advisors, Robin had many of her own theories around things taking place locally, and around the world; she was often looked upon as a “conspiracy theorist.”