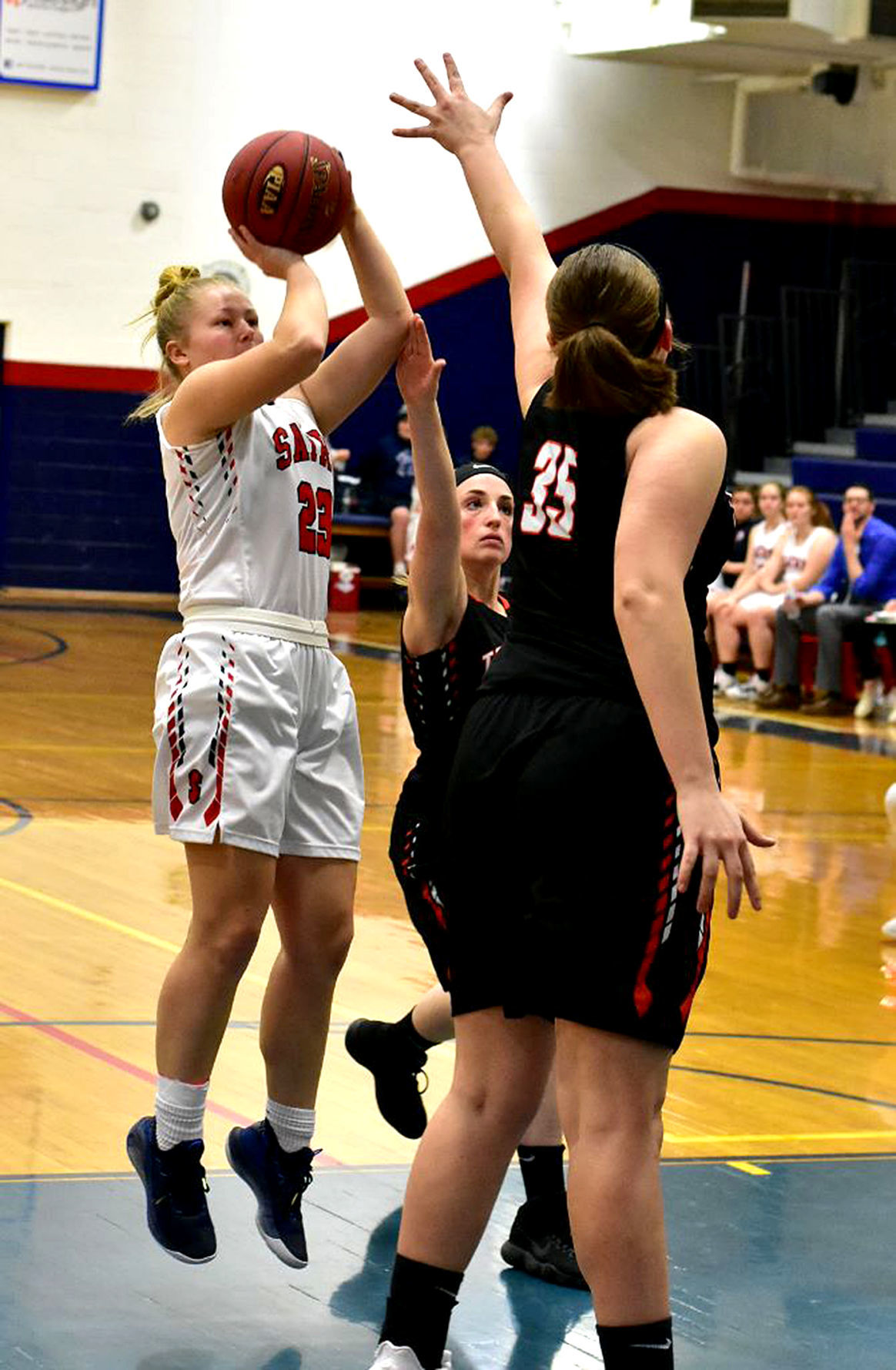 Sayre’s Emily Sutryk puts up a shot during Monday’s game against Towanda. 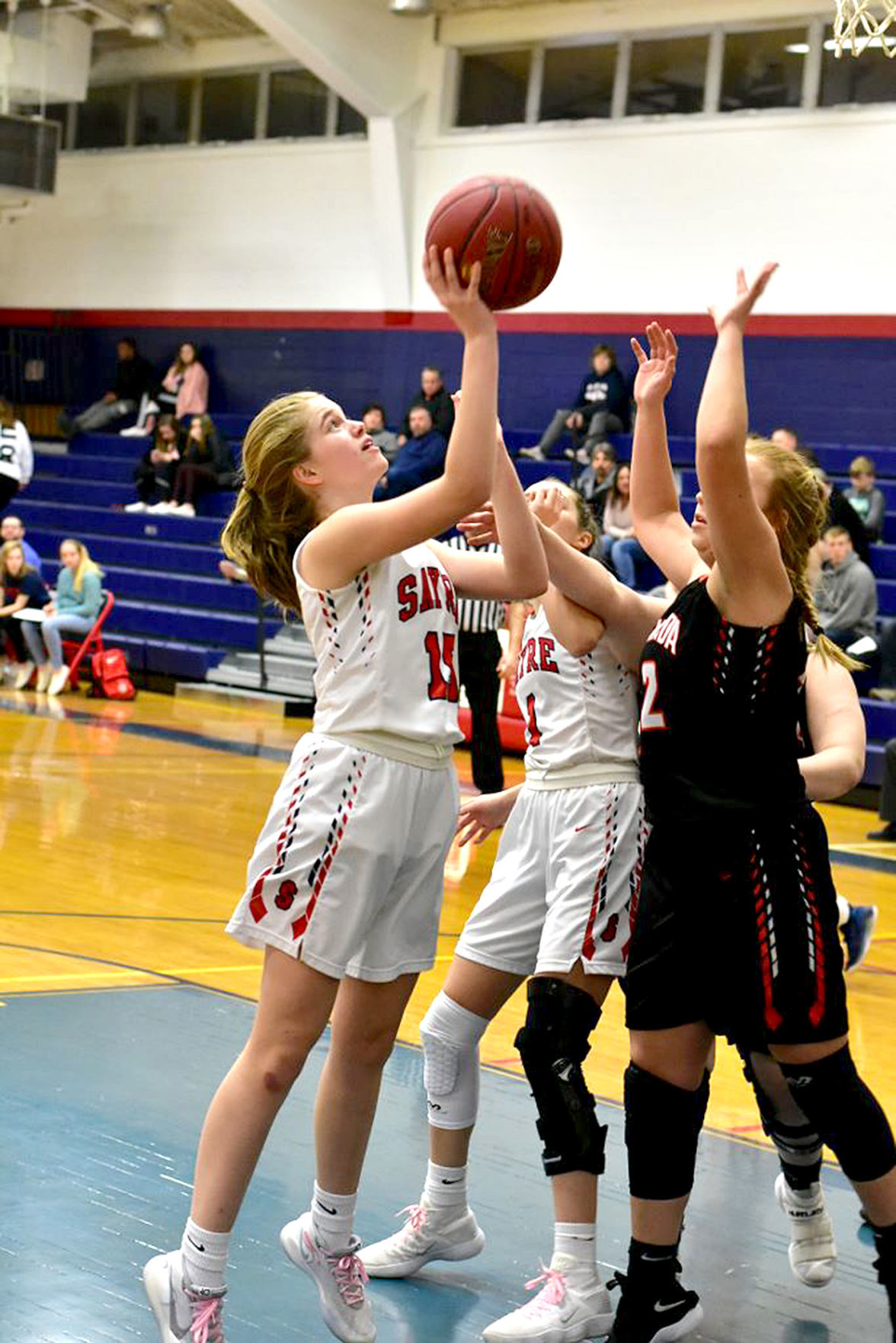 Sayre’s Emily Sutryk puts up a shot during Monday’s game against Towanda.

SAYRE — The visiting Towanda Black Knights jumped out to a 19-point lead after the opening quarter and never looked back as they rolled to a 57-24 win over the Sayre Redskins in a Northern Tier League girls basketball clash on Monday.

Towanda led 21-2 after the first period and held a 32-8 lead at the halftime break.

The Black Knights outscored Sayre 18-7 in the third, while the Redskins held a 9-7 scoring edge in the final period.

Porschia Bennett led Towanda with 25 points and Paige Manchester chipped in 11 in the win.

Sayre was led by Emily Sutryk with 19 points and four steals. Gabbi Randall added five points and also grabbed 21 rebounds for the Redskins.

ATHENS — The host Lady Wildcats held Edison to single digits in each quarter as they rolled to the non-league win on Monday.

In the second half, the Lady Wildcats allowed just five total points — outscoring Edison 14-5 — as they pulled away for the win.