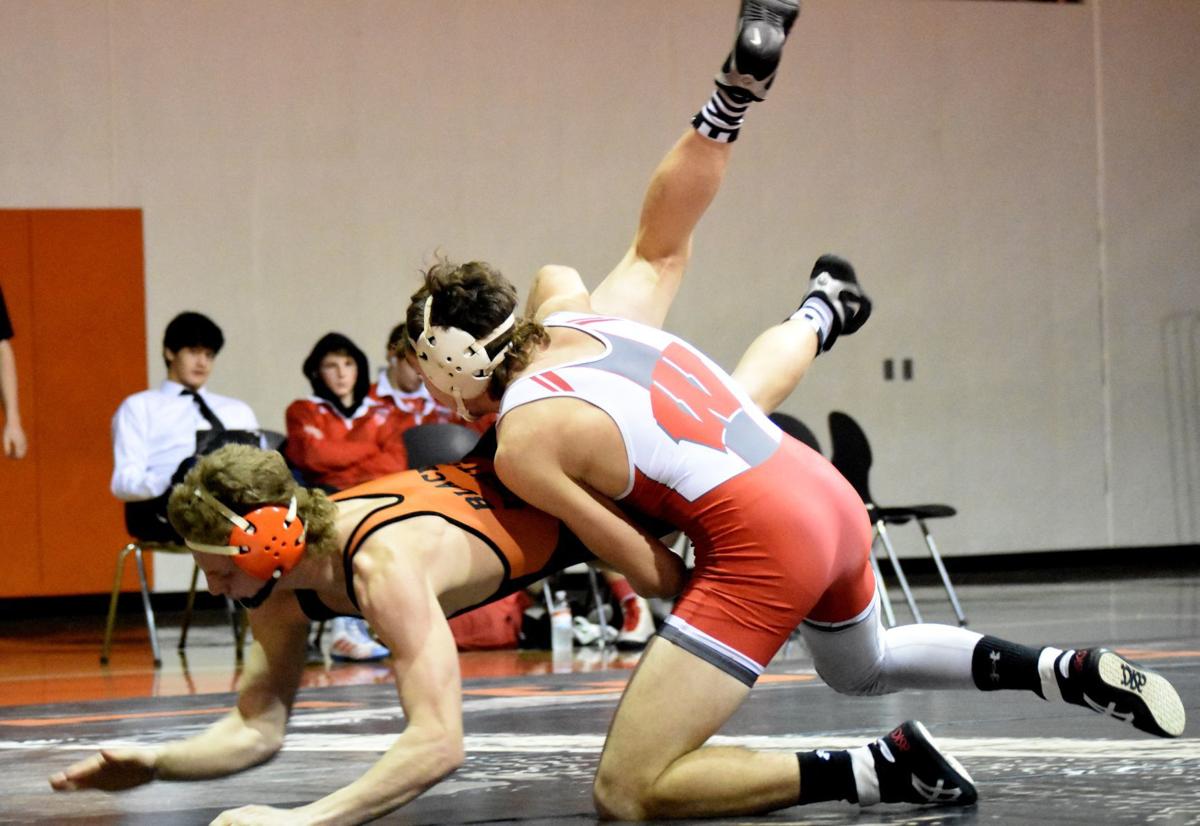 Waverly’s Ethan Stotler works to take Towanda’s Will Bowen to the mat during their teams’ nonleague wrestling match Wednesday night. 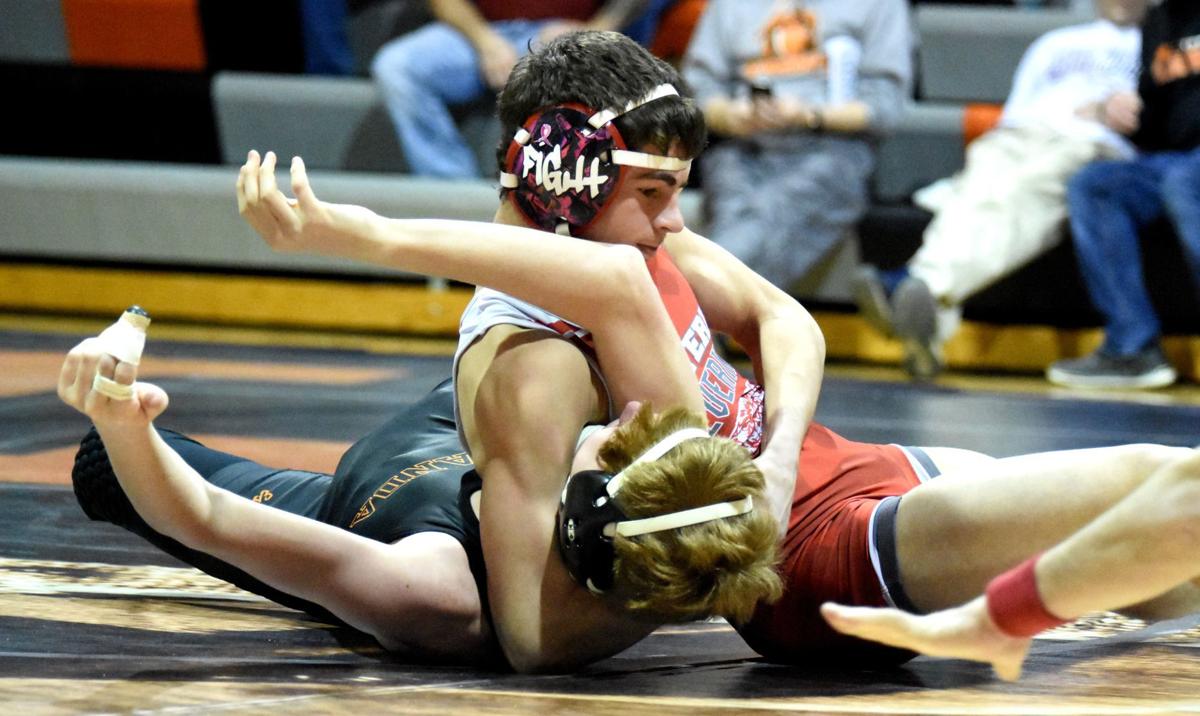 Waverly’s Rylan LaForest closes in on a pin of Towanda’s Garrett Chapman during their teams’ nonleague wrestling match Wednesday.

Waverly’s Ethan Stotler works to take Towanda’s Will Bowen to the mat during their teams’ nonleague wrestling match Wednesday night.

Waverly’s Rylan LaForest closes in on a pin of Towanda’s Garrett Chapman during their teams’ nonleague wrestling match Wednesday.

Towanda took the lead right from the start when Skylar Allen pinned Waverly’s Cole Stanton in two minutes, 36 seconds at 138.

Joe Vanderpool followed with a 24-second pin of Lilyparker Ennis at 145 and Evan Johnson topped Austin Kimble 12-4 at 152.

“We bumped Johnson up from 145 to 152,” said Towanda coach Bill Sexton. “He had back points in the first period and two more sets in the second. He got reversed in the third to take away the major decision but he got it back.”

Ethan Stotler ended Towanda’s opening run with a 1:00 fall over Will Bowen at 160, cutting Towanda’s lead to 16-6.

Then Towanda’s Spencer Jennings got those six points back with a 1:23 pin of Waverly’s Kaden Kipling at 170.

Waverly’s Trevor Meyers pinned Towanda’s Jasiek Zalewski in 2:29 at 182 and then the forfeits began.

Clay Watkins, at 195, and Aaron Herlt at 220 each accepted forfeits.

At 285, Alex Perez escaped a headlock by Trent Skeens before getting the fall at 3:30, and Shane Atwood accepted a forfeit at 106 for Towanda to put the match out of reach.

Tyler Hawley got a 1:00 pin for Towanda over Conner Stotler at 113 and MiKee Nowell pinned Mason Ham at 120 for the Knights before Waverly got back on the board.

At 126, Rylan LaForest pinned Towanda’s Garrett Chapman in 30 seconds, and at 132, Garrett Skeens tied at 0-00 in the second period, ended up with a pin win over Wyatt Delamater at the 2:23 mark.

Weather permitting, Waverly will host the IAC Championships on Saturday and Towanda will visit Wyalusing