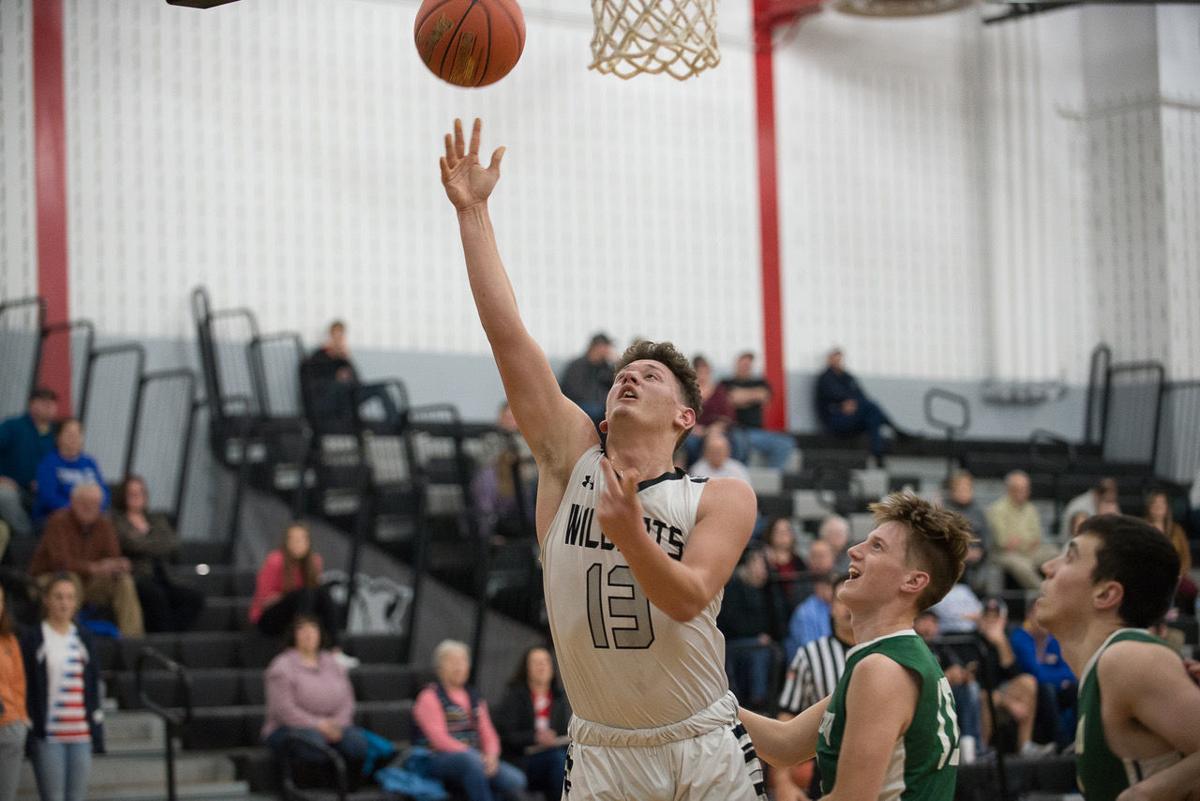 Athens’ Troy Pritchard lays it in for two of his 15 points in Athens’ NTL win over Wellsboro Wednesday night. 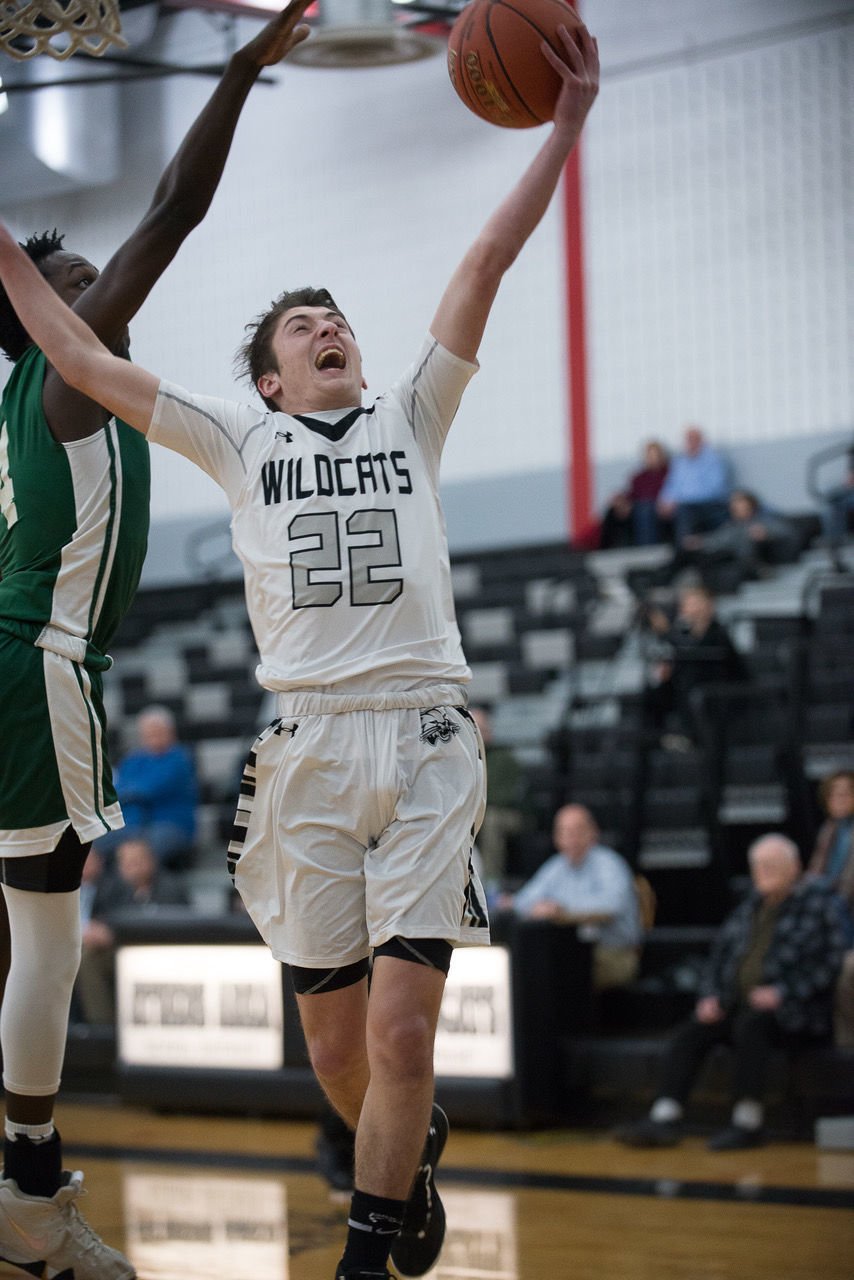 Athens’ Troy Pritchard lays it in for two of his 15 points in Athens’ NTL win over Wellsboro Wednesday night.

ATHENS — What may have been thought of as a battle between high-scoring Joe Grab of Wellsboro and Athens’ Aaron Lane never quite materialized when the teams met Wednesday night for a NTL tussle.

Lane did his part, ripping the home nets for 24 second-half points on the way to a 30-point night. Athens’ defense also did its part, limiting Grab to 18 points and downing the Green Hornets 71-51.

JJ Babckock had eight first-half points and 13 for the game, and Troy Pritchard had eight of his 15 before halftime.

After the break, Lane took over. He had 10 of Athens’ 18 points in the third quarter. Still Wellsboro inched closer, tailing 49-38.

Lane then had 14 of his team’s 22 fourth-quarter points and the Wildcats won going away.

Grab had all 18 of his points in the first three quarters. Darrin Callahan added 10 points for the Hornets with Conner Adams adding nine points and Liam Manning chipping in eight.

WESTFIELD — In a back-and-forth game, Sayre fired the last volley and got the 57-55 win on the road.

Neither team could hit in the first quarter which ended with the teams tied at 8-8.

Sayre spent the second half reeling the Indians back in.

In the third, Sayre cut its deficit to 41-37, and the Redskins kept the rally going in the fourth.

Zach Moore led a balanced offensive effort for Sayre with 16 points. His effort included nine points, all on three-pointers, in the third quarter. Brayden Horton added 15 points with 10 coming in the first half; and Dom Fabbri had a 12-point night that included an eight-point fourth-quarter burst. Moore and Horton added five fourth-quarter points each.

Seth Huyler tried to keep the Indians ahead. He led Cowanesque Valley with 15 points, 13 of which came in the second half. Dustin VanZile had 11 points for the Indians and McGuire Painter added 10 points.