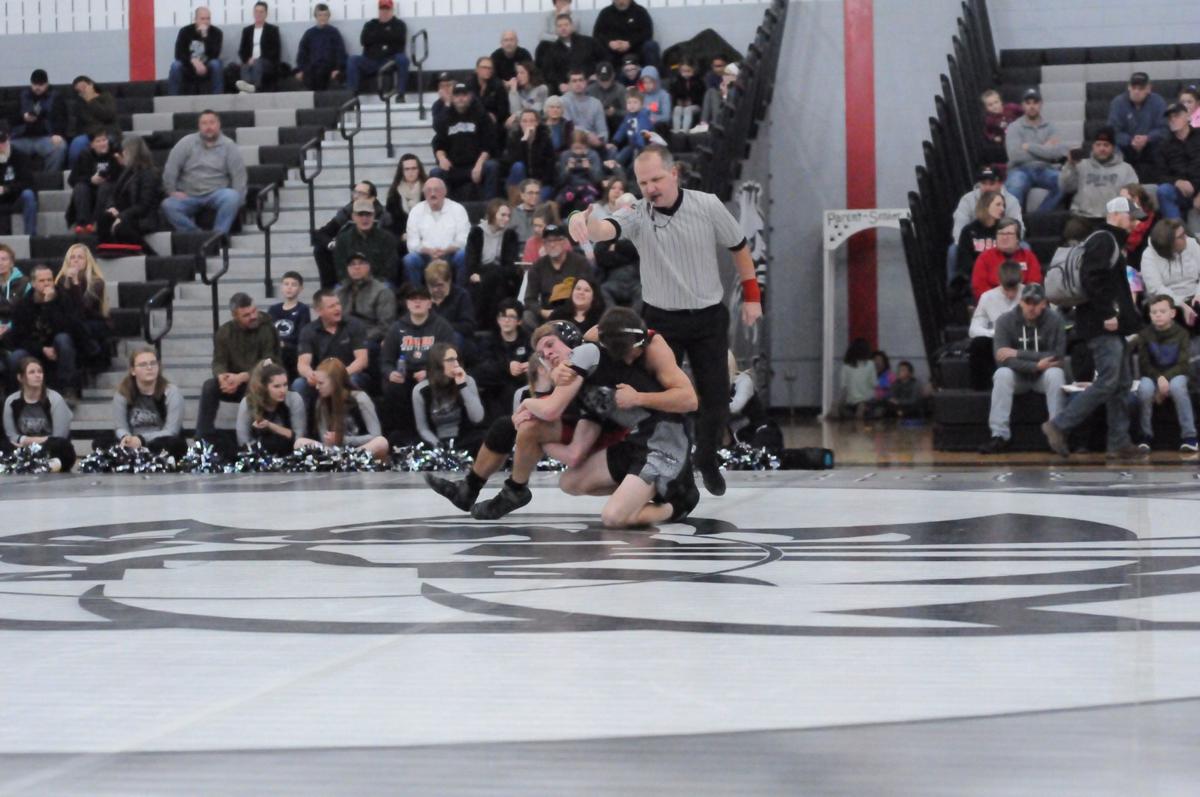 Athens' Aidan Garcia turns into North Penn/Liberty's Patriot June during the bout at 126 in their teams' match Thursday night. 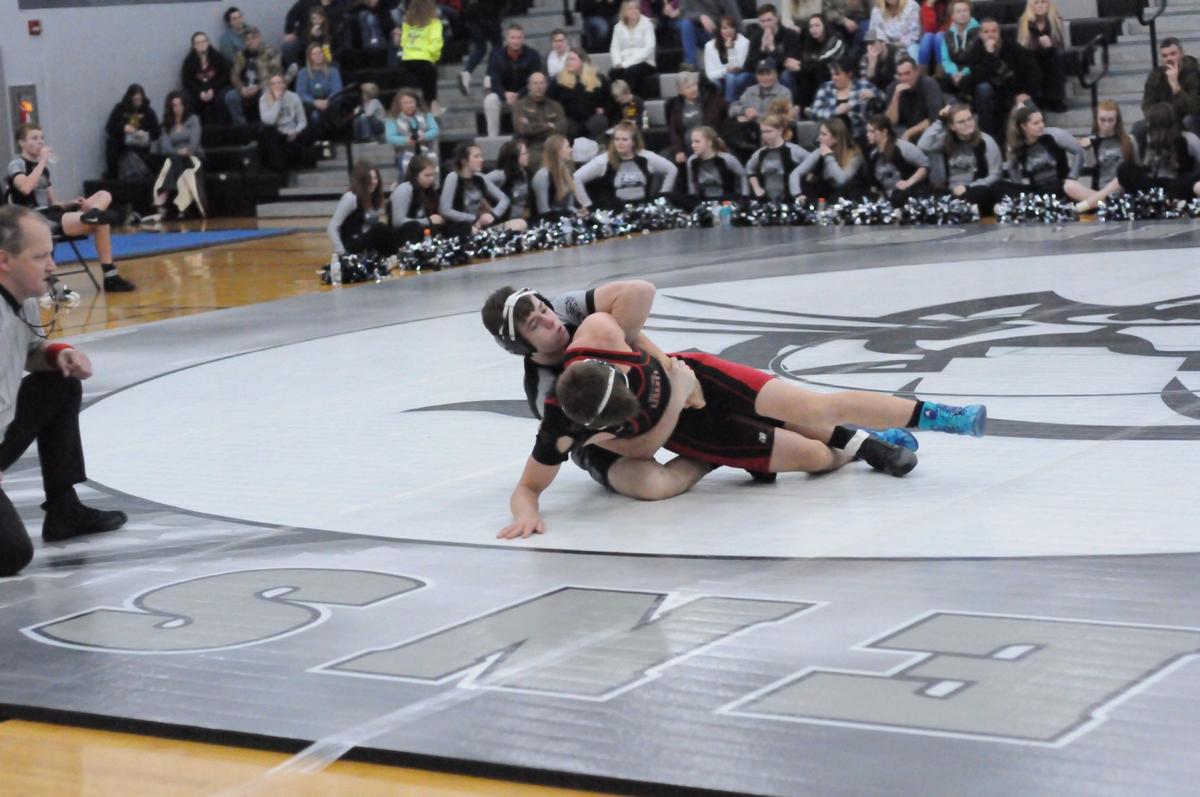 Athens’ Karter Rude works to turn North Penn/Liberty’s Gaven Sexauer during the bout at 145 in their teams’ match Thursday night.

Athens' Aidan Garcia turns into North Penn/Liberty's Patriot June during the bout at 126 in their teams' match Thursday night.

Athens’ Karter Rude works to turn North Penn/Liberty’s Gaven Sexauer during the bout at 145 in their teams’ match Thursday night.

Gavin Bradley needed 44 seconds to get Athens on the board with a pin over Brayden Garvarick at 113. Aidan Garcia pinned Patroit June in 5:48 at 126 and Karter Rude needed 1:51 to pin Gaven Sexauer at 145.

Also in that stretch, Kaden Setzer accepted a forfeit at 120, Lucas Forbes won by forfeit at 132 and Brandon Jennings took a forfeit win at 138.

Athens got a 6-4 decision win from Zach Stafursky at 152 as a late takedown proved to be the margin of victory over Tyler Pequinot.

Athens’ Alex West got those three points back with an 8-4 win over Kohen Lehman at 170.

Forfeit wins for Athens’ Colin Rosh and Ben Pernaselli at 182 and 195 ensued before more wrestlers took the mat.

After a double-forfeit at 220, Keegan Braund used a third-period takedown to pin Logyn Choplosky at the 5:28 mark.

The match finished up at 106 where Kyler Setzer pinned Sophia Domenech 21 seconds into the match.

The Redskins picked up five wins on the mat. After Seth Seymour accepted a forfeit for Troy at 106, Layla Bennett pinned Troy’s Treton Bradley with 28 seconds left in the match at 113.

Then the Trojans pulled away.

Peyton Bellows and Jayden Renzo got pins over Jakob Burgess and Robert Benjamin at 132 and 138 to touch off a 7-1 run in match wins.

Peyton Jayne accepted a forfeit at 145 for Troy.

Then Sayre’s Jake Bennett took a 9-4 decision at 152 from Jacob Turner to stop the bleeding.

The respite, though, didn’t last as Troy’s Lacey Hinman (160) and Mason Woodward (170 accepted forfeits for Troy, and then Trojans Ed Cole at 182 and Josh Isbell at 195 won by pin over Don Abrams and Gavin Rucker.

The match ended on a good note for the Redskins.

Sayre will head to theBorder Brawl at Williamson on Saturday.