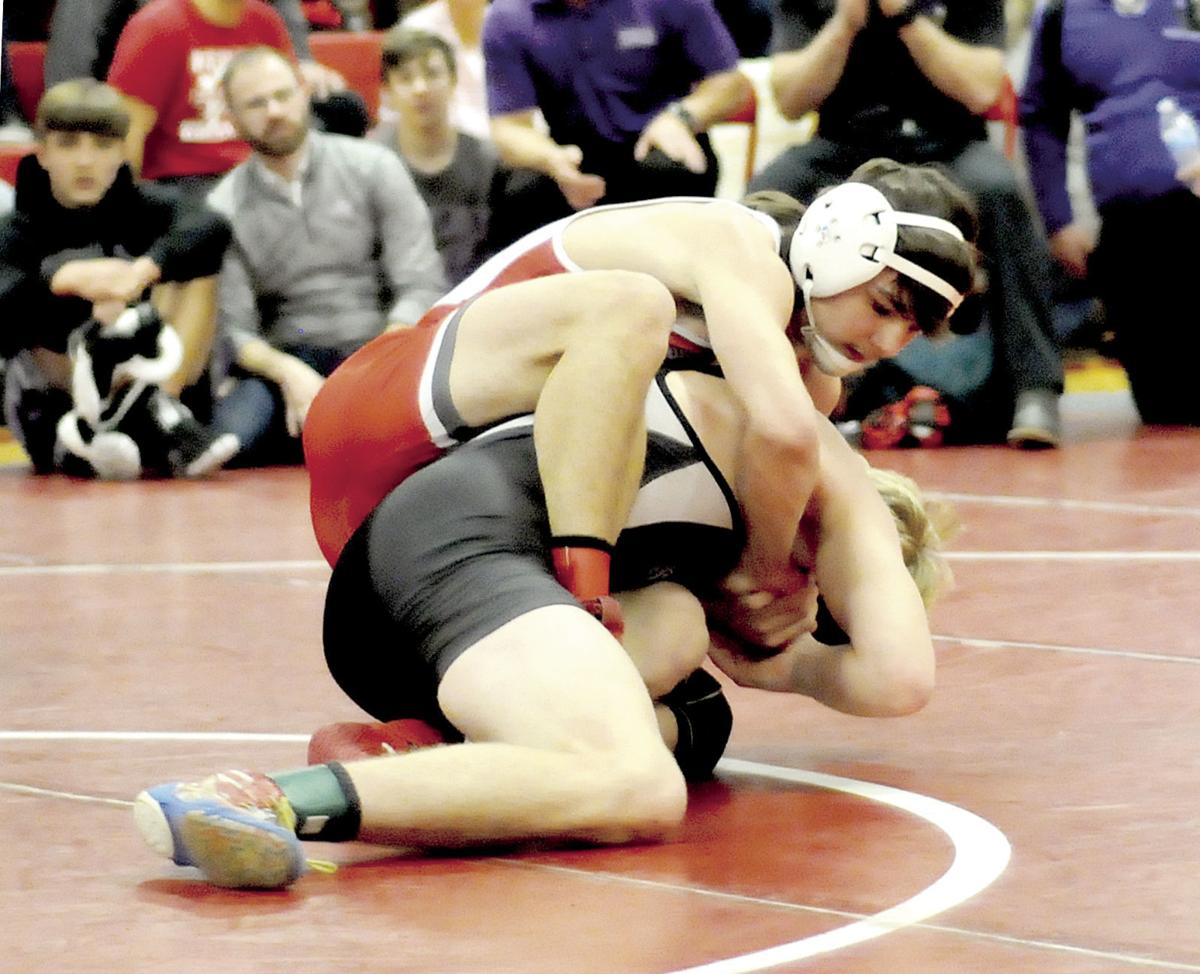 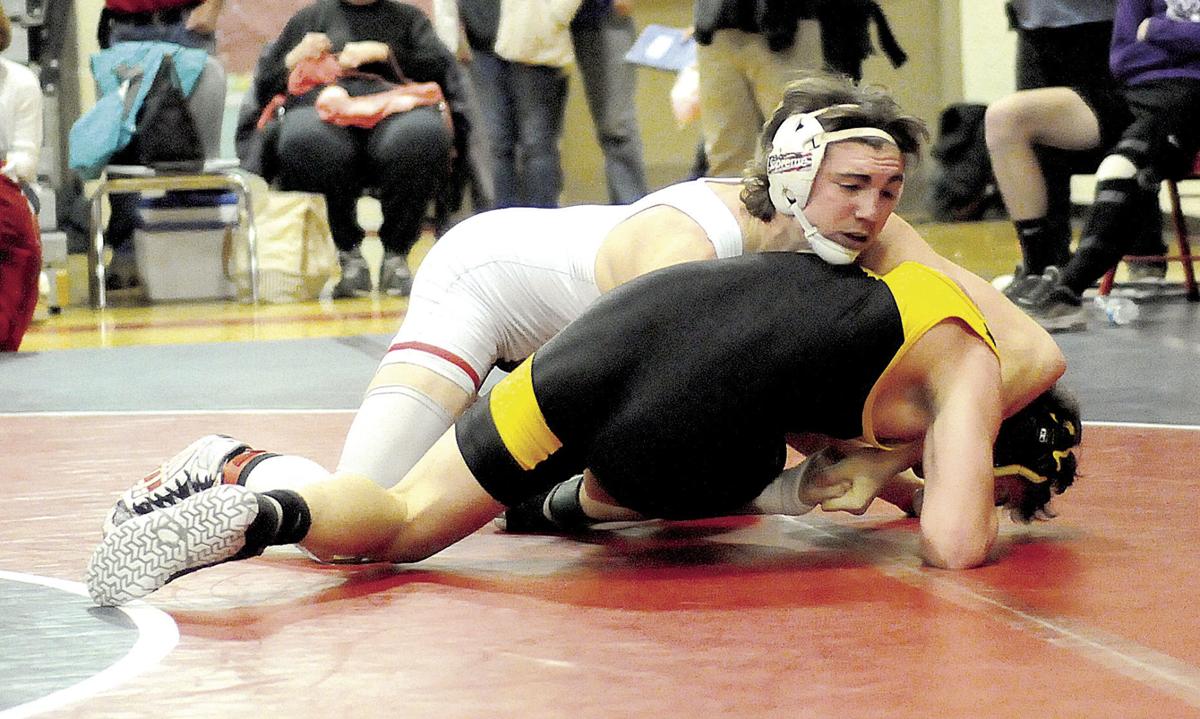 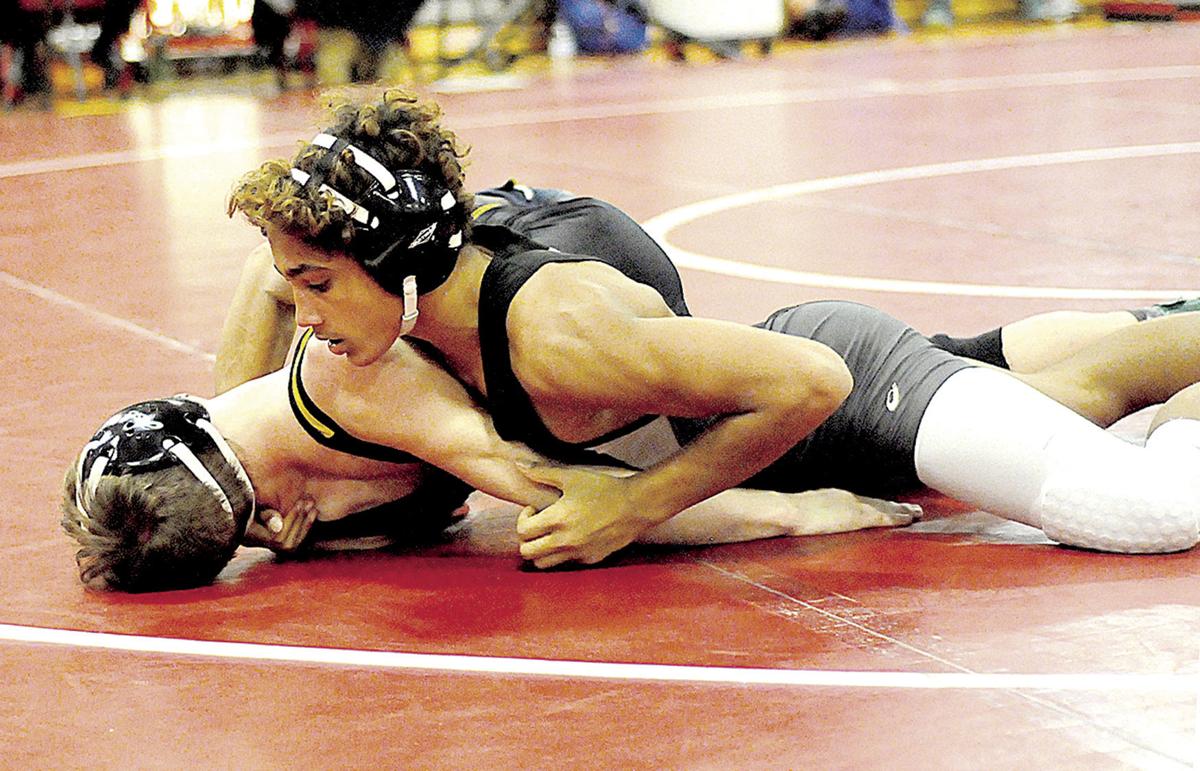 SVEC’s Ousmane Duncanson gets back points in the finals of Saturday’s Section IV Division II ‘B’ sectional at Waverly.

SVEC’s Ousmane Duncanson gets back points in the finals of Saturday’s Section IV Division II ‘B’ sectional at Waverly.

WAVERLY — Wrestling at home, Waverly sent four to the finals and two to the top of the Section IV Division II “B” sectional podium Saturday and came home with a third-place team finish.

Spencer-Van Etten/Candor had one champion and finished sixth in the team chase.

Windsor won the team title with 270 points, easily topping second-place Norwich which had 188 points. Waverly was third with 151 points followed by Susquehanna Valley in fourth with 132 points, Owego, fifth with 121 points and SVEC with 104.5 points.

Waverly’s first champion was Garrett Skeens at 138. Skeens, seeded first, powered through his weight class. He opened with a pin of Maine-Endwell’s Ryan David-Kadaronak in one minute, 32 seconds. In the semis, he ran into SVEC’s Hunter Cleveland. Skeens go out to a sizable lead, but Cleveland battled back before Skeens could put the match away with a 13-6 score.

“Garrett wrestled really well,” said Waverly Coach Devan Witman. “He went up big in the semifinals and didn’t waste any time in the final getting that pin. He’s up a weight class, so he has to make a quick adjustment. He should get a good seed for next week and we have a whole week to prepare.”

Ethan Stotler, at 160, was also seeded first and cruised to the title. He pinned Owego’s Matt Gotto in 1:12 in the quarters. In the semis, he pinned Windsor’s Noah Yadlosky but needed 3:33 to do it.

Stotler’s final took less time than Skeens’ final had as he pinned Windsor’s David Flora in 47 seconds to get his 170th varsity win.

“I’ve never seen Ethan so dominant,” said Witman. “He definitely has the end game in mind and is working toward that.”

Ousmane Duncanson, seeded first at 132, had little trouble in his title quest. He opened with a pin of Groton’s Brennan Brockway in 2:32, and then pinned Owego’s Jacob Morris in 1:46 to win his semi.

Unlike his Waverly counterparts, Duncanson didn’t get a pin in his final. He beat Windsor’s Deekon Flint 17-2 to get the technical fall.

“For an eighth grader to go out in a finals match — the experience itself is great — he went out, didn’t hesitate and stayed on his offense the whole time,” said SVEC Coach Jesse Buck. “I couldn’t be happier.”

Waverly had two other wrestlers make the final.

At 106, Connor Stotler had just three other wrestlers in his bracket. Seeded second coming in, he pinned Windsor’s Noah Taylor in 3:15 but dropped a 12-5 decision to Owego’s Matt Laubach in the final,

Austin Kimble, at 152, may have had the best tournament run of any wrestler in the house. He finished second but was seeded fifth.

Kimble knocked off fourth-seeded Hunter Ballard of Windsor 9-5 in the quarterfinals. In the semifinal, he pinned top-seeded James Hoover of Windsor in 1:58.

His reward was a match in the final against third-seeded Joey Marvin of Norwich. Kimble and Marvin went toe to toe for a while, but Marvin pulled away to an 18-7 win.

Also for Waverly, Gage Tedesco improved on his seed with a 3-1 day to take third at 182. At 126, Rylan LaForest wound up taking fourth.

The top five in each weight class advance to the Section IV Division II State Qualifier on Saturday, Feb. 15. Wrestling will begin at 10 a.m. at the Broome County Veterans Memorial Arena. Sixth-place finishers are alternates.

Duncanson was SVEC’s lone finalist, but the Eagles are sending a good contingent. In addition to Duncanson, SVEC had two third-place finishers, a fourth-place finisher and one each in fifth and sixth place.

Wyatt Stouffer was third at 99 and Cleveland battled back from the loss to Skeens to take third for the Eagles.

Also for SVEC, Nick Tubbs placed fourth at 170; Devin Beach wound up fifth at 160; and Jacob Campolito took sixth at 195.

“Everybody competed great,”said Buck. “There were a couple of tight ones where we were right in the match but came up short. Then guys who had those matches were able to put them in the past and wrestle back and see those folks again next week. They did what they needed to do.”