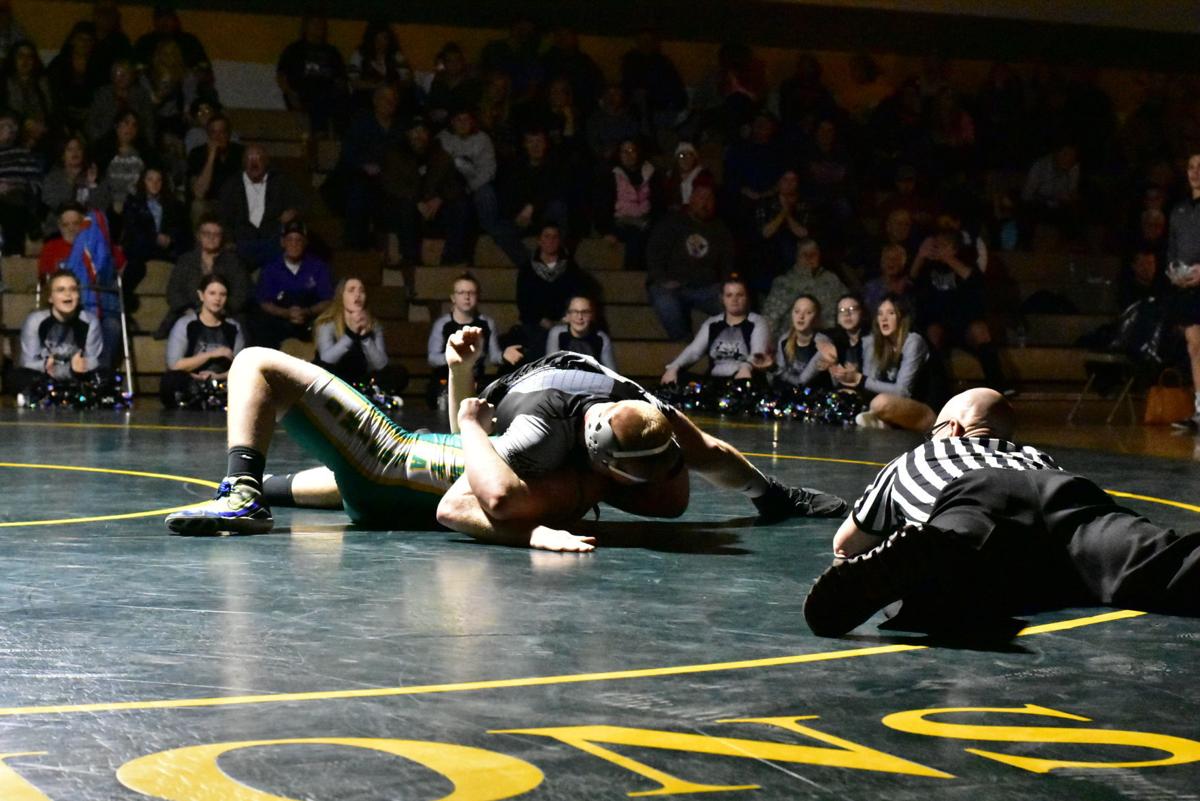 Athens’Riley Hall secures the pin in his match at 160 against Wyalusing Tuesday night.

Athens' Keegan Braund shows his opponent the light during his team's match against Wyalusing Tuesday night.

Athens’Riley Hall secures the pin in his match at 160 against Wyalusing Tuesday night.

Athens' Keegan Braund shows his opponent the light during his team's match against Wyalusing Tuesday night.

WYALUSING — Homestanding Wyalusing got pins in the first five matches against Athens Tuesday night and held on for a 40-37 win over the Wildcats.

Athens’ Riley Hall got a pin win at 160, but Wyalusing’s Alex Hunsinger won by 12-4 for a major decision.

At that poiunt the Rame led 34-6 with eight matches left. One of those, however, would be a forfeit win for Wyalusing’s Jackson Chilson at 220. That meant Athens needed as many bonus points as they could possibly get.

Alex West at 182 and Ben Pernaselli did their part winning by fall and forfeit, respectively.

After the forfeit to Chilson, Keegan Braund gave Athens six more points with a 13-second pin at 285.

At 106, Kyler Setzer won 12-0 for a major decision. Wyalusing elected not to send anyone out to meet Gavin Bradley at 113, giving the Wildcats six more points. Kaden Setzer finished off the match for Athens with a 10-6 decision, but the Wildcats would come up short on the team scoreboard.

Athens will head for the Thomas Chevrolet Tournament in Bedford Friday and Saturday,.