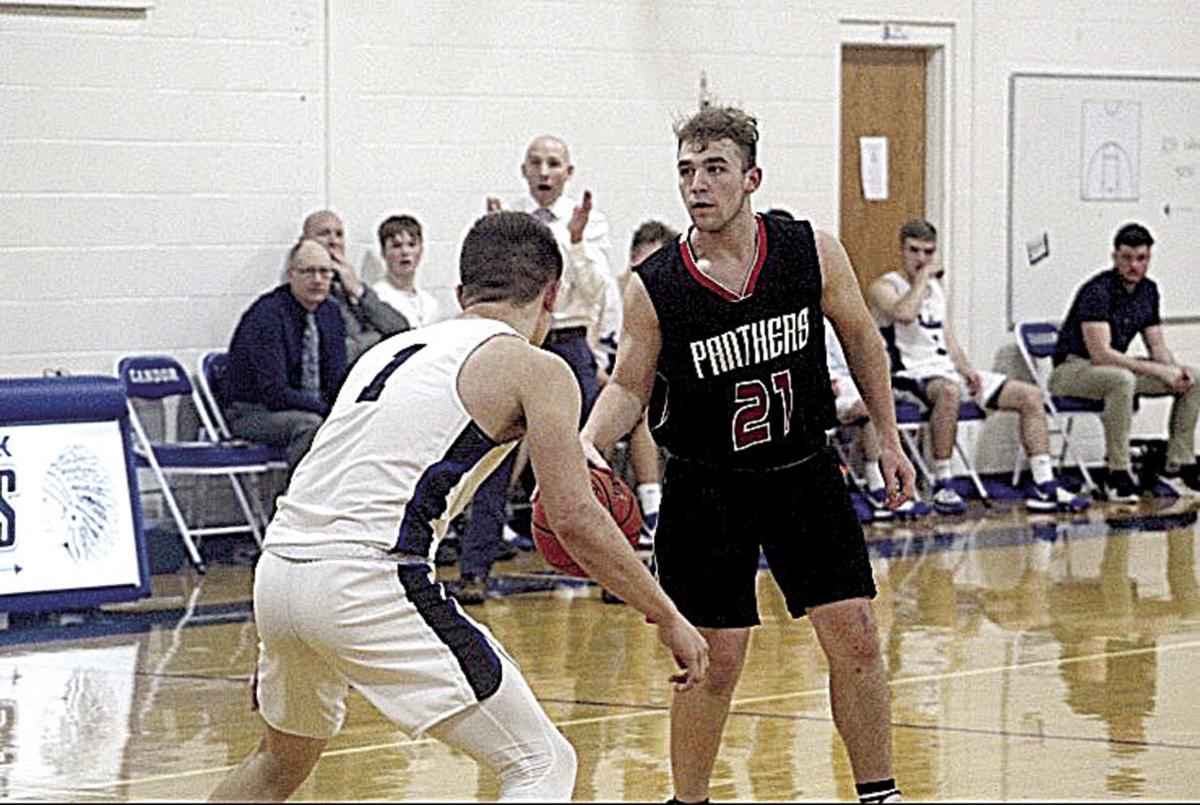 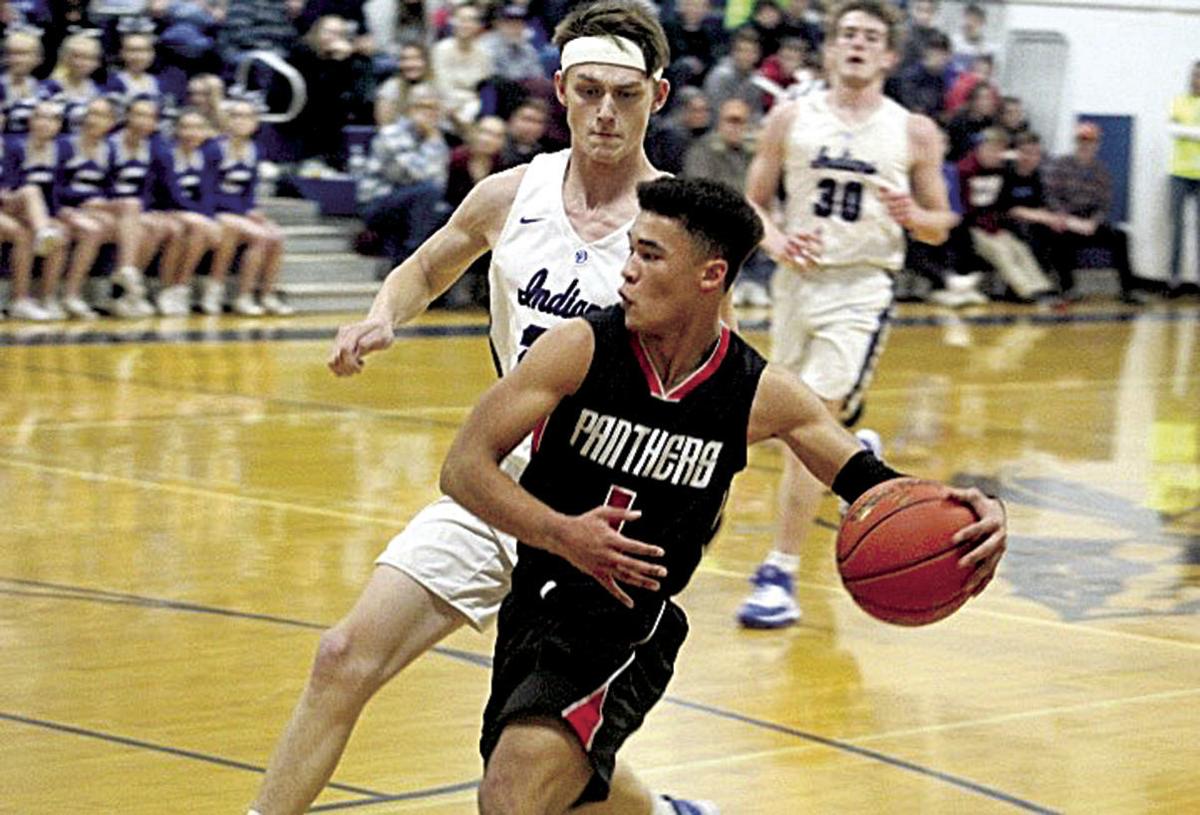 S-VE’s James Sutherlin looks to make a move during his team’s game against Candor Tuesday night. 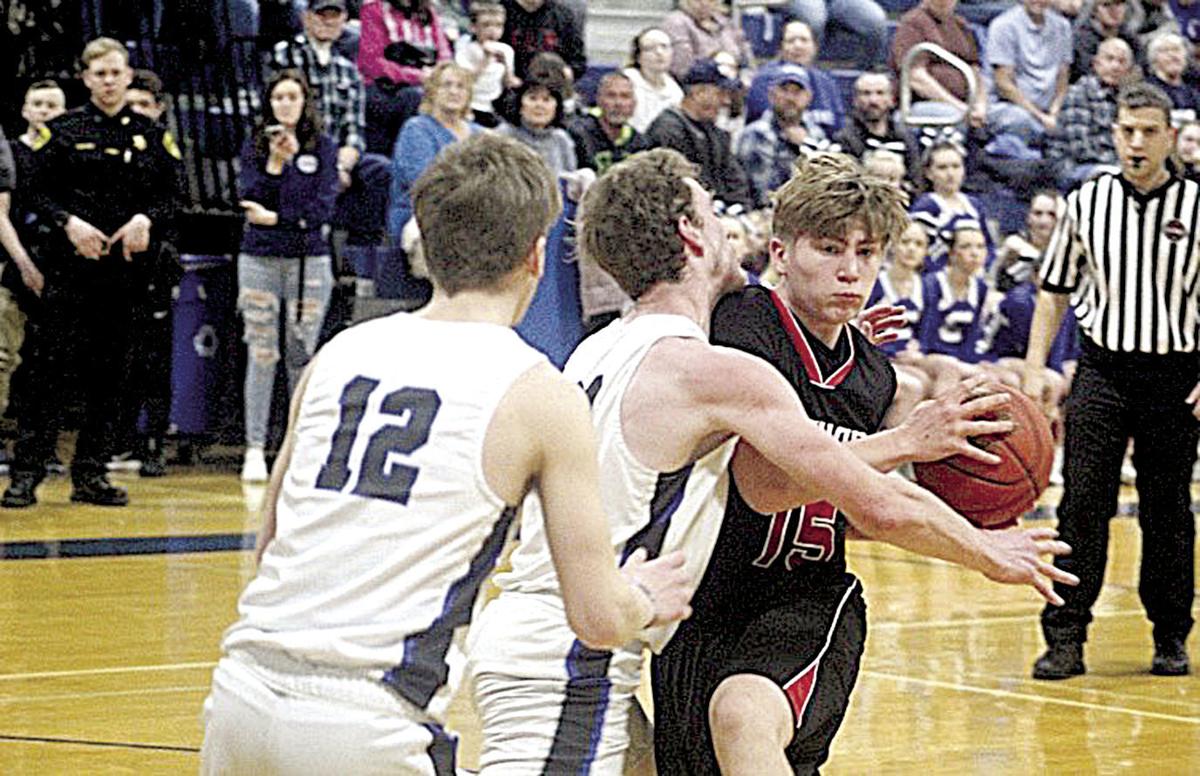 S-VE’s Matt Byrne meets stiff resistance on his way to the basket during his team’s game against Candor Tuesday night.

S-VE’s James Sutherlin looks to make a move during his team’s game against Candor Tuesday night.

S-VE’s Matt Byrne meets stiff resistance on his way to the basket during his team’s game against Candor Tuesday night.

The first time around, the Candor Indians brought home a five-point road victory. Both teams would start off slow in Candor on Tuesday night, but the Panthers edged out the Indians at the end of the game by a score of 47-43. The spark they needed for the win came from five third quarter three-pointers.

“It was a great win for us tonight,” said Spencer-Van Etten Head Coach Jeremy Kastenhuber. “Candor is a really good team, and they’ve been hot as of late, so I’m proud of our guys for finishing this one out.”

Both teams struggled to get anything going offensively in the first frame from physical defensive play that lead to a score of 6-4 in favor of Candor at the end of one. Junior James Sutherlin scored all four points for the Panthers to open up the game.

Physical play turned into transition points for Candor to increase its lead in the second quarter. Both teams combined for just one three in the period as the Indians were able to jump out to a 19-12 lead at the end of the half.

Right as the second half began, it appeared as if Candor would dictate the pace of the game for a second straight half. That was when the Panther offense caught fire from behind the arc. The team accounted for five three-pointers in the third quarter alone to go along with 20 total points. Junior Matthew Merrick would lead the S-VE offense in that period with nine points to give his team the momentum and a 32-29 lead heading into the fourth quarter.

An even final period led to an exciting finish for the neighborhood rivals. Candor led most of the game but found themselves trying to make a comeback of their own down late. Spencer-Van Etten was able to make five free-throws in the fourth to come away with the 47-43 victory.

Sutherlin led the way for the Panthers with 17 points while Merrick was able to knock down 13 in the win.

Candor was led by Alex Doucett and Daniel Thomas, who finished with 15 and 13 respectively.

With the victory, the Spencer-Van Etten Panthers move to 9-9 overall with an IAC record of 6-6. The Panthers have already qualified for the Section IV Class C playoffs but look to possibly move up in seeding after tonight’s win and a contest with Moravia — another playoff team — on Friday night. With the loss, Candor falls to 12-7 with a 9-4 IAC record. Both teams will gear up for the sectional tournament starting in about two weeks.

“I told the kids at halftime that we had to apply what we learn in practice, such as getting to the rim and kicking it out. We were able to make shots in the second half which helped us as well,” said Kastenhuber. “That’s our fourth win in a row, so hopefully that means we’re peaking at the right time.”

MARATHON — The visiting Tigers just couldn’t get anything going against the Olympians.

Marathon led 25-11 after the first quarter and 39-15 by halftime to make the second half purely academic.

Sam Taylor tried to keep his Tigers in it early with five of his 15 points in the first quarter.