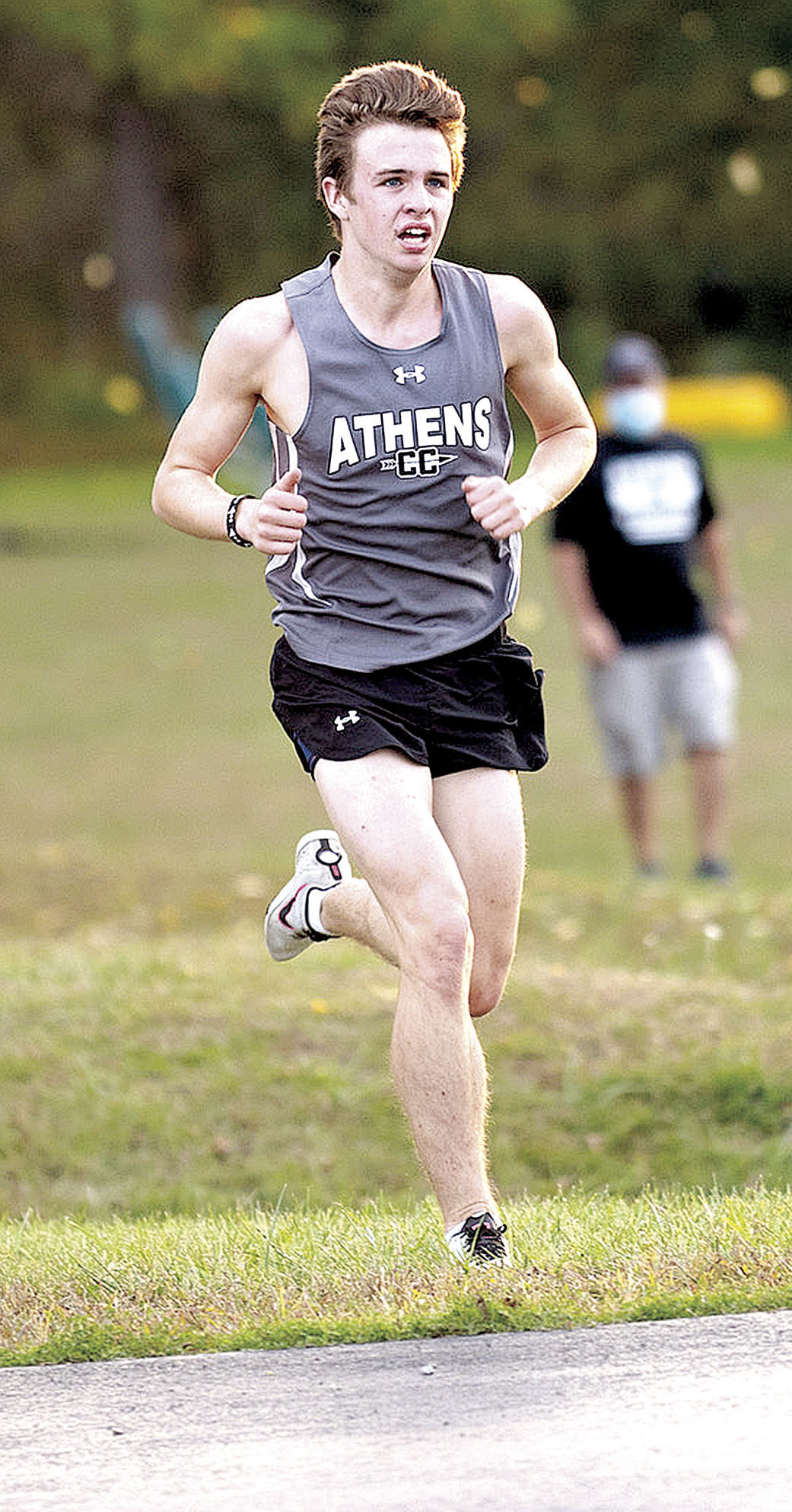 Athens senior Connor Dahl will lead the Wildcats into the District 4 meet today. 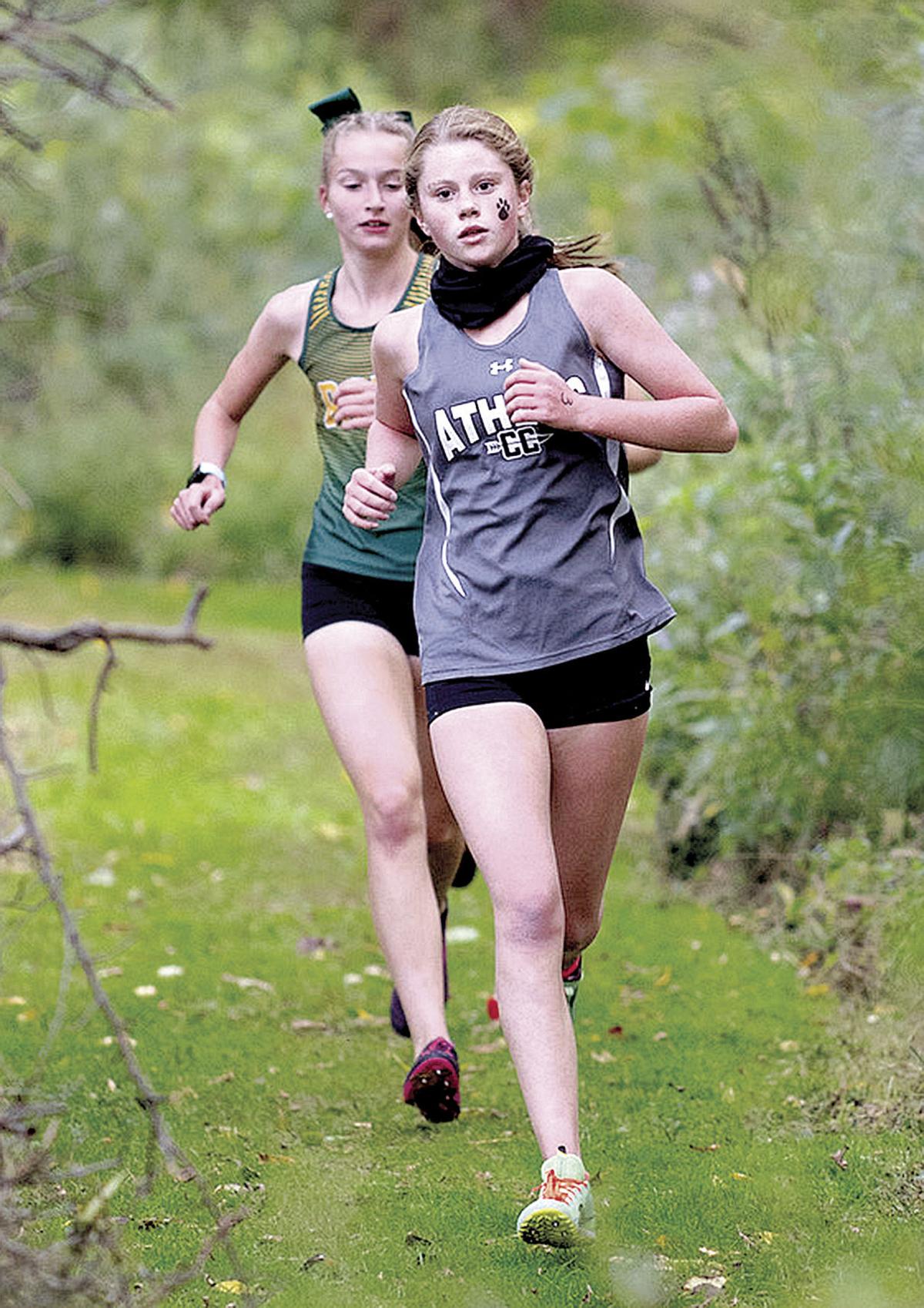 Athens’ Emma Bronson is the lone returning District 4 qualifier for the Lady Wildcats, who will head to the district meet today.

Athens senior Connor Dahl will lead the Wildcats into the District 4 meet today.

Athens’ Emma Bronson is the lone returning District 4 qualifier for the Lady Wildcats, who will head to the district meet today.

TURBOTVILLE — The Athens High cross country team will head south this morning as the Wildcats take on the best runners in District 4.

The Athens boys are coming off an undefeated Northern Tier League season and looking to make some noise at districts.

One thing that has helped the Wildcats is that they like to run as a pack — both in practice and in meets.

“It really helps the guys out a lot to know that there are teammates that are right there ... and they help each other out and allow them to maybe push a little bit harder knowing they have their teammates right there with them. It certainly helps score-wise to have them grouped together and not spread out all over,” said Bronson.

Senior Justin Lynch credited Dahl for leading the way when it comes to that “pack” mindset.

“He had us out doing hill runs on Saturday mornings ... that was great for dropping time,” Lynch said of Dahl. “Normally he’s pushing me, but I do my best to train with him for as long as I can.”

Both Lynch and Dahl are thrilled that the cross country season has been able to move forward despite the COVID-19 pandemic causing problems.

“I’m pretty happy. I was thinking it wasn’t going to happen, but we made it happen,” Dahl said.

“It was nice just to have a season. All summer we didn’t even know if we would be able to run, but we still went out and ran together and trained,” Lynch added.

Dahl is looking forward to running with the “Wildcat Pack” one more time.

“(The goal at districts is for) everyone to just run their best race, do what you can and try to stay together,” Dahl said.

For the Athens girls, youth will lead the way at districts as sophomore Emma Bronson is the lone Lady Wildcat who has experience at the D4 meet.

Athens girls coach Scott Riley is looking for Bronson to compete near the top of the field, while the other young Wildcats get some quality experience.

“For as young as this girls team is and with Emma the only one having district experience, it’s just go down there and have fun,” Riley said. “Thea (Bentley) has been having a great season and running really well. We’ve got some other girls who are getting healthy and running better now that we’re getting into the end of the season, so we’re looking for them to go down and have fun. And (we would) like to see Emma go out and be as competitive as she can in a race that’s going to be phenomenally tight competition. “

While Emma Bronson made districts last year, this time around will be different as the meet has been moved from Bloomsburg University to Warrior Run High School.

“I know that it’s pretty much just three big loops for the most part,” Emma Bronson said of the Warrior Run course.

“They had a video online so we had an opportunity to go and preview it that way because we’re not going to do course walk throughs at all (today) — it’s basically show up at the starting line and race, so anything you can learn from the course ahead of time is just from the video online,” Riley said of the course.

Bentley has had a strong campaign for the Lady Wildcats as she adjusted to the varsity level.

“The miles, it’s a lot further, but I like it when there’s more because, I don’t know, it just feels better,” Bentley said of the big difference between junior high and varsity.

Bentley believes running with girls like Emma Bronson has helped her succeed this year.

“It’s been good. They push me a lot because I try to get up to their level ... I want to be better than I was in junior high,” she said.

The young Lady Wildcats will have a chance to shine on a big stage today at Warrior Run. The meet begins at 9 a.m. with Class A, and Class AA — which includes Athens — will follow.