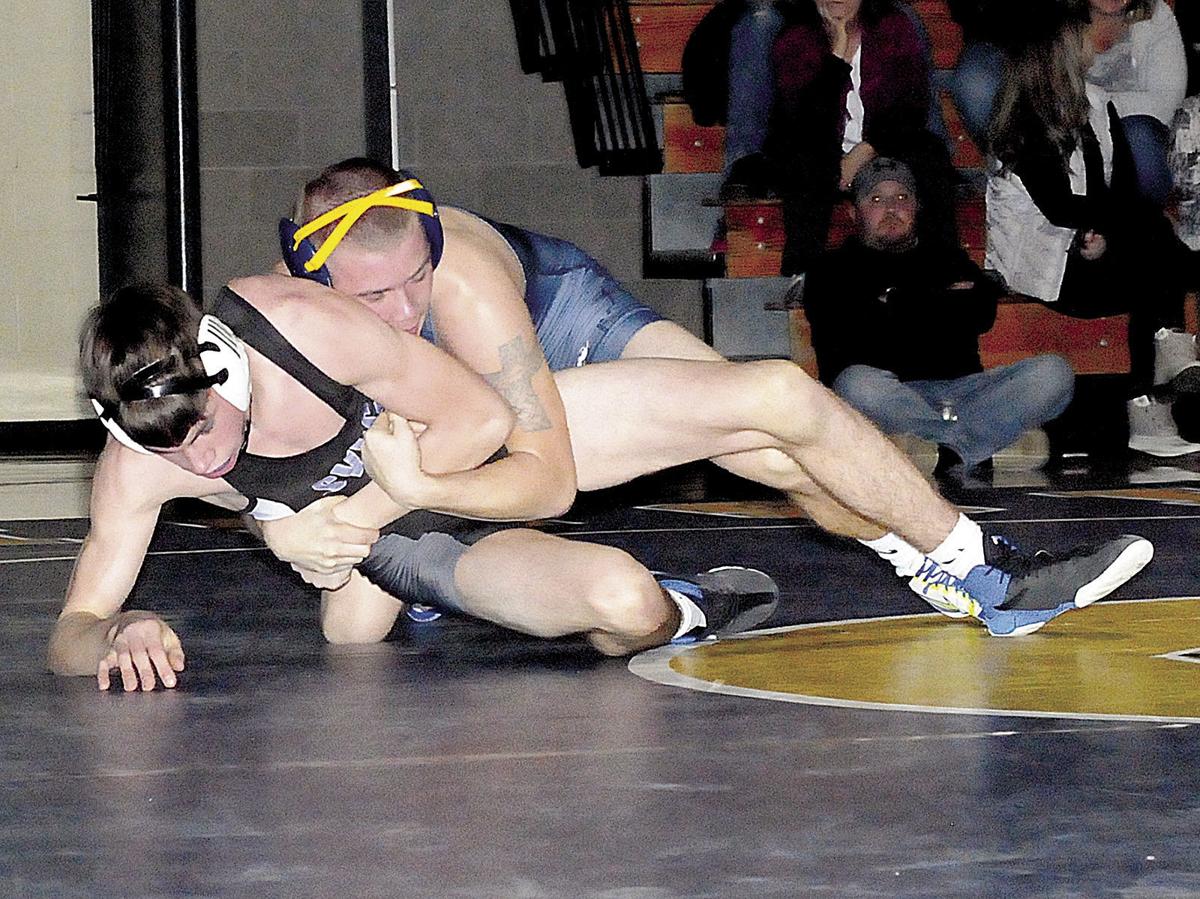 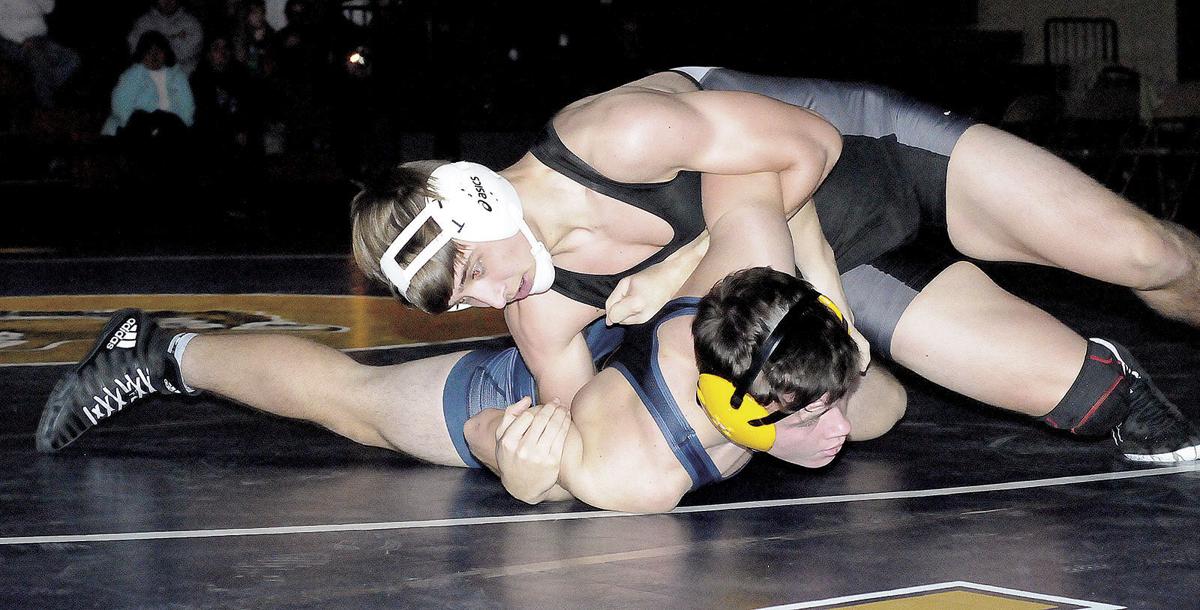 TIOGA — Spencer-Van Etten/Candor came into its match Wednesday night with Tioga light. The Panthers had to give up four forfeits.

Considering that Tioga is one of the best small-school teams in the state, the Panthers’ prospects weren’t good.

Those expecting a sound win for the Tigers saw just that as Tioga rolled to a 54-33 win over the SVEC.

The match started at 170 and the Panthers scored the first 15 points.

At 182, Camrin DePrimo got a takedown on Tioga’s Mason Booser and led 2-1 after a period. Booser started the second period on the bottom and ended the period on top by a 3-2 score. The third period, though, belonged to DePrimo. He got the reversal for a 4-3 lead, but Booser tied it with an escape. DePrimo got another takedown and Booser was hit with a stalling call as the SVEC wrestler came out on top 7-4.

Dom Wood, wrestling at 220 for Tioga, got the Tigers on the board with a pin of Anthony Speer in 1:40.

The high water mark for the Panthers came after the match 285 when the Panthers took a 21-6 lead. John Hammond was all over Tioga’s Cole Williams right from the whistle. A first-period takedown and nearfall gave the Panthers’ heavyweight a 4-0 lead. Starting on the bottom , Hammond got an escape, takedown and pin at the 3:12 mark.

That was when the forfeits kicked in. From 99 through 120, Gianni Silvestri, Caden Bellis, Emily Sindoni and Donovan Smith each went out on the mat to have a hand raised. The four forfeits turned a 21-6 deficit for Tioga into a 30-21 lead.

Jacob Welch kept the ball rolling at 126, dominating Kamren Lehman from the whistle until the pin at the 3:02 mark.

Ousmane Duncanson has been on a roll of late at 132 and Wednesday night was no different as Duncanson went takedown, nearfall, nearfall, pin — all in 1:14 — against Jerry Woodcock.

The next three matches ended in six-point wins for the Tigers.

At 138, Justin Hopkins was in control of Tyler Knickerbocker from the beginning and got the pin at the 2:52 mark.

What could have been a decent matchup between Tioga’s defending state champ Brady Worthing and SVEC’s Parker Sexton at 138 went bad in the first period when Sexton was injured and couldn’t continue.

With the match secured, Tioga’s Ethan Agan went out to face the Panthers’ Devin Beach in the final match of the night. Beach was in control from the start and got the pin in 1:47 to set the final score.

Both will be back in action Saturday at in the IAC Championships beginning at 9:30 a.m. at Waverly High School.