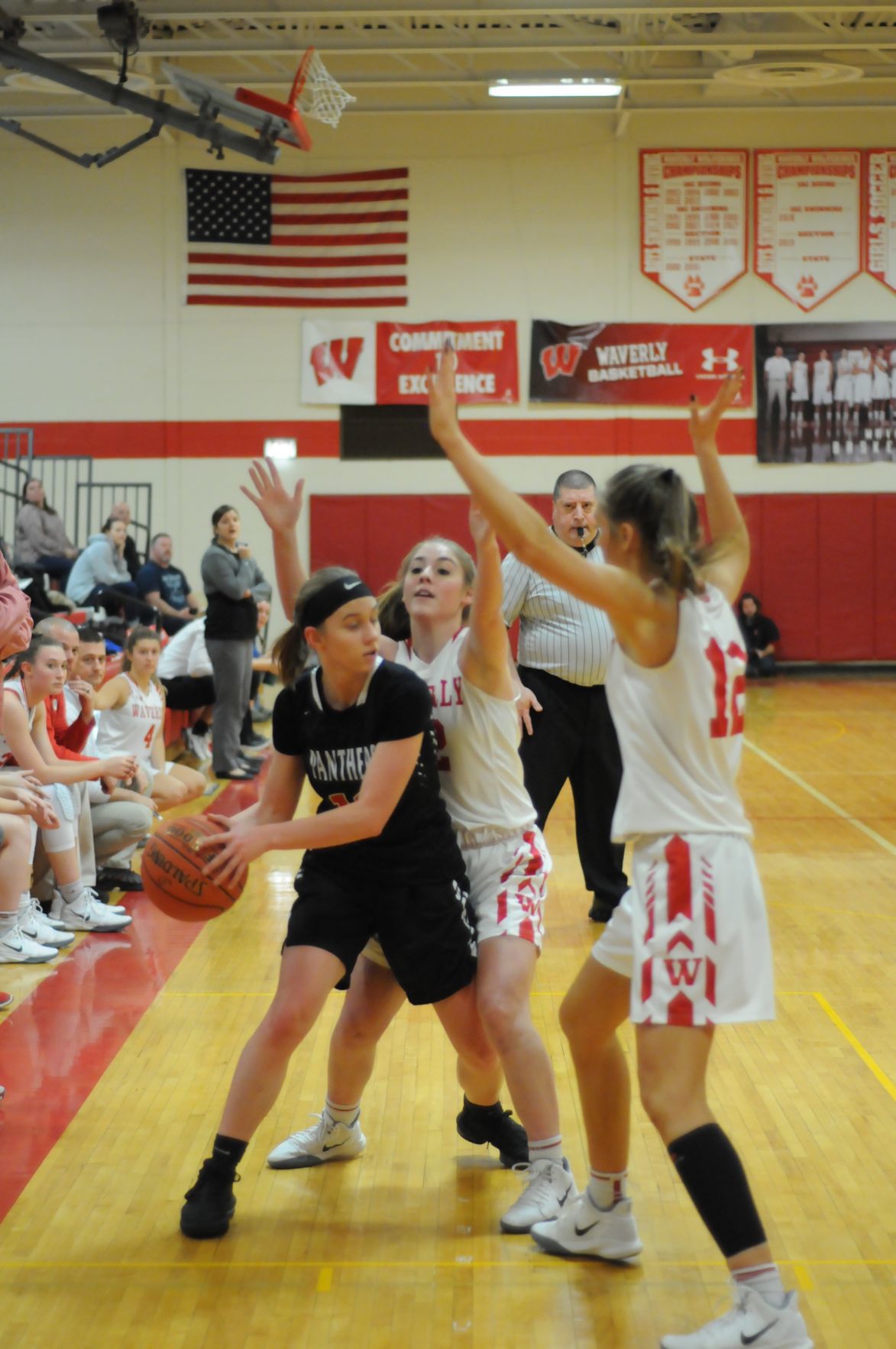 Spencer-Van Etten’s Madelynn Pasto is pinned on the sideline by Waverly’s Sidney Tomasso (12) and Olivia Nittinger (22) during their teams’ IAC contest at Waverly Tuesday night. 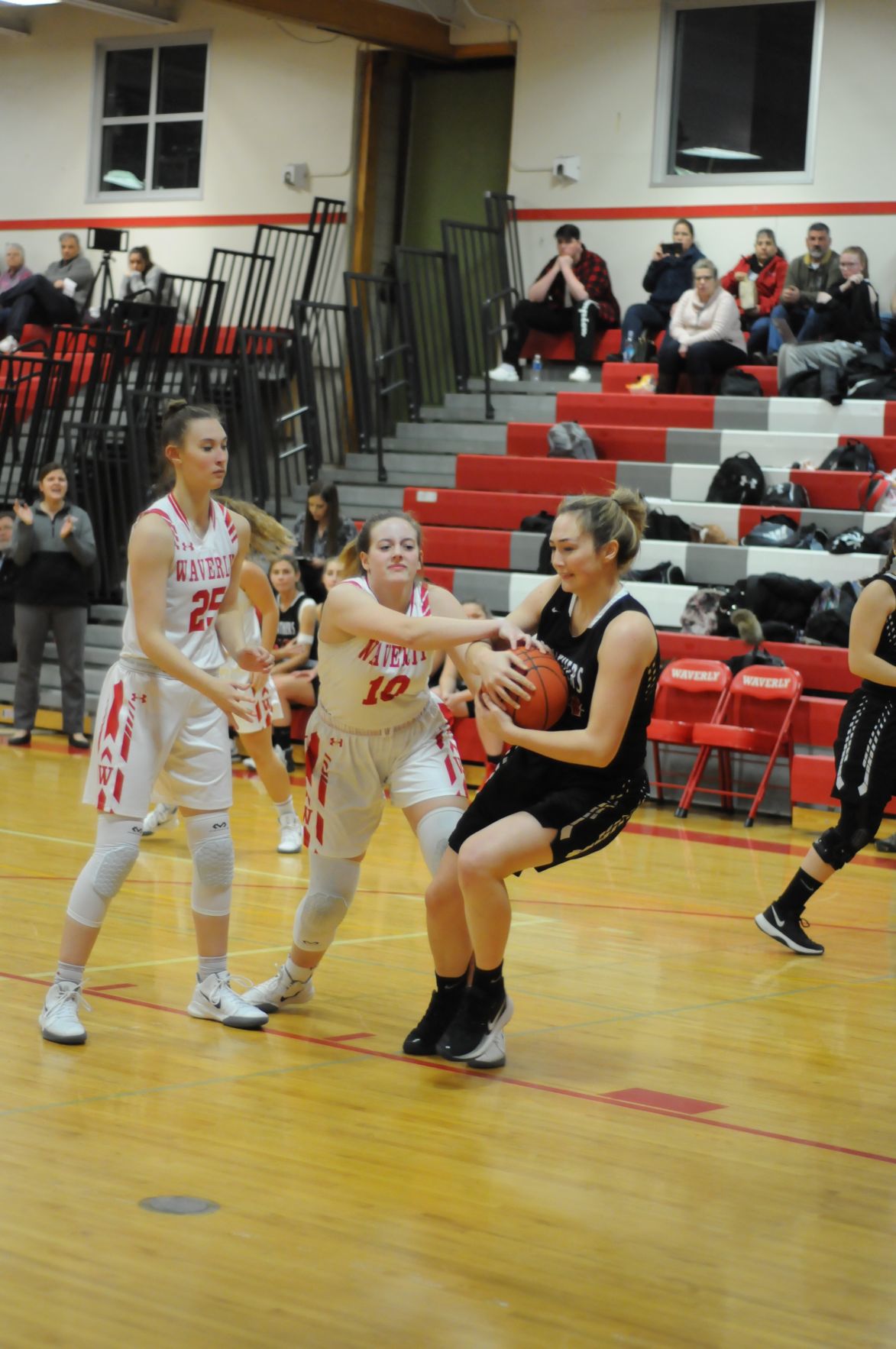 Spencer-Van Etten’s Madelynn Pasto is pinned on the sideline by Waverly’s Sidney Tomasso (12) and Olivia Nittinger (22) during their teams’ IAC contest at Waverly Tuesday night.

WAVERLY — The first quarter of the Waverly vs. Spencer-Van Etten girls basketball game was anything but a masterpiece. In total, the teams hit two baskets and two free throws.

The middle two quarters, though, told the tale as Waverly bounced back from a 4-2 deficit after one to lead 39-16 after three on the way to a 57-19 win.

Sidney Tomasso was the spark the Wolverines needed. scoreless in the first quarter, Tomasso garnered 11 of her game-high 21 points in the second quarter and the other 10 in the third.

Morgan Adams added six of her eight points in the third period and Olivia Nittinger drained a couple of long balls in an eight-point night. Kennedy Westbrook, Alyssa Sindoni and Paige Lewis added six points each for the Lady Wolverines.

On Friday, Waverly will host Dryden and S-VE will visit Groton.

ELMIRA — Tioga stayed with the Crusaders for a quarter, then the game got away from the Tigers.

Tioga trailed 15-11 after the first eight minutes, but the Crusaders ran away with the game in the second quarter to lead 37-16 at the half.