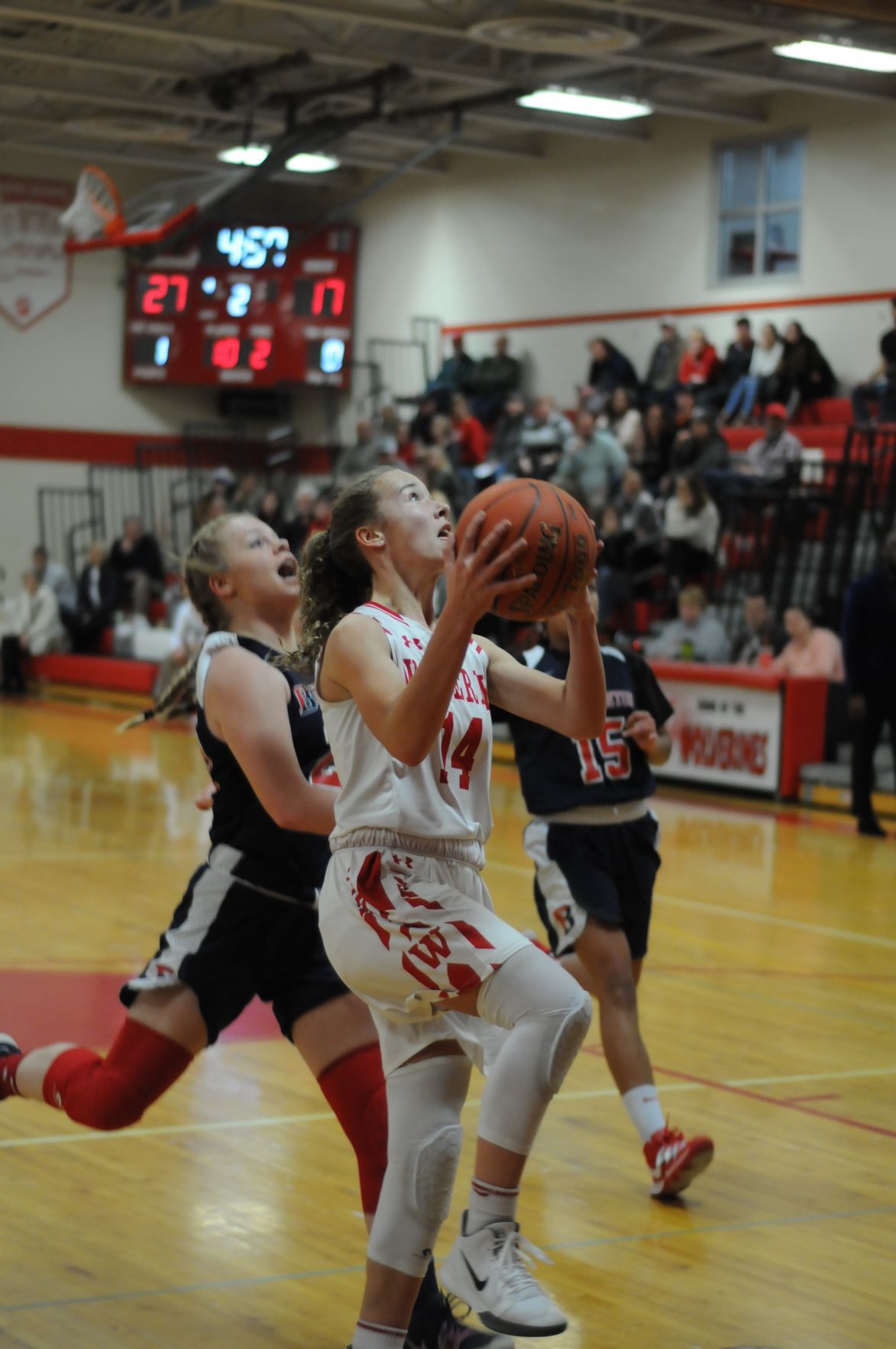 Waverly’s Kennedy Westbrook goes to the hoop during her team’s game against Binghamton Tuesday night. 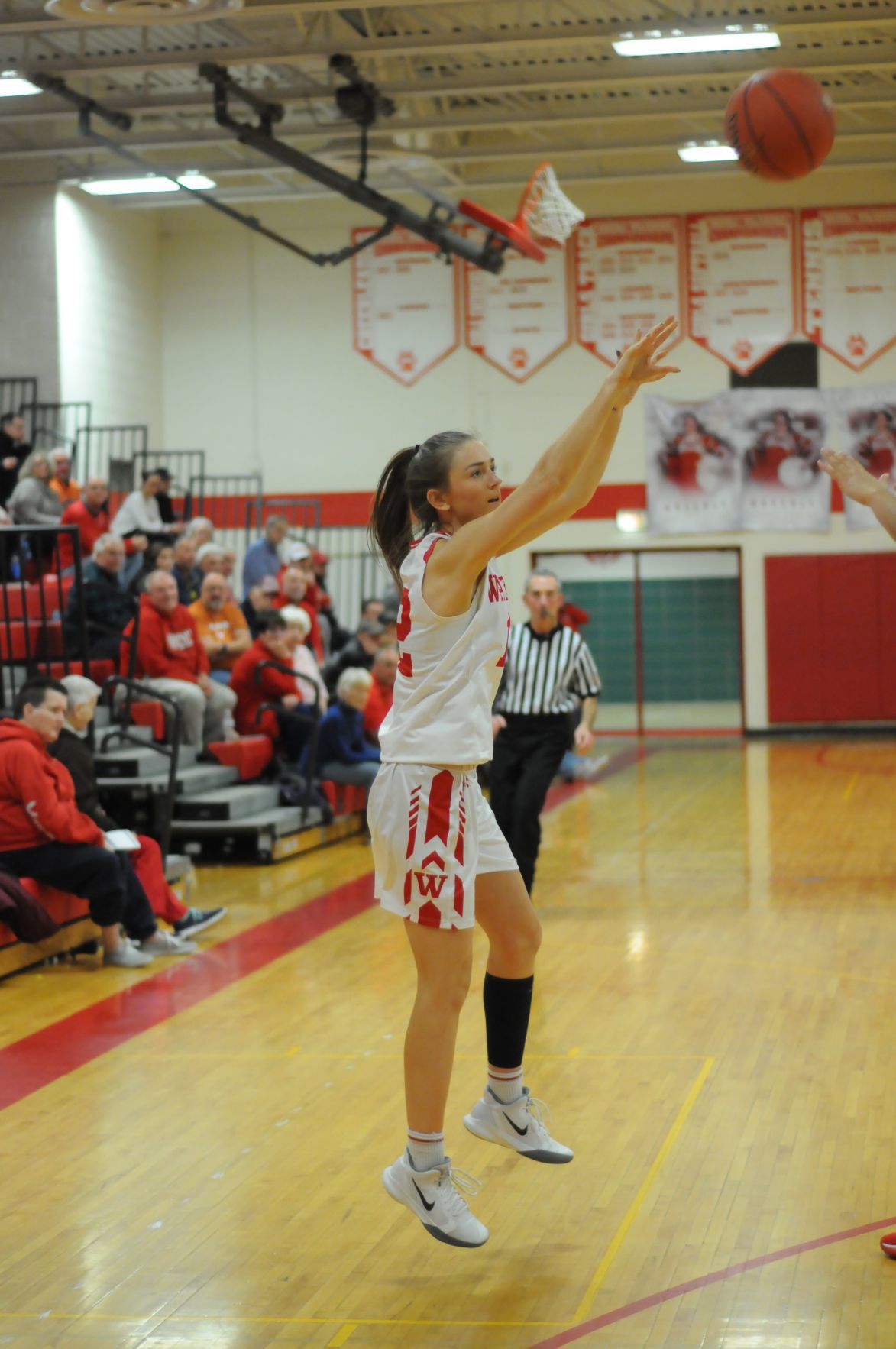 Waverly’s Sidney Tomasso puts up a three-ball in her team’s game against Binghamton Tuesday night. 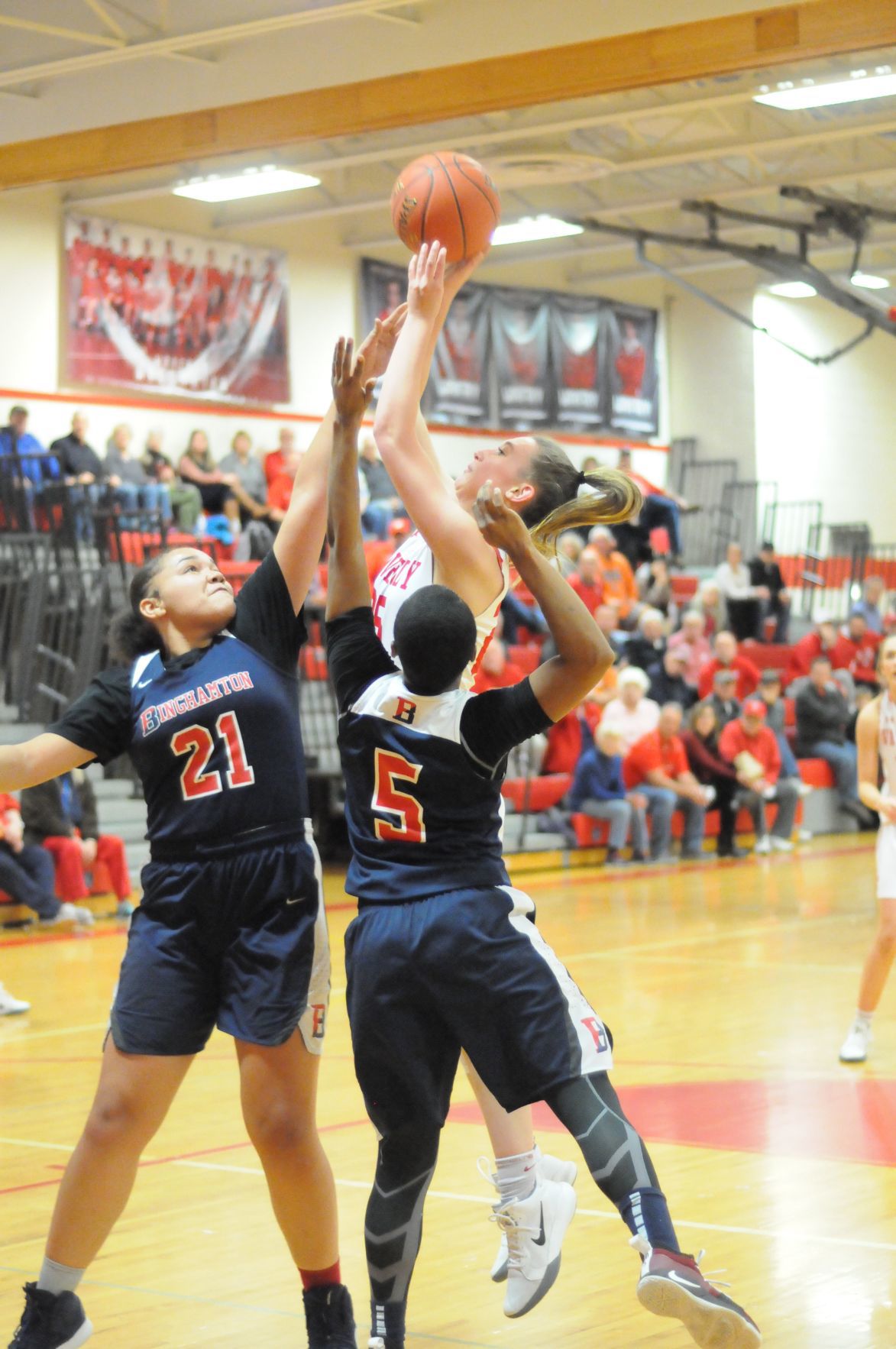 Waverly senior Paige Lewis puts up a tough shot in the lane during her team’s game against Binghamton Tuesday night.

Waverly’s Kennedy Westbrook goes to the hoop during her team’s game against Binghamton Tuesday night.

Waverly’s Sidney Tomasso puts up a three-ball in her team’s game against Binghamton Tuesday night.

Waverly senior Paige Lewis puts up a tough shot in the lane during her team’s game against Binghamton Tuesday night.

WAVERLY — Sometimes the final score is indicative of the game. Sometimes it isn’t.

The latter was the case in Waverly’s 58-41 win over Class AA Binghamton Tuesday night.

Waverly held an 18-11 lead after a quarter. Sparked by stifling defensive pressure and the numerous Patriot turnovers it caused, Waverly extended its lead to 36-20 at the half.

Waverly opened the second half with a 17-point period and limited Binghamton to five points in the third. That gave Waverly an insurmountable 52-25 lead with a period to go.

Chloe Bellis, Eve Wood and Liv Ayres provided the fuel as Tioga opened with a 17-10 lead after a quarter. Marathon’s Kristy Walley kept her team in the game with eight of her 14 points in the first eight minutes.

Tioga increased its lead to 32-20 at the half in spite of the eight points scored in the period by Marathon’s Brooke Tillotson.

Continuing to get offensive production from numerous sources, Tioga inched away a bit more in the third, outscoring Walley and Tillotson 14-11 in the third.

The fourth quarter was all Tioga. Literally, the Tigers blanked the Olympians and put another 10 on the board.

Ayres led Tioga’s offense with 20 points on the night, but the team recorded two double-doubles. Giovanna Rossi had 10 points and 15 rebounds. Bellis packaged 10 points, 10 rebounds, four assists and two steals for the Tigers.

Also for Tioga, Wood had 11 points and Julia Bellis had seven rebounds and two steals.

Tioga will finish its regular season tonight when Towanda comes to town for a 7:30 p.m. start.