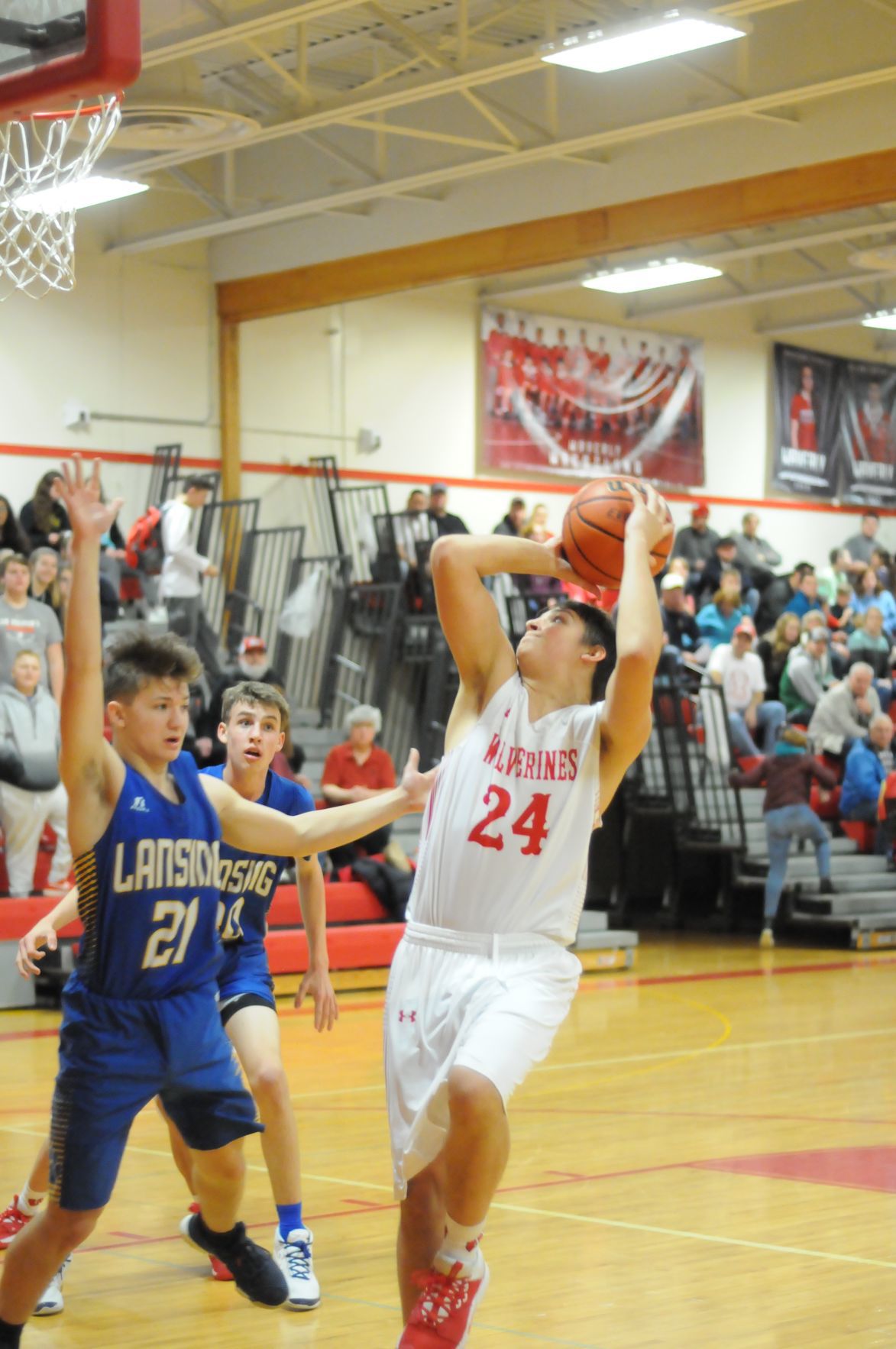 Waverly’s Kobe Decker goes up for two during his team’s game against Lansing Friday night. 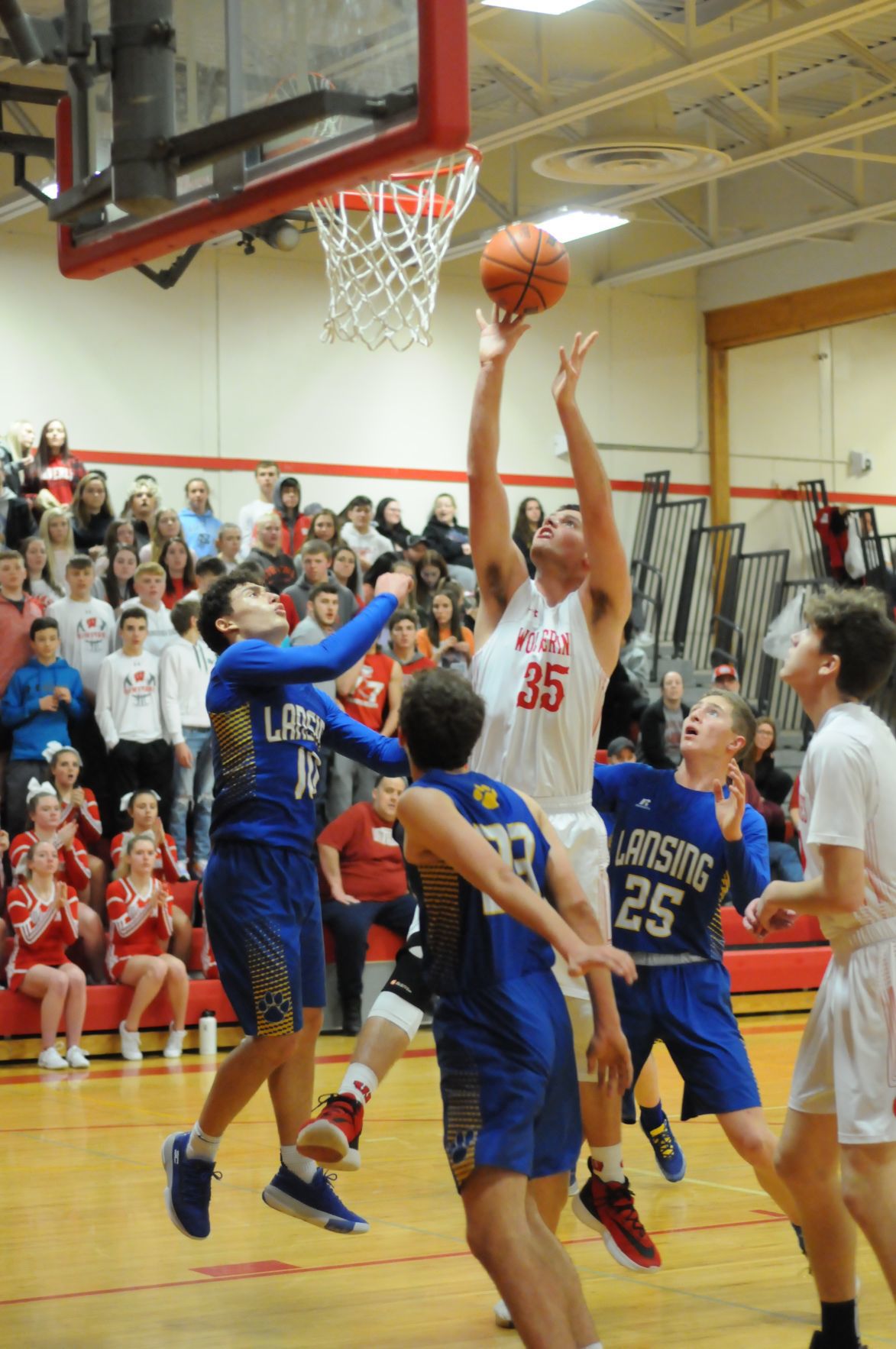 Waverly’s Kobe Decker goes up for two during his team’s game against Lansing Friday night.

WAVERLY — Waverly’s offense was on and the defense stellar Friday night as the Wolverines downed Lansing 65-45.

The Wolverines held the Bobcats to a single point in the first quarter to take an 11-point lead. Even after Lansing netted its first basket of the night with 6:25 to go in the first half, the Wolverines were still pulling away. When Nick VanHouten hit a three-pointer at the second-quarter buzzer, Waverly led 34-8.

“We were very locked in in the first half,” said Waverly Head Coach Lou Judson. “I liked what we were doing. It was a good opportunity to get everyone in the game. Lansing’s a good team that will get its share of wins.”

POPLAR RIDGE — A large crowd was on hand in Southern Cayuga on Friday night, for the school’s Hall of Fame induction ceremony prior to the boy’s varsity game. That large fan turnout helped the Chiefs handle the Tioga Tigers with ease throughout the entirety of the game to earn a 66-35 victory.

The Chiefs started the first half strong with their three-point shooting allowing them to jump out to a comfortable lead early in the game. The team tallied five first half threes while the Tigers were only able to knock down two.

With a 40-18 halftime lead, Southern Cayuga put pressure on Tioga to make a comeback which allowed their defense to shine, holding the Tigers to just seven third quarter points.

In the final period of play, the Tigers were able to outscore the Chiefs, but it wasn’t enough as they dropped their seventh game of the season.

Junior Jackson Otis started the game strong for Southern Cayuga tacking on 11 first half points to lead him to a game-high 15 in the win.

Tioga senior Sam Taylor was able to lead his team with 12 points.

With the loss, Tioga is still in search of their first victory of the year, with the majority of the season still remaining, while Southern Cayuga moves to 4-5 overall.