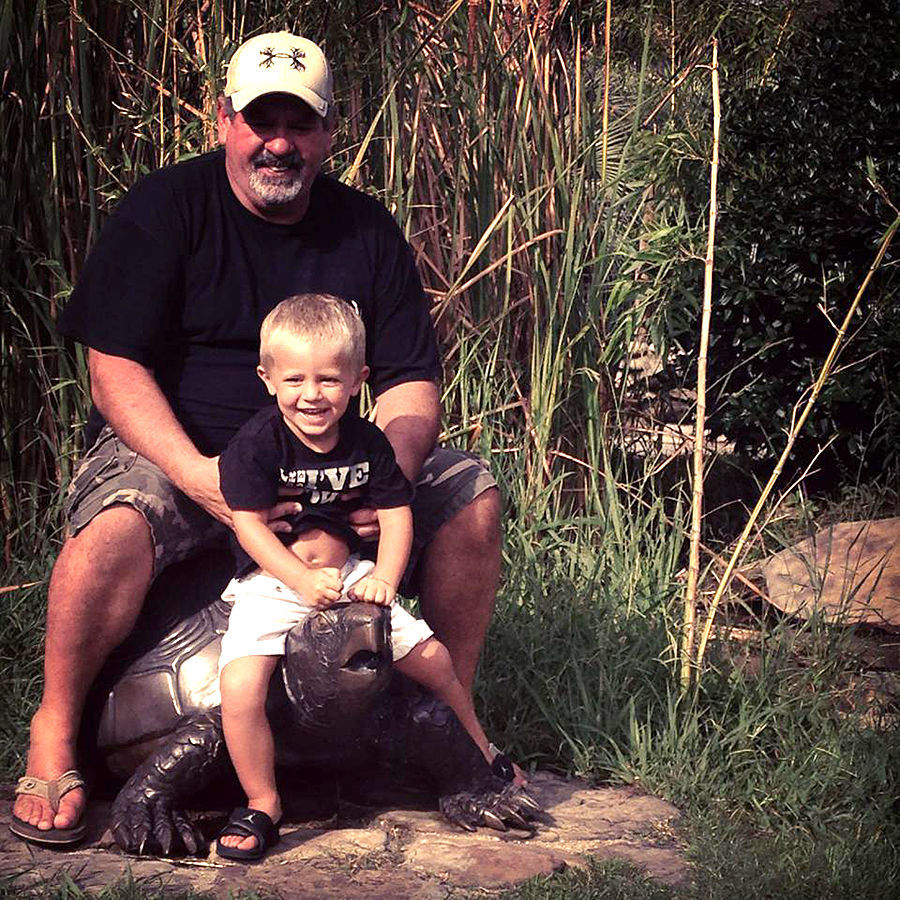 I wasn’t going to write a column this week as we were busy here at the Morning Times putting together this year’s Football Preview section and the first edition of Football Friday — and I figured what’s the harm in taking a break for a week?

That mindset changed when I heard some horrific news on Thursday afternoon. An 8-year-old boy died in a car accident in South Carolina. Now this kind of stuff happens all over the country, but this time it was the grandson of someone I consider a close friend — a brother even.

Austin Streeter was on his way to school with his mom, Athens native Kelli Sinsabaugh, when they were involved in an accident. Kelli was rushed into surgery following the crash and will have a long journey to recovery. But tragically, Austin passed away from his injuries.

Austin is the grandson of Ric Sinsabaugh. A lot of you will know Ric. Whether it’s from his days coaching Kelli in softball way back when or from Chemung Speedrome where he has taken photos for us here at the Morning Times. You might even know him from playing cornhole down at Tanner’s and at other tournaments throughout the region.

I’ve known Ric for most of my life. First as a coach of my sister Courtney and his daughter Kelli’s softball team. And later as a friend — whether it is to watch sporting events while enjoying some adult beverages or camping up at Watkins Glen for the NASCAR race.

One thing that stands out about Ric is the fact that he always, and I mean always, will put his friends and family first.

If you are friends with Ric and you need something, all you have to do is ask and he will be there for you.

Now, it’s time for the community to step up for Ric and his family — and I know it will.

It wasn’t more than a couple hours since the news broke of this horrible accident that members of this Valley community began planning a benefit for the Sinsabaugh family.

I got a call from my good friend Cody White, who asked if I would be willing to help out with a cornhole tournament that would raise money in Austin’s memory and for Kelli and her family, which includes her mom Val and sister Shauna.

He knew he didn’t really need to ask. I was in, and after a short meeting at Tanner’s with co-owner Ryan Wood, the plan was starting to take shape.

Next Sunday, Sept. 1, there will be a cornhole tournament and raffle at Tanner’s Bar & Grill in Athens. All the money raised will go to Kelli and her family.

The cost for each two-person team will be $50. There will be items to be raffled off along with 50-50 raffles.

This will all be held outside Tanner’s, with some of it held under the new pavilion that Ric Sinsabaugh helped build in recent weeks.

I’m confident that our little community will once again rally for one of its residents — because I’ve seen it time and time again.

So if you have some time next Sunday, please head down to Tanner’s at noon to play some cornhole or just to hang out and help us raise some money. And if you are a business owner or just have something that you think will be a good raffle item, don’t hesitate to contact me at editor@morning-times.com.

Let’s step up for Ric and his family. I know he would be the first one in line to do whatever he could if this happened to another member of our community.