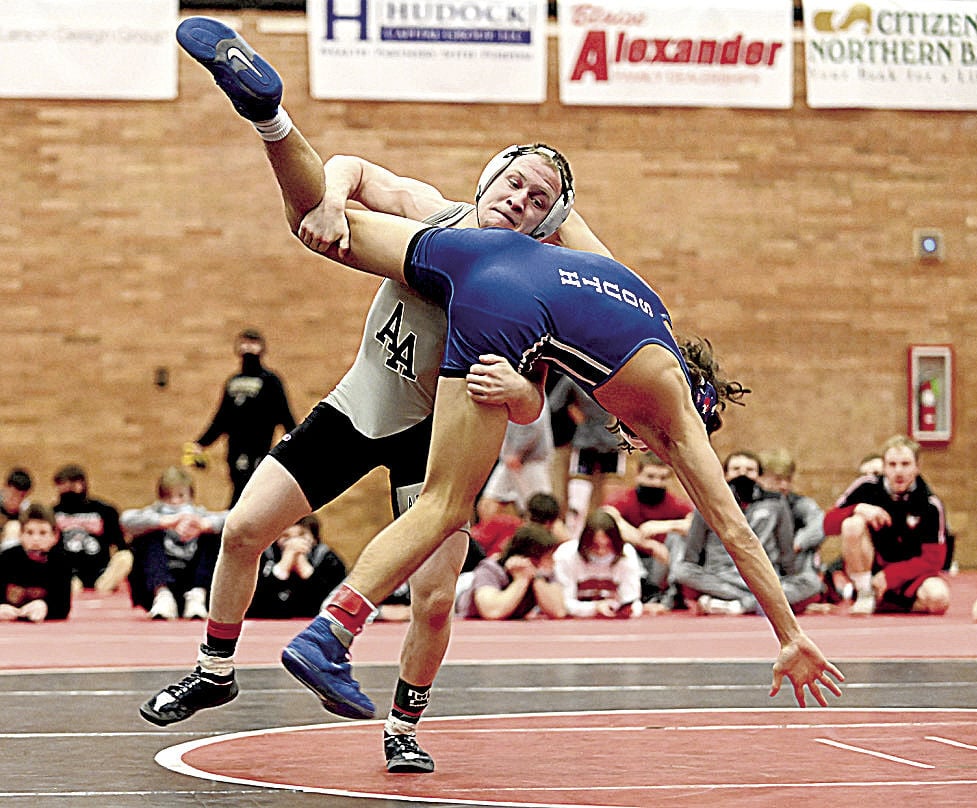 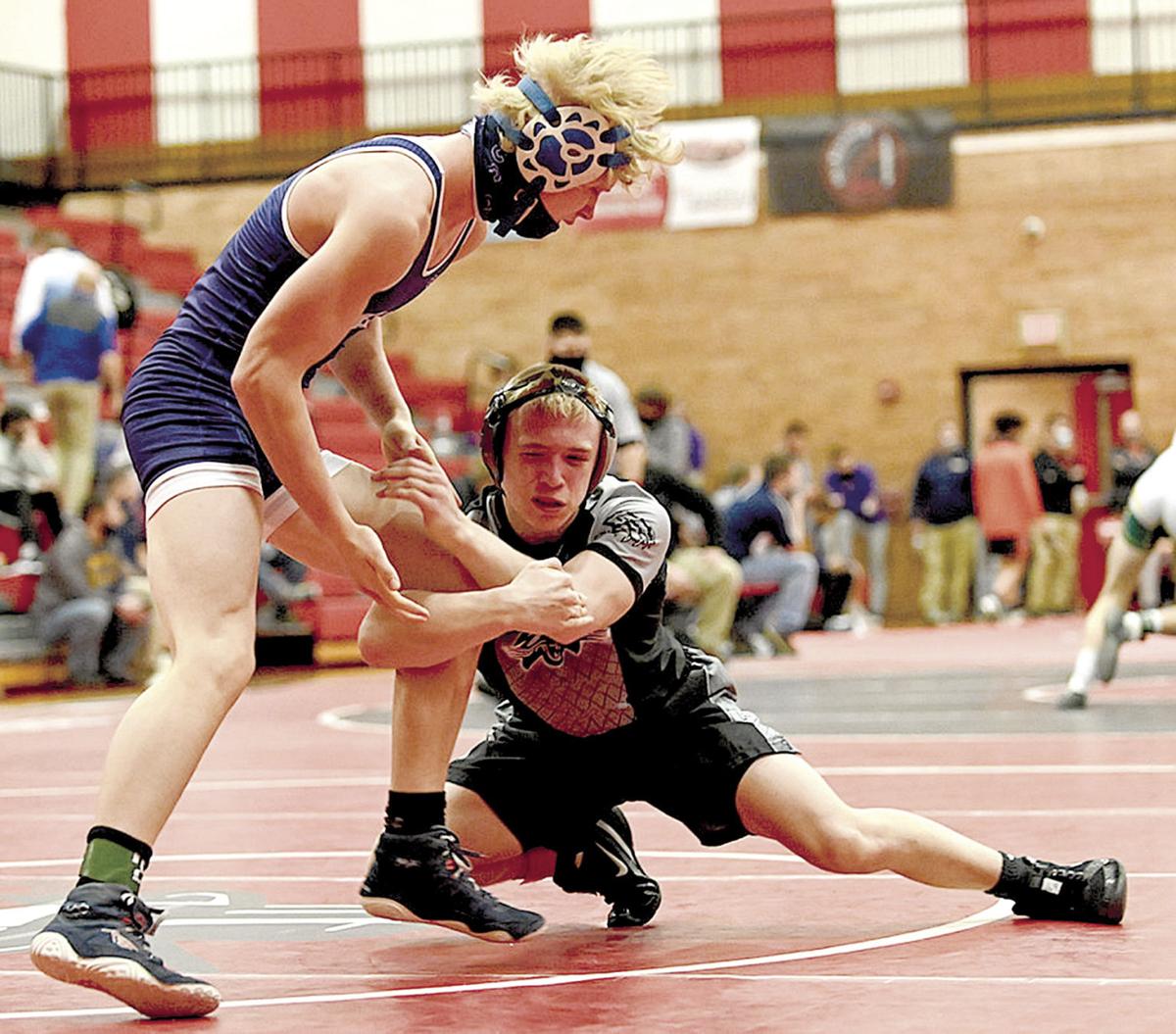 WILLIAMSPORT (PA) — During an ordinary year, the road to Hershey is grueling for wrestlers seeking a state medal. However, this year has been no ordinary year. As a result, the road to Hershey is more perilous than ever. Two Wildcats, Gavin Bradley and Kaden Setzer, managed to survive the District Four wrestling tournament and advance to next week-end’s Northeast Regional tournament.

“It was great that we got to wrestle and we still continue to wrestle,” said Coach Bradley. “But the fact that we don’t get full wrestlebacks and the kids can’t wrestle back from [an early loss] hurts.”

Two Wildcat wrestlers suffered such losses in the opening elimination round of Saturday’s tournament. Chris Bathgate, wrestling with injuries, was pinned by Danville’s Westen Whapham. Karter Rude was wrestling well in a tight bout, but got pinned by Montgomery’s Kaide Drick.

One Wildcat escaped the elimination round. Sophomore Jacob Courtney set the tone for his day with a redemptive win over Lane Schadel of Line Mountain. Schadel beat Courtney twice during the regular season, including a 15-0 technical fall. Saturday, Courtney gave up the initial takedown, but then dominated the rest of the bout for a 10-6 win.

Courtney was sent to the wrestlebacks by eventual champion Gable Strickland of Benton. Courtney earned his way to the crucial fifth and sixth place bout and faced a familiar opponent in Seth Seymour of Troy. Only the winner would advance to next weekend’s tournament. Seymour beat Courtney three times in the regular season. Saturday, in a scramble fest, Seymour was once again victorious courtesy of a takedown in overtime.

Courtney identified the cause of his improvement as mental. “I think I actually wrestled.” He explained that in competition he has not always wrestled as well as he does in practice. He also credited his teammates, Gavin Bradley, Kaden Setzer and Karter Rude for pushing him in practice.

Setzer struggled to find his offense in his opening bout against Ian Yoder of Southern Columbia and was bumped to the consolation brackets. Once there, he rediscovered his duck-unders and high crotches. His offense propelled him into the fifth-sixth place match against Central Columbia’s Isaac Kester. Setzer lit up Kester with six takedowns. The final takedown sent Kester to his back, for a fall, and Setzer to next week’s tournament.

Setzer acknowledged room for improvement in “finishing shots and definitely getting off bottom.” He will work with coach David White and teammate Gavin Bradley to sharpen his technique as he prepares for next week.

Bradley emerged as the 113 pound champion but struggled a bit in his semifinal bout against Warrior Run’s Kaden Milheim. Milheim, ranked eighth in the state by PA Power, stymied Bradley in all three positions. Bradley, usually a dynamo on his feet, only scored two takedowns. He was also unable to turn, or even ride, Milheim when on top and struggled to get off bottom. However, his two takedowns proved to be the difference in a 4-3 win.

Coach and wrestler made some adjustments that had an immediate impact as Gavin returned to form in the finals. He scored three takedowns and was able to escape from bottom against South Williamsport’s Bobby Gardner, ranked fifth in the state by PA Power. Gavin won 7-1.

Coach Bradley saw Gavin’s struggles as just a bad match. The adjustments they made will let Gavin be better prepared for next week.

“He didn’t wrestle his best match and he still found a way to win,” said the coach. “Hopefully next week, I imagine he’ll probably wrestle that boy again, he’ll be ready and it will be a different match.”