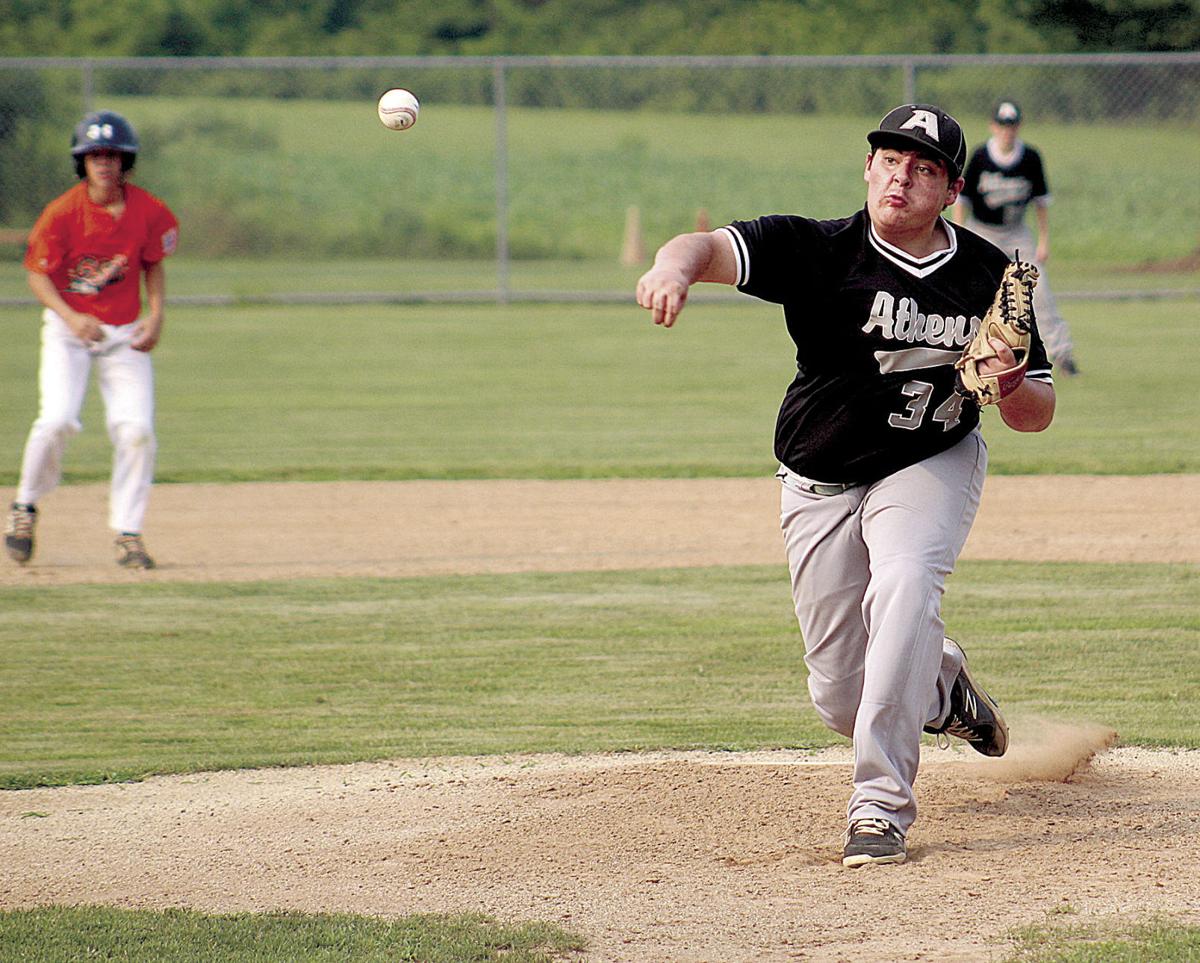 Athens’ Dylan Saxon sends a pitch to the plate in Tuesday’s Section 3 playoff game with a Jersey Shore baserunner in the background. 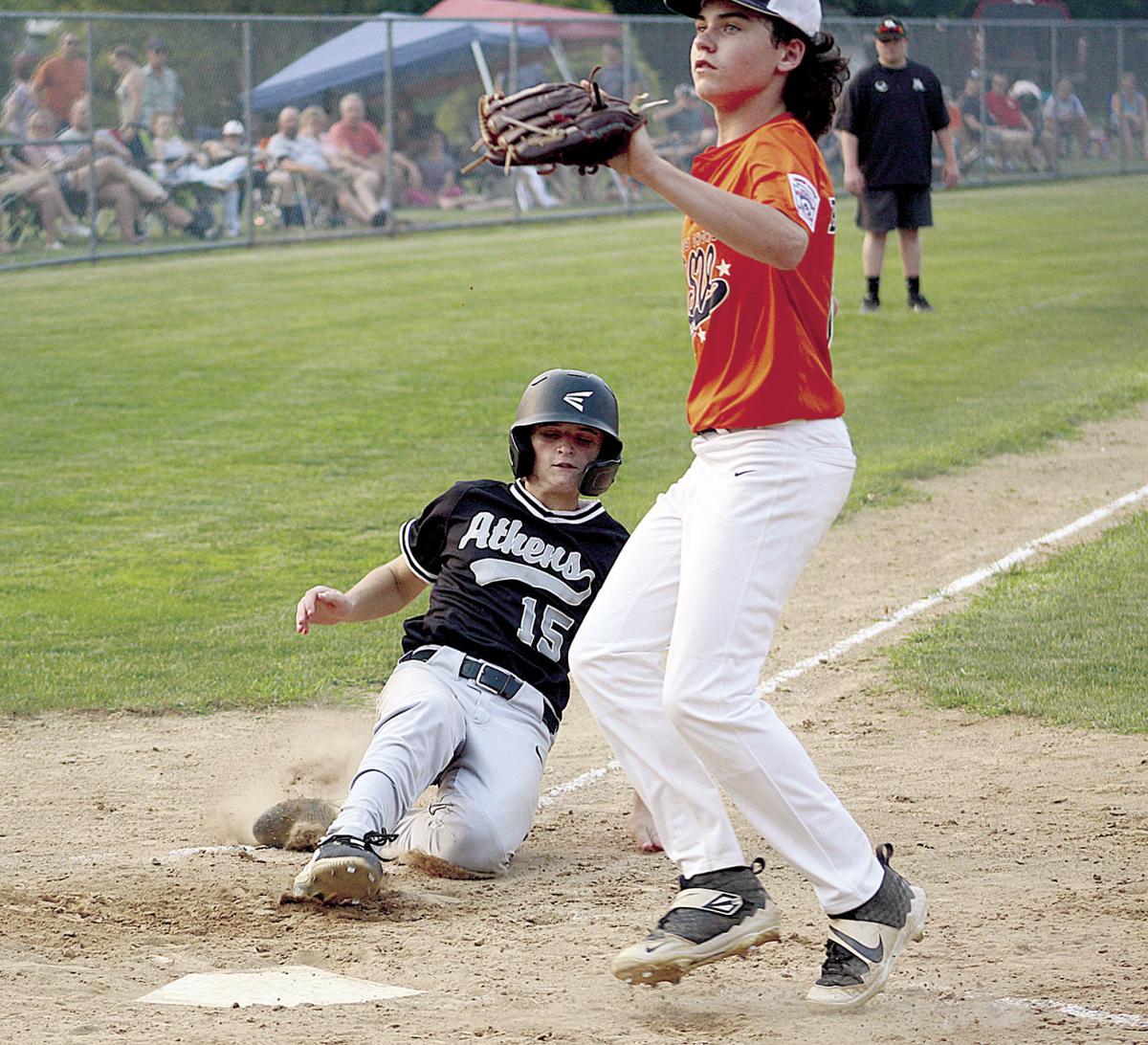 Athens’ Dylan Saxon sends a pitch to the plate in Tuesday’s Section 3 playoff game with a Jersey Shore baserunner in the background.

NEW BERLIN — As the final remaining Little League squad playing among local teams, the Athens Junior All-Stars started where they left off after capping off an impressive District title run. In the first round of sectionals, they drew Jersey Shore/GSV. Athens used an explosive second inning to get past their opponent in a mercy rule game that lasted five innings.

The win came from a score of 12-2, but even more impressive were the three pitchers who performed on the mound to produce a combined no hitter. Dylan Saxon, Matthias Welles and Nick Grazul each tossed a strikeout with two walks along with no hits to complete the game through five innings.

“An individual or combined no-hitter is always something cool to be a part of. It’s definitely something we will reflect on more once our run here comes to an end,” said Athens Manager Nick Bradley. “As for now, all we’re focused on is putting our brand of baseball on the field (Wednesday) and trying to top Warrior Run.”

However, the team’s dominance did not start at the first crack of the bat. It was Jersey Shore who struck first with a run due to good running around the bases. It wasn’t until an inning and a half later that Athens woke up.

The inning produced seven runs for the home team on the scoreboard and was highlighted by big plays at the plate from Carson Rowe and Troy Rosenbloom, who each had a double into left center field to drive in two runs. Athens cracked five total hits in that inning with the majority of the runs coming with two outs.

“I believe good hitting and good at-bats in general are contagious,” said Bradley. “We were able to work a few walks and come up with some timely hits that really gave us some momentum and got the ball rolling for us. Definitely a group effort.”

After a scoreless third, Athens added four more runs in the fourth to increase its lead to 11-1. The runs came off of two walks, a passed ball, and a sacrifice out from Karter Green to score Cooper Robinson.

Jersey Shore put up one more run in the top of the fifth while Athens answered in the bottom half of the inning to produce the final margin of 10 and end the game in a five-inning mercy rule.

Grazul and Eli Chapman had a game-best two hits for silver and black while Welles returned to home plate twice in the contest.

“It was nice to start off the sectional tournament on a good note,” said Bradley. “The kids played well as a team, and every player was able to make a positive impact on the game, one way or another.”

Athens will make another two-hour trip south today when they take on Warrior Run from District 13. The winner of that game will earn a trip to the Sectional finals while the loser will play Jersey Shore in the elimination game.